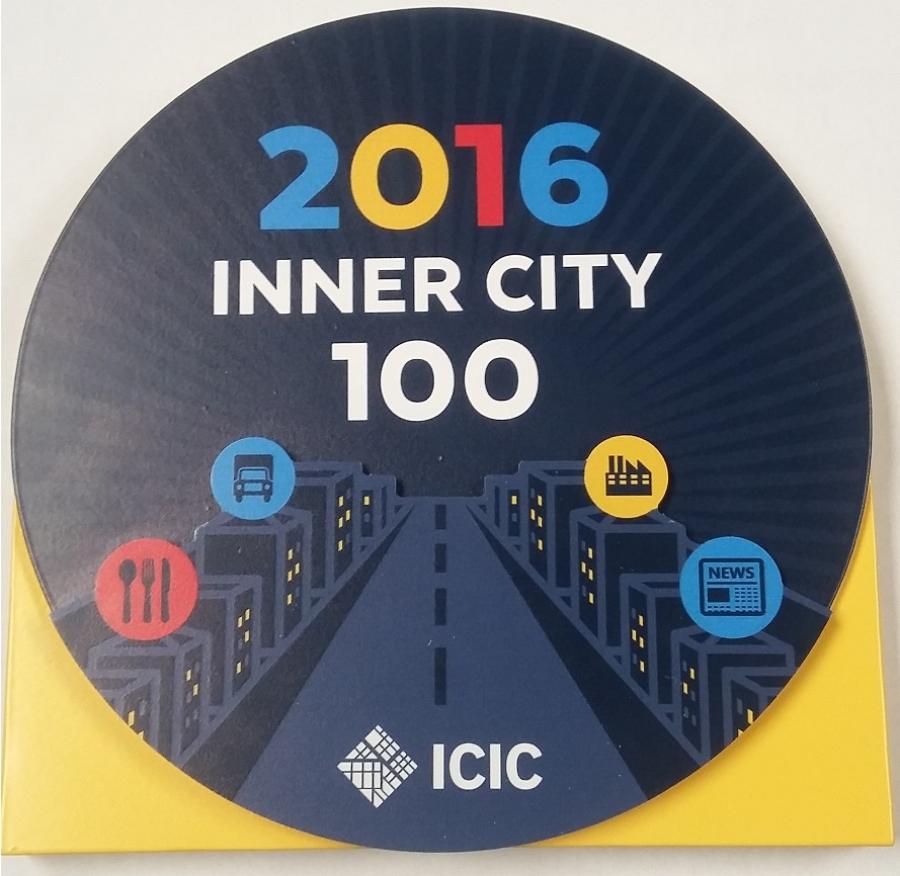 ICIC’s and Fortune’s Inner City 100 List features high-powered, high-potential businesses from around the country with headquarters in inner cities.

Durante Rentals, one of the country's leading providers of construction equipment and tool rentals, has been selected as a 2016 Inner City 100 Award winner by the Initiative for a Competitive Inner City (ICIC) and Fortune magazine. This is Durante Rentals second consecutive selection to the prestigious list that ranks and showcases the fastest-growing urban businesses in America.

ICIC's and Fortune's Inner City 100 List features high-powered, high-potential businesses from around the country with headquarters in inner cities. The ICIC defines inner cities as core urban areas with higher unemployment and poverty rates and lower median incomes than their surrounding metropolitan statistical area. Each company is selected by ICIC with help from a national network of nominating partners who seek to identify, spotlight, and further enable innovative urban entrepreneurship.

With a rank of 26th, Durante Rentals bested last year's ranking of 33rd on the list of 100 with reported 2015 revenue of $15.93 million and a five-year growth rate of 386%. “We are thrilled that once again, Durante Rentals has been listed as one of Fortune's Inner City 100,” said Chief Financial Officer, Christopher Jones. “Every day our team works extremely hard to bring our business to the next level, and it is a real honor to have that hard work recognized by such an impactful organization,” said Christopher.

The winners and their respective rankings were announced at the Inner City 100 Conference and Awards in Boston, where winners gathered for a full-day event featuring thought-provoking sessions, insightful leadership advice and robust networking opportunities. Winners were celebrated for their roles in providing innovation and job creation in America's underrepresented communities. “It has been a real thrill to watch, as in just a few years, our business has grown into the largest privately-owned equipment rental company in NYC,” said CEO, Anthony Durante. “We are proud of the impact our company has had on the lives of our employees and the inner city communities, like the Bronx and Mt. Vernon where we operate, and we look forward to an even brighter future,” said Anthony.

Boasting an average five-year growth rate of 458% between 2011 and 2015, the 2016 Inner City 100 winners represent a wide span of geography, hailing from 42 cities and 25 states. Collectively, the winners employed 7,324 people in 2015, and on average over a third of their employees live in the same neighborhood as the company.