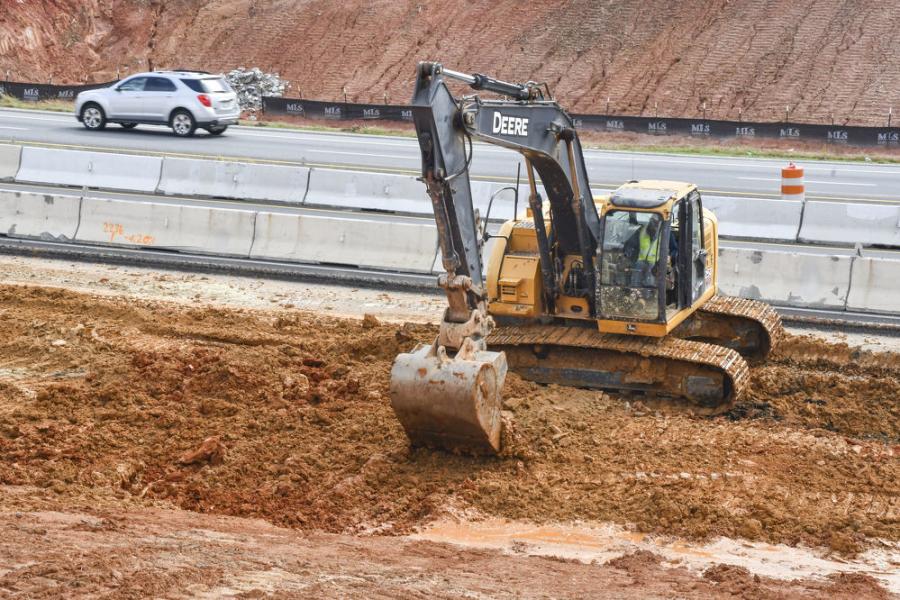 Considered one of the largest and most complex undertakings in South Carolina Department of Transportation (SCDOT) history, the I-85 widening project will reduce congestion on the interstate, improve the safety of interchanges and replace aging infrastructure when complete. (South Carolina DOT photo)

Considered one of the largest and most complex undertakings in South Carolina Department of Transportation (SCDOT) history, the I-85 widening project will reduce congestion on the interstate, improve the safety of interchanges and replace aging infrastructure when complete. The $620 million effort is being carried out in two phases, requiring coordination with FHWA, contractors, local governments, utility companies and property owners.

"This project had been on SCDOT's priority list for some time," said Shane Parris, SCDOT design-build engineer. "The project spans 29 miles of existing four lanes that are being reconstructed. An additional lane is being added in both directions. The completed roadway will be a total of six lanes." 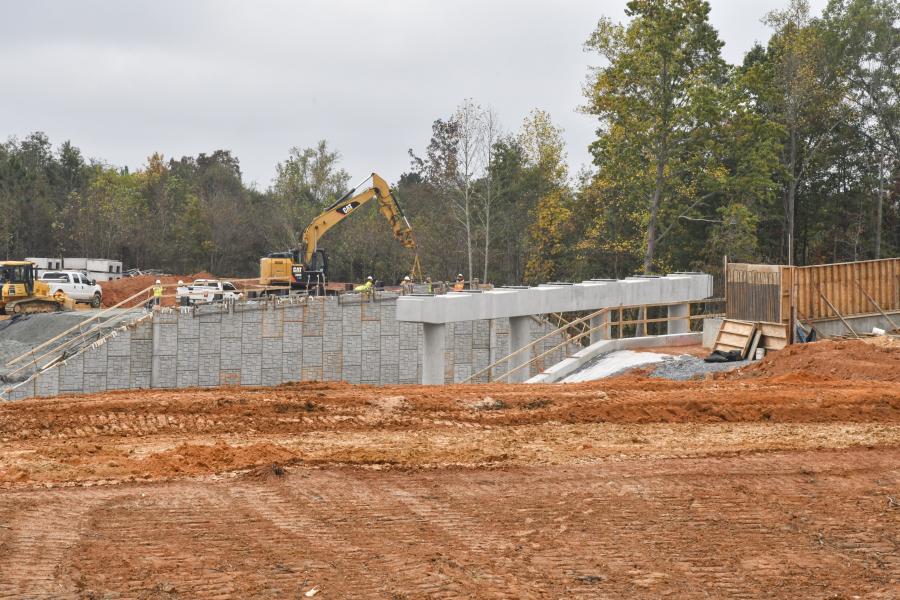 "Using the design-build method, contractors are selected based on qualifications, innovation, time bid and cost bid," said Parris. "The contractors selected needed to demonstrate knowledge and experience with past similar projects, as well as access to and expert operation of multiple types of heavy construction vehicles and machinery.

It gives SCDOT the best value for the completed project, allowing for a faster pre-construction to construction delivery, and therefore yields a faster overall completion date. It also provides greater flexibility if needed changes in the project arise."

Constructed in the 1950s, Interstate 85 is one of the state's most significant corridors for personal and business travel, as well as the movement of freight for much of the southeastern United States I-85 is a major truck route connecting five southeastern states between Richmond, Va., and Montgomery, Ala.; however, its aging infrastructure, combined with the rapid growth of the nation's sixth fastest growing state, means I-85 couldn't sustain traffic needs much longer.

According to SCDOT, reconstructing and widening I-85 in Cherokee and Spartanburg counties was one of its top priorities, made possible in part by the gas tax increase enacted by the S.C. Legislature in 2017. SCDOT has since tripled the amount of roadwork across South Carolina. Under its 10-year plan to improve the quality of the state's roads and bridges, the agency is putting that additional investment to work to improve I-85 and accommodate growth in traffic through 2040.

"Since this was a design-build procurement, the preparation work involved producing a set of preliminary plans that would allow us to secure the NEPA document," said Parris. "Federal highway projects are required to have NEPA documentation to authorize construction and the awarding of contracts. This is an FHWA-related interstate project, so the planning, preconstruction and public engagement was extensive. The project featured public meetings and a formal public hearing during which we received comments from the public and narrowed the project design from multiple possible alternatives to the selected design. 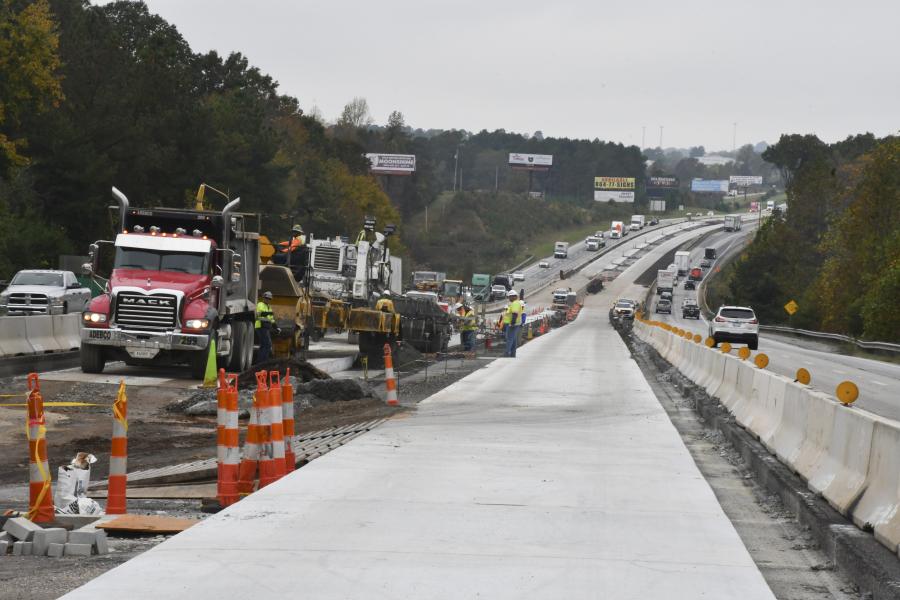 In addition to coordinating and communicating with multiple entities, a main challenge involves constructing an interstate with existing traffic. The work calls for reconstructing eight interchanges and replacing multiple bridges, including a CSX rail bridge over the Interstate. Crews are required to keep the highway open to more than 58,000 vehicles that use that portion of I-85 each day. This requires evening and weekend work hours and significant lighting and work-zone protections. Parris said drivers are coping with the construction as best they can.

"Construction space is limited. We have to maintain safety for the motorists, our employees and our partners' employees, and the public. It's also important to keep people informed of lane closures and road closings. Motorists are inconvenienced with nightly lane closures and multiple temporary road closures throughout the project; however, the interstate remains open, and we are making important progress toward better infrastructure that will serve motorists for decades to come."

The section 1 rehab southbound from mile marker 77 to 80 has been completed and opened to traffic, as has section 1 northbound from 77 to 80. Crews have been focused on bridge construction, roadway paving, drainage installation, utility relocation, earthwork excavation and earthwork embankment. Every aspect of interstate and interchange construction is taking place, sometimes simultaneously, along different portions of the corridor. 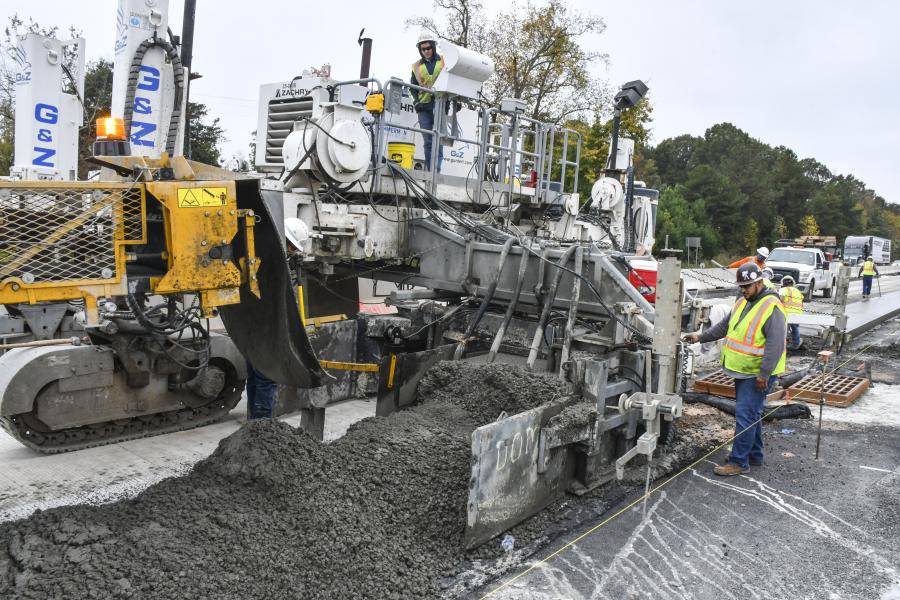 As for unexpected issues, said Parris, "A project this size is very complicated. There are weekly changes to resolve minor issues resulting from needed field changes. Most are drainage related or transitions to existing road or structures. This is another purpose of the design-build method. Designers are available to assist as problems arise."

More than 30 types of heavy construction equipment are being used for earthwork, paving, demolition, bridge construction, pile driving, milling and hauling. Heavy machinery includes, but is not limited to:

Approximately 2.1 million cu. yds. will be moved during construction, including 1.2 million cu. yds. of borrow and 900,000 cu. yds. of excavation. Dirt is excavated in locations where it is no longer needed and hauled to areas of the job where dirt is required, depending on new design grade. 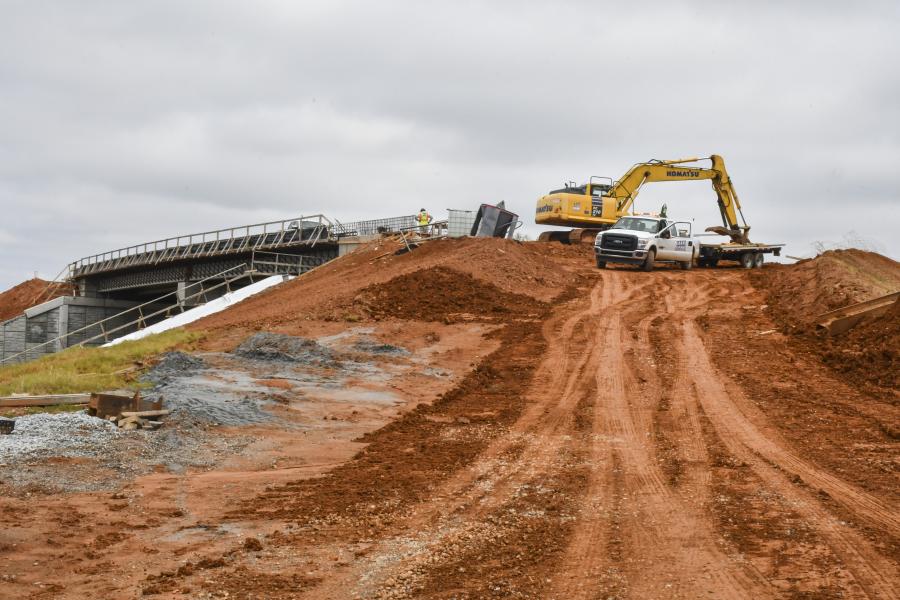 Parris noted that before work began, the interstate was at maximum capacity and deteriorating. Interchanges were low and substandard to current specifications. The project includes the demolition of existing bridges, along with a few structures associated with right-of-way. In addition, SCDOT and contractors have worked closely with CSX on requirements for replacing the existing railroad bridge.

"We will replace the bridge with a new 367-foot-long rail bridge long enough to accommodate future widening, should it be necessary. SCDOT's bridge replacement funding will cover the cost of laying 4,115 linear feet of new rail associated with the bridge. Also, utilizing unique construction techniques, in 2021 we will replace the bridge by lifting and setting in place the entire new bridge deck, already-assembled." Construction on both phases is expected to be completed in late 2024. For South Carolina Transportation Secretary Christy Hall, the work comes not a moment too soon.

"If ever there was one project needed so much by the community and requiring all facets of planning, design and construction, this is it. State leadership invested in a road and bridge improvement plan, and we're utilizing that investment and all of our capabilities to deliver a best-in-class interstate designed to meet the state's growth for decades to come." CEG