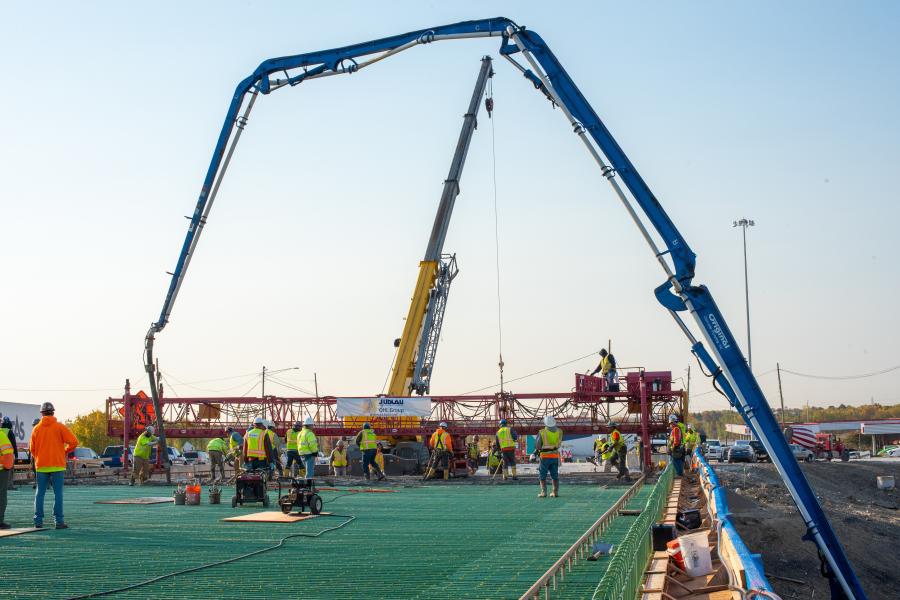 Serious progress is occurring on the Illinois Department of Transportation’s (IDOT) $48,038,549.23 north contract for the I-55 Interchange at Weber Road project as Judlau Construction Inc. crews have put in a solid effort since spring 2019.

Serious progress is occurring on the Illinois Department of Transportation's (IDOT) $48,038,549.23 north contract for the I-55 Interchange at Weber Road project as Judlau Construction Inc. crews have put in a solid effort since spring 2019.

They have quickly advanced from the pre-stage phase to the demolition of the eastbound bridge on the existing interchange, as well as engaging in earth work and other heavy construction activities, to meet the fall 2022 delivery date. 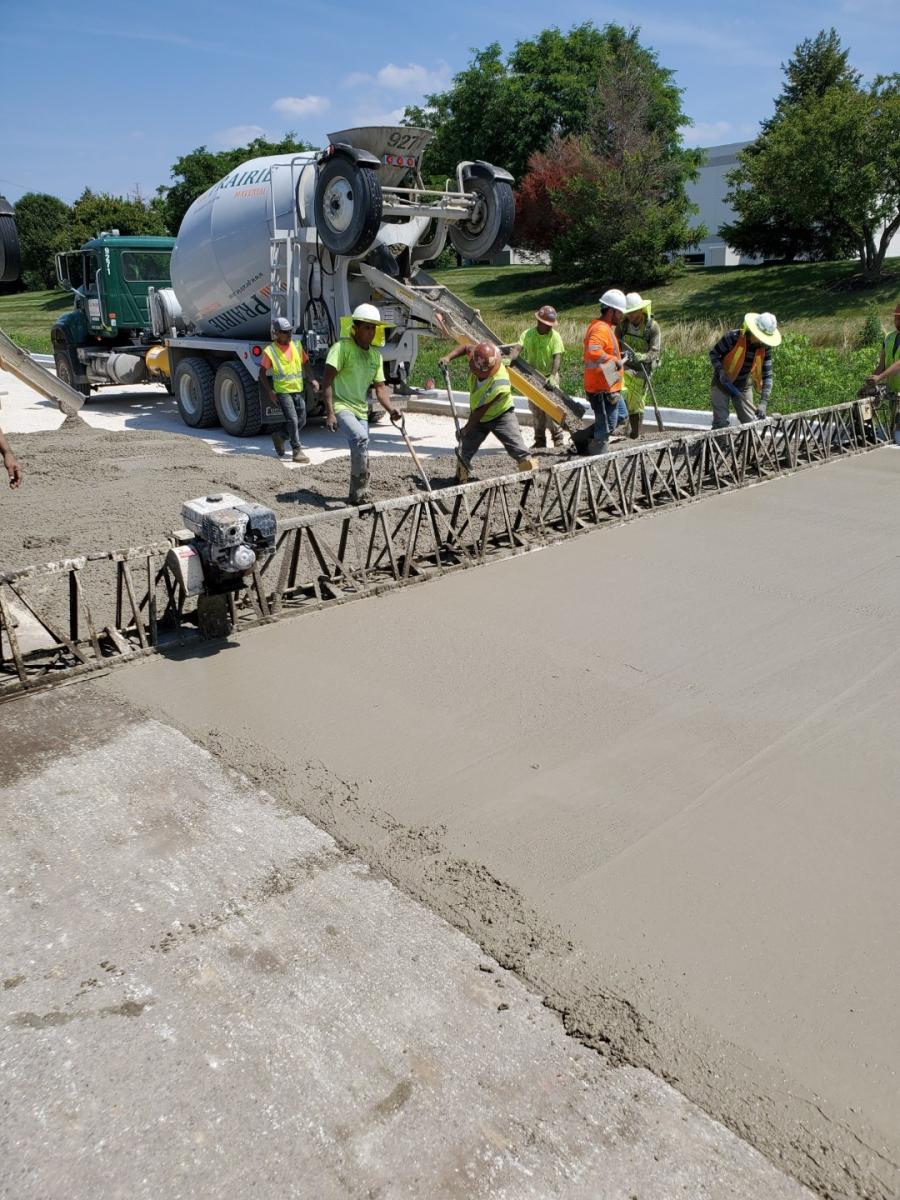 IDOT awarded the contract to Judlau in 2018. The plan was to start the operation in October 2018, but utility relocation delayed the operations. Commonwealth Edison (ComEd) completed the switching of power from the existing lines to new lines and services in 2019, and self-performed the removal of existing system. The removal of aerial cable over I-55 was accomplished last spring.

The pre-stage work had crews remove median barrier along I-55 within the staging area and engage in earth work operations that included topsoil stripping, embankment and aggregate sub-base installation for temporary pavement. Since then, crews have completed the following: stage 1 piers, abutments, pavement removal, embankment, ramp removal, subbase, subgrade and electrical, and they continue with storm sewer installation, and road, bridge and interchange activities.

The work zone for the entire project, the north and south segments, runs from 119th Street north/Rodeo Road of the interchange to 135th Street/Romeo Road to the south and 0.5 mi. east and west of Weber along I-55. The reconstruction and widening of the concrete road is taking place in Will County and within the villages of Romeoville and Bolingbrook.

"A time extension was granted due to delays in relocating utility lines," IDOT officials told Construction Equipment Guide. "Based on the new completion date, the project is on schedule."

Weber Road, a north-south artery with two lanes in each direction, is being rebuilt to have three lanes each direction. The existing interchange is being reconstructed as a diverging diamond interchange (DDI). Crews also are reconstructing I-55 ramps; building dual bridge structures and retaining wall; installing interconnected traffic signals through the interchange, sidewalks and a 10-ft. wide shared-use path; overhead sign structures; CCTV cameras and fiber-optic connection and continuous LED roadway lighting with four high mast light towers; putting in an enclosed drainage system with in-line detention, signage, and pavement markings; and various intersection improvements.

In addition to new lanes, Normantown Road will have new dual left turn lanes for southbound and eastbound traffic and right turn lanes for three legs of the intersection. Fence stone sound walls are being placed adjacent to residential areas. 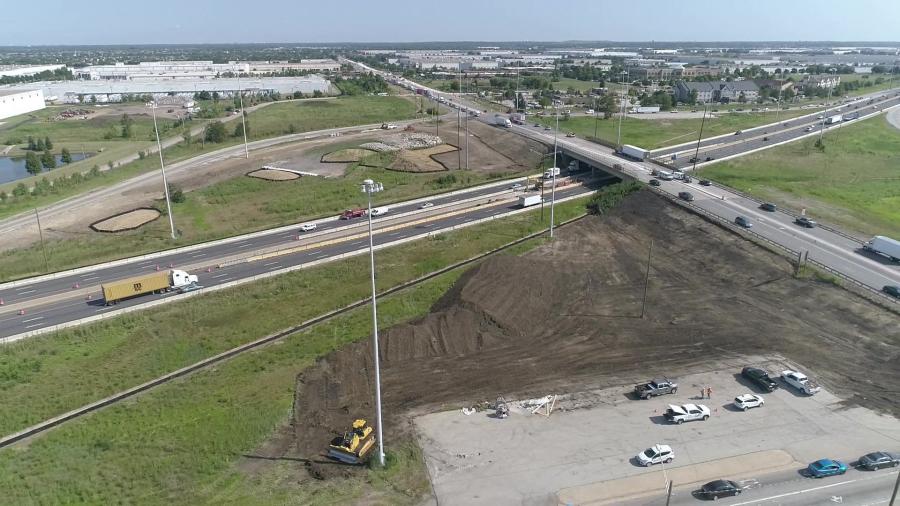 "The purpose of the project is to address safety, operational and capacity deficiencies in the Interstate 55 and Weber Road Interchange project study area," stated an IDOT web page. "This section of Weber Road and the interchange with I-55 are critical commuting links for the region and serve a number of businesses and industries locally."

The interchange was built in 1990 when much of the area around Weber Road was primarily used by farmers and motorists from nearby residential subdivisions.

"Since 1990, the population in Will County has nearly doubled, making it one of the fastest growing counties in the nation," stated the project web page. "The interchange and roadway are congested and traffic volumes are anticipated to continue to increase as growth continues in the region. In 2009, Will County completed a feasibility study of possible improvements to the interchange."

For the pre-stage work, Judlau crews prepared the site for major construction via median removal; the installation of temporary pavement, traffic signals and storm sewer; and utility relocation.

Key milestones for the 2020 construction season are: building a new bridge for future northbound traffic and completing the southbound lanes on Weber Road.

Much of the work centers on the interchange. 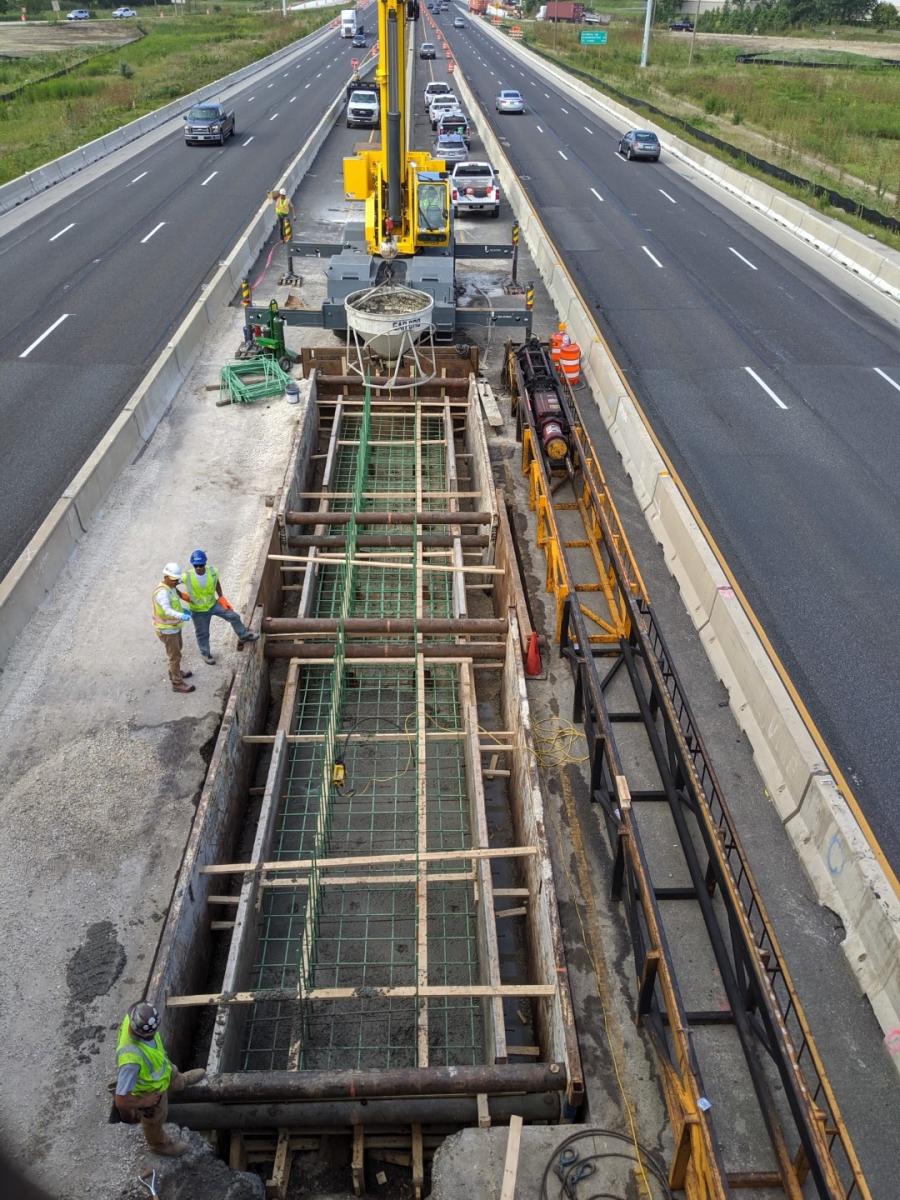 Judlau crews completed the demolition work for Stage 1 — the westbound bridge on the interchange — and have started the substructure work. Night work has been minimal, but night shifts were scheduled to remove the deck and beams.

IDOT noted that it has a solid working relationship with Judlau, particularly in keeping the project moving on schedule.

The earth work operations are proceeding smoothly, with no major challenges expected. This work will continue for the duration of the project. Materials are brought in from outside sources to meet all structural requirements.

The new bridge, still under construction and 10 ft. longer than the old one, will be 252 ft. long and have a width of 60 ft.

"We are reducing the width because the DDI facilitates movement and allows for the free flow of traffic in the adjacent areas," stated IDOT, which pointed out that the demolition went smoothly and that a similar process will be repeated for the westbound bridge. "Judlau did it in stages, and every precaution was taken to ensure that debris did not fall below. For the overhang portion, this was done at night with lance closures."

False decking has been set up to separate the two bridges. For the main (upper) bridge, work is ongoing to build the substructure.

"All work is following the progress schedule," stated IDOT. "Work on the superstructure continues with portions of the new deck to be poured in fall 2021."

The construction of the new roads and ramps for Stages 1 and 2 will be done in phases, along with traffic shifts. Crews have demolished eastbound interchange bridge and are working on new substructure.

"Aggregate base for the new road was placed from the north end of the project down to the interchange," stated IDOT construction officials. "The retaining wall at the southwest corner of 119th and Weber Road is complete. Storm sewer work within the interchange is on-going. Earthwork in all four infields is on-going. The working platform for the ground columns was installed along with the Stage 1 ground columns. Stage 1 storm sewer work on Normantown Road is complete. All work in the center median of I-55 was complete and traffic shifted four feet left into the Stage 1A configuration. Construction of the abutments are complete, [as well as] drilled shafts and steel piles for the retaining wall in front of Speedway, south of the interchange. 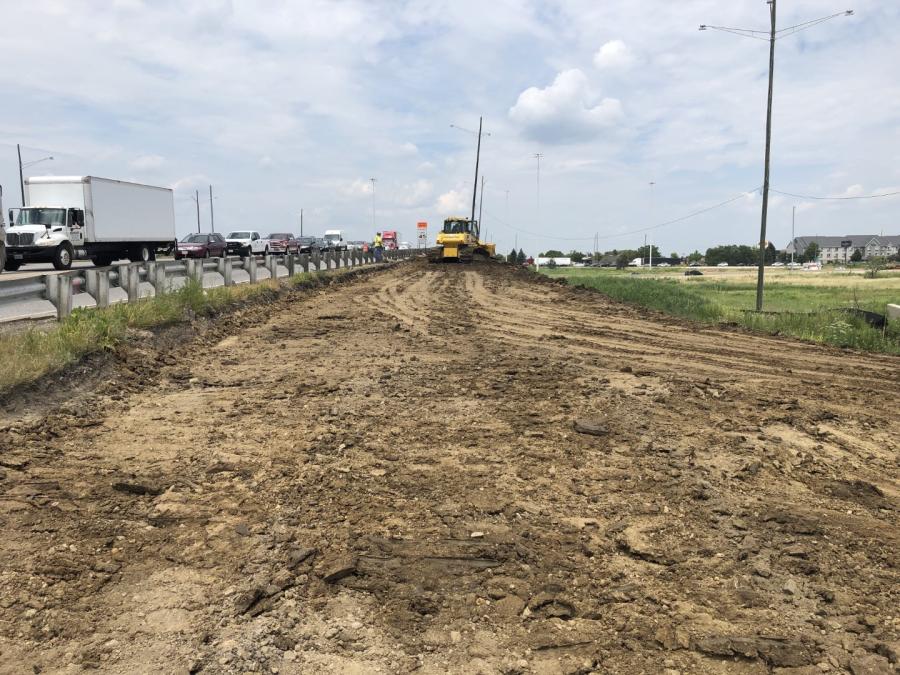 "Earthwork and storm sewer will continue at the interchange. South of the interchange, concrete facing for the retaining wall in front of Speedway will be formed and poured, and embankment placed behind the wall and grading for the new roadbed will be done. Embankment and storm sewer will be placed in the slough area. Normantown Road will be graded for the new roadbed."

Peak days thus far have seen more than 40 Judlau and subcontractor employees on-site. Local and regional subcontractors have been hired.

Judlau expects to re-use suitable earth that has been excavated, as well as HMA and crushed concrete from various items that have been removed.

Prairie Material is providing some of the concrete being poured for the project.