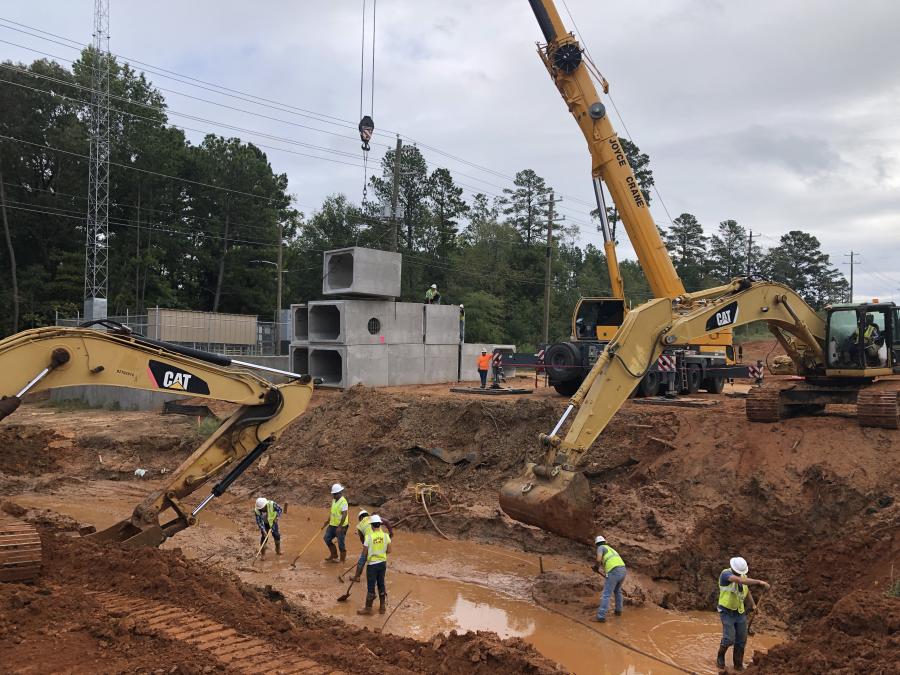 East Texas Bridge Inc. (ETB) started operations last July to widen a portion of FM 2206/Harrison Road from Loop 281 to Fisher Road in the city of Longview (Gregg County), a $15.16 million Texas Department of Transportation (TxDOT) project that is taking the road from one lane in each direction to two, with a center turn lane.

The project, financed by state  and federal funding, is expected to be delivered in March 2022. The work also includes extending culverts and constructing detours to aid the construction effort. It also includes drainage structures, flexible base, curb and gutter, 5 ft. sidewalk on one side and 10 ft. shared use path on the other side, a new traffic signal at Loop 281, and pavement markings. 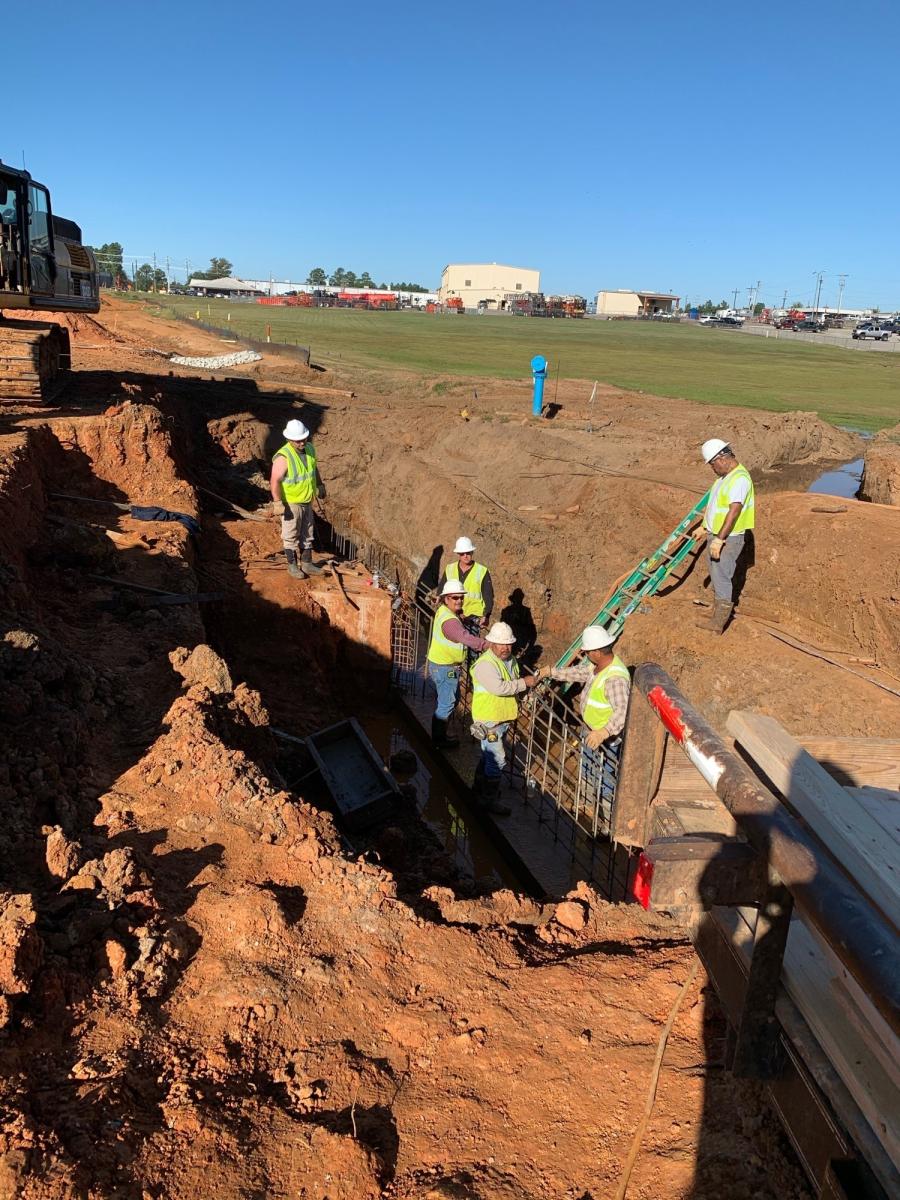 "Unknown utilities have already been encountered during construction," said Julie Hero, CCM, project engineer of RS&H. "These unknowns have been resolved relatively quickly with the help of the city and CEI consultant RS&H tasked with overseeing this project on behalf of TxDOT. For example, there was one overhead utility pole in which it was newly relocated, but the new location conflicted with a temporary detour. The owners, SWEPCO and AT&T, were able to come out and relocate their guy-wires for this pole in order for the contractor to construct their detour with no impacts to the project."

The project is being built via day-shifts.

"There are no shoulders, just the current two travel lanes, which can be challenging at times," said Hero, "but ETB has managed to safely store materials and work safely while maintaining traffic flow. All stakeholders are working well together for the common good of the project."

Temporary asphalt detours, approximately 6 in. thick, will be built to the side of the existing road to move traffic over so the permanent lanes can be built in phases.

"The work is ongoing and no current challenges have been encountered," said Hero.

The new lanes will expand the existing pavement of FM 2206 on both sides. Excavation and site preparation began in July  and is ongoing.

"Except for wet conditions early in project, there have been no other challenges with earth work," said Hero. "Soil types have been consistent with those commonly found in northeast Texas.  Topsoil rich in nutrients has been stripped from various fill areas and stockpiled on site for later use. The contractor utilizes heavy equipment retrofitted with GPS electronics to grade excavation and embankments to meet specifications. The contractor has on-site to his disposal three sheepfoot rollers. Most notable is a Cat 815 compactor."

Stacy Wylie, TxDOT assistant area engineer, Tyler District, noted that the new lanes will be composed of 8 in. of treated subgrade, 10 in. of flex base, 4 in. hot mix asphalt, one course surface treatment, and topped with 2 in. of hot mix asphalt riding surface.

"ETB is not to that point of construction," said Hero. "They are aware that some of the subgrade used to construct the detours will be utilized for the future road and has taken extra care to ensure the subgrade is good, stable material."

A  Superpave SP-C PG 70-22 mix is being used and is being supplied by Longview Asphalt.

The culvert extensions cover the length of the project, consisting of eight locations at existing cross culverts.

"The project contains an intricate underground storm sewer system," said Hero. "Challenges encountered during installation of storm sewer include uncovering unknown or unclaimed utility lines, and underground water. CEI has coordinated with utility companies to quickly identify lines on site and proceed with work. The contractor has worked to remove and replace unstable areas where underground water was encountered and continued work." 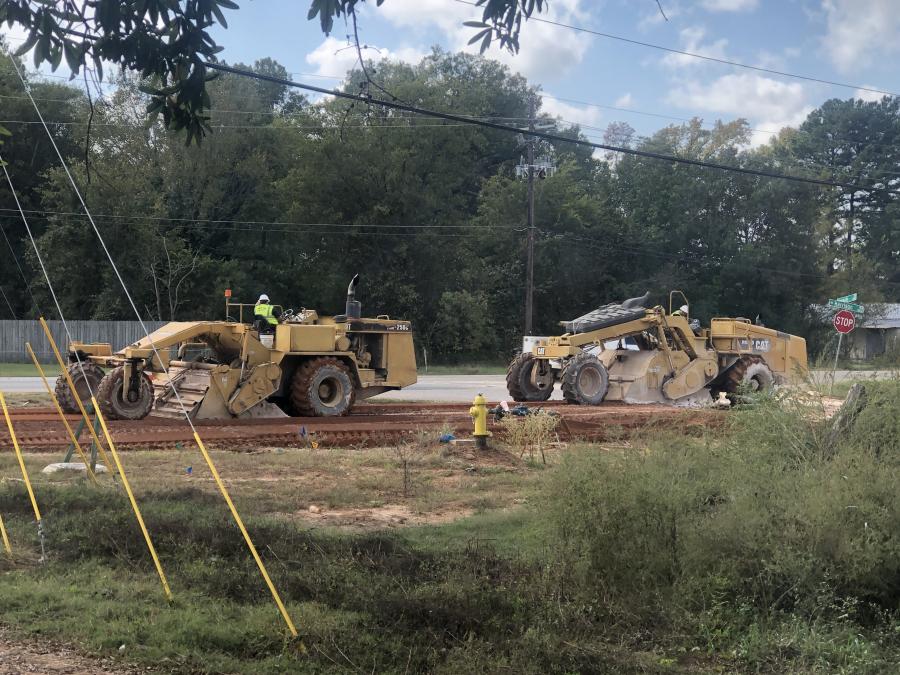 The drainage structure work includes curb inlets along both sides of the project that are tied together with underground storm drains of various sizes.

"All project stakeholders -- ETB, TxDOT, city of Longview and CEI RS&H have worked well on this project to tackle issues quickly and efficiently," said Hero. "Team morale is high, with an emphasis on safety and quality control."

The project includes 13 concrete headwalls, 97 concrete inlets and junction boxes. Crews will be suing 10,560 linear ft. of concrete curb and gutter and 4,000 tons of asphalt.

"ETB has a highly qualified mechanic who checks and maintains heavy equipment and operates a service truck," said Hero.

ETB purchases and rents equipment from local and regional dealerships.

This section of FM 2206, constructed in 1961, currently carries approximately 4,800 cars and trucks daily. The widened highway will be able to carry a projected 10,100 vehicles per-day anticipated in the year 2042 and meet traffic demands for 20 years. 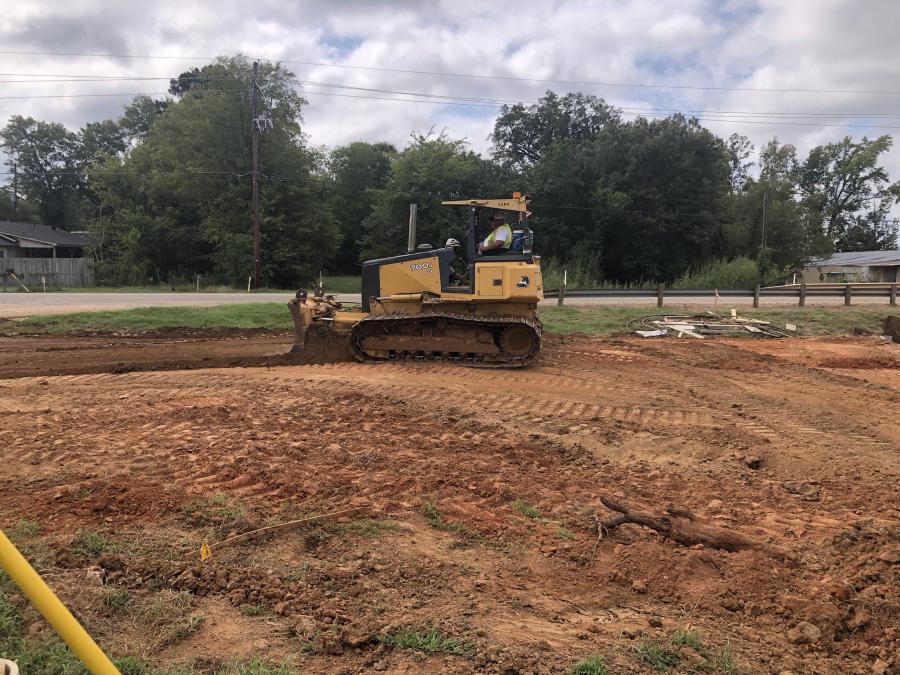 "The road is being widened partly to improve traffic flow and safety in the residential and industrial areas of the project," said Wylie. " Site distances will be improved, turning movements will be in a protected left turn lane and capacity will be increased. On a much larger scope, the project, with the second phase of construction from Fisher Road to SH 42 along with widening of SH 42 from US 80 to I-20, will provide a much-improved transportation route for goods and services from I-20 coming into Longview and will be a major improvement to the east/west corridor."

The project was designed by BGE Inc., consultants of Houston.

"Standard engineering design was used for the project," said Wylie. "There were no significant environmental issues. TxDOT did not own all the necessary right-of -way to complete the project. ROW was purchased from both sides of the project to fit in the proper alignment. This was a mix of commercial and residential properties that were acquired."

"The Transportation Commission, along with concurrence from the city of Longview, passed a minute order to reduce the work zone speed to 45 miles per hour along the route," said Wylie. "This promotes a safer work zone for the traveling public and construction workers." CEG