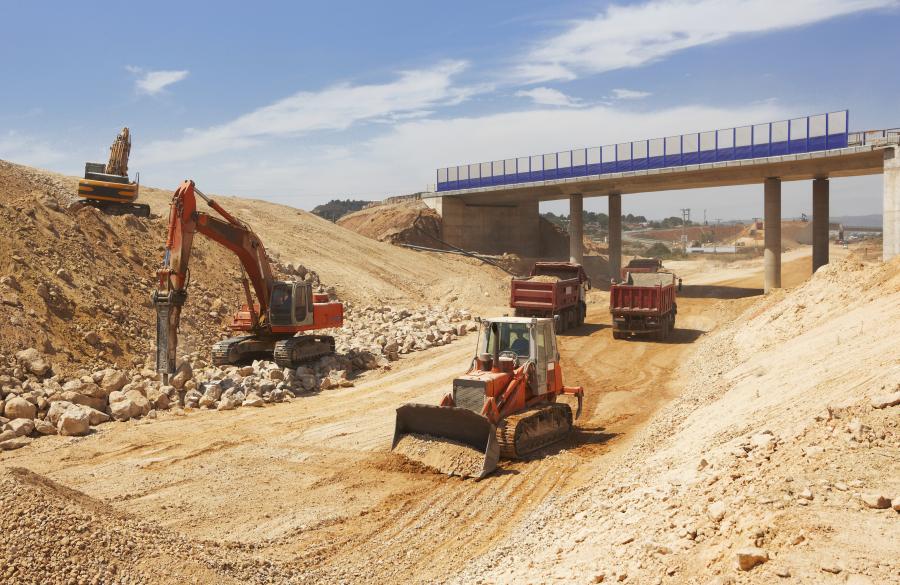 The transportation infrastructure market is expected to grow at least 5 percent next year, according the American Road & Transportation Builders Association. Increased transportation investments from federal, state, and local governments are helping to grow the sector.

Construction economists are not sugarcoating their outlook on the industry in 2020. The Equipment Leasing & Finance Foundation (ELFF) forecasts slower growth in the economy next year, and predicts equipment investment will be weak. The Associated General Contractors and the Association of Equipment Manufacturers also expect moderate growth in the construction market. Though not the rosiest picture, there are bright spots. In fact, equipment sales are actually on somewhat of an expansion track.

"Total growth in nonresidential construction spending, as reported by the Census Bureau's monthly ‘value put in place' series, will be close to the 2.2 percent increase recorded year-to-date for the first 10 months of 2019 compared to January-October 2018," he said. "The best-performing segments in 2020 are likely to include highway and street construction, transportation facilities — airports, transit, ports and railroads — and power and energy — solar and wind, possibly including offshore wind, and pipelines."

Simonson predicted the weakest construction category will be retail again in 2020, but the retail portion of mixed-use facilities, such as airport terminals and office buildings, will be the exception. He believes lodging construction is at risk of a pullback due to overbuilding or a possible rise in interest rates, while warehouse construction will continue shifting away from huge distribution facilities at the fringe of metro areas to smaller "last-mile" or "click-and-collect" structures inside metro areas. These projects will be more expensive per square foot but may not cost more in total, he added.

Asked which construction sectors are the healthiest at the opening of 2020, AGC's Simonson reported the highway, transit, and airports sectors "have benefitted from several years of state and local legislative and voter approvals of gas tax or other revenue increases and bond issues."

In fact, the U.S. transportation infrastructure market is expected to grow at least 5 percent in 2020, according to the annual economic forecast of the American Road & Transportation Builders Association (ARTBA).

"The real market growth for 2020 is being fueled by increased transportation investments from federal, state, and local governments," said Dr. Alison Premo Black, ARTBA chief economist, who conducted the analysis. 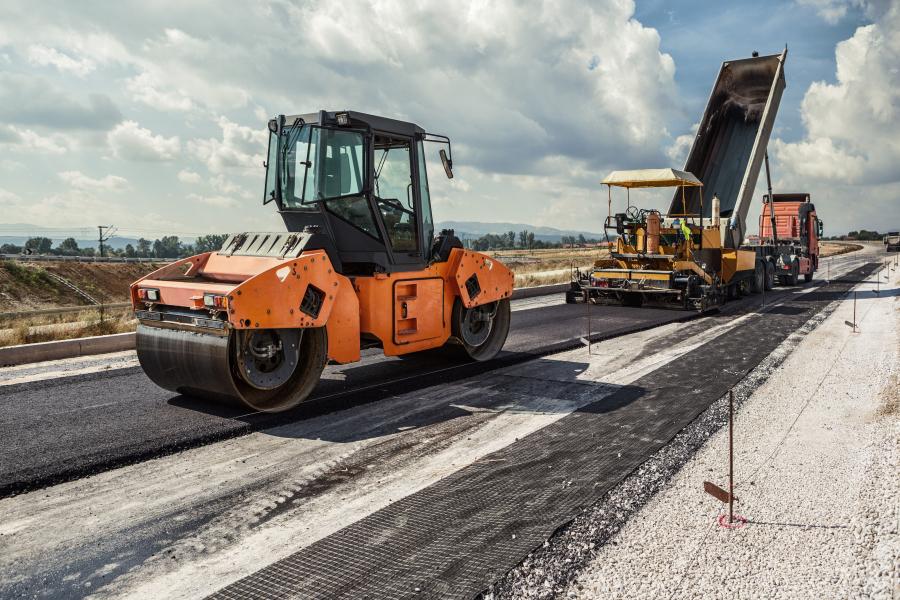 Overall, transportation construction market activity is expected to increase or be steady in about half of the states, according to the ARTBA report. Some of the largest markets, expected to remain stable or grow, include Texas, California, Illinois, New York, Florida, North Carolina, Washington, Minnesota, Michigan, Arizona and Wisconsin.

The report also noted that the real value of public highway, street and related construction investment by state transportation departments and local governments — the largest market sector — is expected to increase by 6 percent to $77.5 billion after growing 15 percent in 2019. Construction work on private highways, bridges, parking lots and driveways will increase from $69.1 billion in 2019 to $71.8 billion in 2020 and will continue to grow over the next five years as market activity increases in those sectors. The pace of bridge and tunnel construction work stayed flat in 2019 and is forecast to grow by $800 million, or 3 percent, in 2020. Bridge and tunnel market activity fell slightly from $28.8 billion in 2018 to $28.6 billion in 2019, after adjusting for project costs and inflation.

Public transit and rail construction are expected to grow to $24.2 billion in 2020, a 5 percent increase. Subway and light rail investment are expected to reach a new record level, increasing to $11 billion. Airport terminal and related construction work, including structures like parking garages, hangars, air freight terminals, and traffic towers, is estimated to increase to $19.6 billion. Runway work is forecasted to increase to $4.9 billion in 2020.

"The market's condition reflects state mandates and technological progress, making wind and solar more competitive with gas (and coal and nuclear) power generation." And he noted that "pipelines are being built to catch up with oil and gas produced by fracking, but timing of projects depends on regulatory and court decisions."

Investment in construction machinery pulled back 6.7 percent in Q3 of 2019, but rose 4 percent from a year ago, according to ELFF. The Construction Machinery Momentum Index decreased from 92.3 in November to 90.8 in December. New privately-owned houses surged 15 percent in October, the fastest growth since late 2017, while the Consumer Sentiment Index improved 1.3 points in November. Overall, the Index points to modest growth in construction machinery investment growth over the next two quarters, reports the equipment-leasing organization.

However, investment in material handling equipment grew at an 11 percent rate in Q3 of 2019, and is essentially flat year-over-year. The Materials Handling Equipment Momentum Index improved from 79.1 in November to 81.2 in December, though it remains weak by historical standards. In October, materials handling equipment imports pulled back 2.6 percent, the seventh decline this year, while industrial production fell 0.8 percent. Overall, the Index's recent movement points to a potential improvement in materials handling equipment investment growth over the next two quarters, according to the ELFF outlook.

ELFF noted Investment in all other industrial equipment increased at a 4.5 percent annualized rate in Q3 of 2019, and is up 4.3 percent from one year ago. This category's index increased from 94.3 in November to 95.7 in December, the strongest reading since mid-2018. In October, the M1 Money Supply increased 0.8 percent, while manufacturing employment increased 0.4 percent in November, the strongest growth in over two decades. Overall, the Index signals continued moderate growth in other industrial equipment investment over the next two quarters.

Rouse's October 2019 issue of The Equipment Report shows values through the third quarter of 2019 for general construction and heavy earthmoving equipment have exhibited some bright signs. According to the construction market intelligence provider, heavy earthmoving products were the first to be impacted, showing a downward pressure on excavator values and to a lesser extent dozers and wheel loaders. As the year has progressed, similar patterns have appeared across general construction products, but aerial equipment, telehandlers, and light and medium earth moving equipment are most affected. This abatement tails very strong results in 2018, when the market peaked for many products.

In addition to weaker prices for used equipment, Rouse reported a "notable" spike in volumes of construction cranes coming for sale into the auction channel. There has been a continual stable pattern for lower tonnage rough-terrain, truck-mounted, and carry-deck cranes. Higher tonnage all-terrain and crawler cranes are decelerating, but still have slightly soft value trajectory. North American auction figures indicate a potentially challenging future environment for mobile cranes, but whether these sales patterns will persist remains to be seen, according to the report.

"The overall market is cautiously stable relative to the period of sharp declines in 2016-17. As commercial construction project work drives tower demand, the OLV index for tower cranes in 2019 continues to reflect an upward trend in used equipment values. The latest OEM reports show increasing revenues year over year, but these figures were coming off the lows of 2016 and 2017. Looking forward, OEM's have commented on a softening demand landscape as North American and European construction has slowed, and the uncertainty of future market conditions has tempered the economic outlook," stated the October Rouse report.

Labor and Other Issues

Asked if employee workforce numbers will meet the construction industry's needs next year, AGC's Simonson responded with a firm ‘No.' Citing the 2020 AGC of America-Safe Construction Outlook Survey, released at press time, he noted that "three-fourths of survey respondents expect to add employees in 2020. However, four-fifths of the firms said they are having a hard time filling positions, and two-thirds think it will be as hard or harder to fill positions in the coming 12 months."

Most contractors plan to add staff in 2020 to keep pace with growing demand, just over half report their expansion plans will only increase the size of their firm by 10 percent or less. About one-fifth of respondents plan to increase headcount by 11 to 25 percent, and only 5 percent plan to increase employment by more than 25 percent. Despite plans to expand headcount, 81 percent report having a hard time filling salaried and hourly craft positions. In addition, 43 percent expect the challenge to hire will continue in the next 12 months, and 22 percent expect that it will become harder to hire in 2020.

"Firms are adopting a variety of approaches to replace workers or allow for use of workers with less experience or training than before," Simonson stated in survey results. In fact, he noted that 32 percent of respondents report their firms are investing in labor-saving equipment, while 28 percent are using methods to reduce onsite worktime. He reported on two other issues affecting the health of the construction industry in 2020.

"Two worries have subsided for now but could pop up again," said Simonson. "If interest rates increase as steeply and quickly as they declined in the fall of 2019, there could be a cutback in homebuilding, developer-financed projects and state and local bond funding for schools and infrastructure."

He also believes that "trade frictions appear to have calmed down for now, but could flare up again. In that case, contractors might be hit directly by tariff costs on materials and equipment and could also see manufacturing, logistics, and transportation facilities put on hold or cancelled."

Benjamin Duyck, the director of market intelligence of Association of Equipment Manufacturers, shared his perspective on the industrial economic outlook during the association's Thinking Forward event, held in November. He believes the construction industry's collective question is whether or not a recession is imminent. Though Duyck sees no reason to suggest an economic slowdown is on the way, he said economic indicators lead him to believe it could happen in 2021.

"While we have a strong labor market and consumer spending, the biggest impediment to the market right now is the fear that consumer confidence might deteriorate," said Duyck.

The consensus right now, according to AEM, is that because of the inversion of yield curves widely considered a decent indicator a recession could be on the horizon 12 to 18 months into the future.

He believes "steady and solid growth is likely to continue for the construction sector," with residential construction still in the driver's seat. However, as of late, growth has slowed considerably. Tariffs are playing a role in the uncertainty, as is the need for a new comprehensive infrastructure package.

"Both political parties discuss this quite a bit, but nothing has materialized so far," said Duyck. "It's now expected for 2021 — and hopefully it comes soon, as most of the infrastructure spending we see today occurs at the state and local level."