In a town menaced by food insecurity and suicide bombers, women as old as 85 are spending long, grueling days crushing rocks. 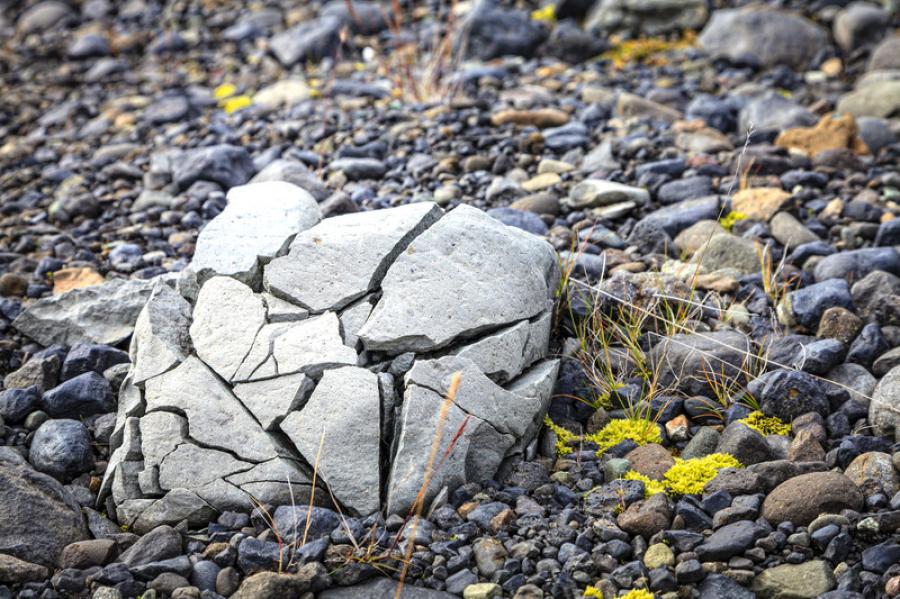 MAROUA, Cameroon (AP) - In a northern Cameroon town menaced by food insecurity and suicide bombers, women as old as 85 are spending long, grueling days crushing rocks into gravel to earn a living.

The dangerous, sometimes fatal work often pays no more than $2 per day, but it has increasingly become the best option for women like Marie Nangatai, 73, who began laboring three years ago at one of dozens of rock-crushing sites in the mountains near Maroua, the capital of Cameroon's Far North region.

“My whole body hurts, we are working like animals. But there's nothing we can do,” Nangatai said recently during a short break in her 12-hour workday, sitting under the hot sun. “You see all this gravel around me, when I call those who buy it they'll give me 1,000 CFA francs (less than $2).”

When she began reporting to gravel sites in 2013, northern Cameroon was reeling from four straight years of alternating droughts and floods that doomed crops and left families with little or no food reserves, according to the World Food Program.

More recently, the region has been targeted by the Nigeria-based extremist group Boko Haram, which stepped up attacks in Cameroon last year in retaliation for the country's contribution to a regional military force tasked with wiping out the group. Suicide bombers have repeatedly targeted marketplaces and other high-traffic areas, adding insecurity to economic woes.

One consequence of the dual crises has been an influx of women turning to rock-crushing to feed their families. Marthe Doumadate said that when she began the work in 2010, there were often no more than 10 people working alongside her.

“When I first came there was no one here, I was alone with my mom and my little brothers,” she said. “Now I can say there are between 150 and 200 people here.”

Though there are a few men, the majority of the workers are women who have either lost their husbands or receive no support from them. They have not been deterred by horror stories of women being maimed and killed by falling rubble.

“Sometimes the earth falls down on us. There are already four women who have been killed here,” said Suzanne Djidja.

Most women work without goggles, helmets or other protective gear to produce the gravel that is used in local home and road construction. Though they'd like the government to provide equipment, they have no plans to stop even if none arrives.