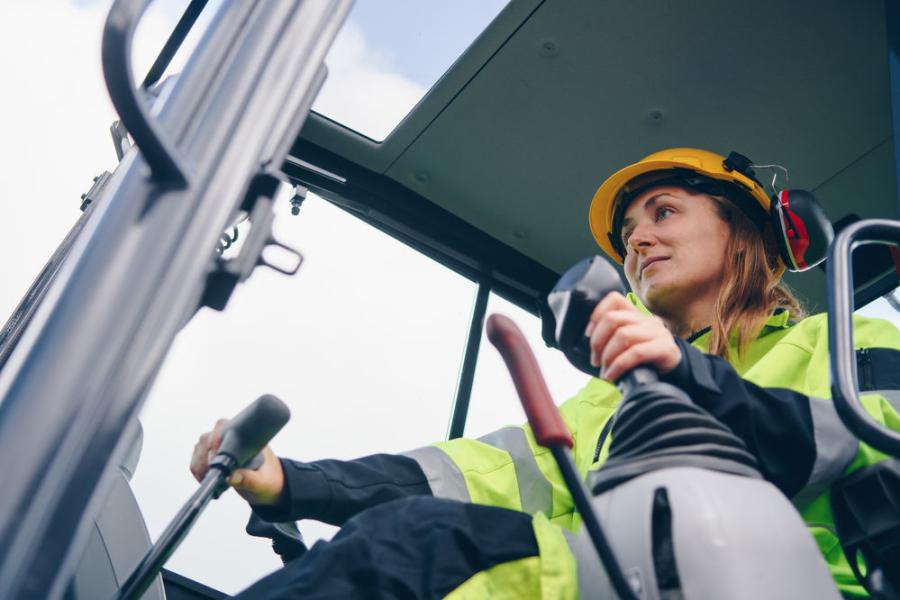 When exploring careers in construction, women should try a few different trades and look at where opportunities are.

When her husband became ill in the late 1850s, Emily Roebling served as field engineer and took the Brooklyn Bridge to its completion. She also made history as one of the first documented women in construction.

Today, women make up 10 percent of the construction workforce, and many are front and center in the industry.

"While women are still very much in the minority in construction safety training, we are no longer an anomaly," said Debbie Dickinson, CEO of Crane Industry Services. "Women are gaining ground in terms of titles, respect and awareness that we can do skilled work safely and proficiently."

"Women are embracing careers in this industry because the jobs are interesting, pay well and we enjoy the work," she added.

Dickinson is one of three featured here who are opening doors for the next wave of woman to enter the field.

Part of the Solution

An assistant superintendent at Skanska USA, Johana Godoy launched her construction career as a project engineer.

Within a few months, she'd found her passion in field coordination, shifting her career path to the supervisor's role.

Today, she is responsible for logistics planning and daily construction activities on an active airfield at San Francisco International Airport (SFO). 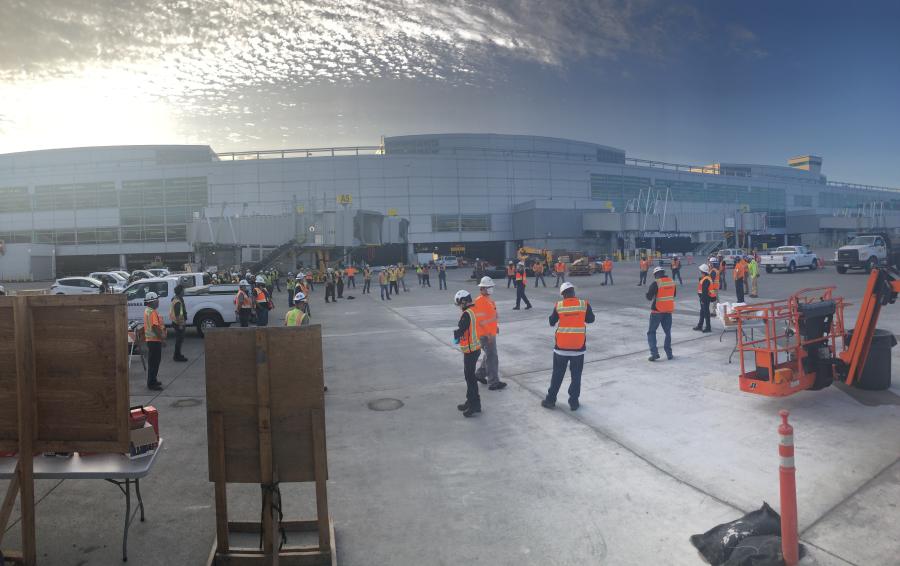 Initially a pre-med student, Godoy became interested in pursuing a career in construction after visiting a project site with a family friend.

She was struck by the complexity of project planning and coordination.

"It was curiosity about how materials were picked and fabricated, to learn how design even starts," she said.

When she became a project engineer, she realized she wanted to be part of day-to-day planning.

"I saw how complex it gets. It involves not only my project team but design, the client, project manager, the subcontractors. Being in the middle of all of those teams and bringing them together to get the design to a live aspect is what drew me."

The work has its challenges, but sometimes it's even harder because of inherent factors.

"Construction is challenging," said Godoy, but on top of that, "it's rare to see a woman on the field side."

One challenge is being seen as a leader in the field, the supervisor of the project.

It means "having the patience to allow the team to see the skills you bring and the knowledge you have to start seeing you as a leader," she said.

Another challenge is proving that the solutions she presents are worth consideration.

"I have happened onto a senior supervisor and said, ‘These are the challenges I'm facing. Can you help me get my voice out there?'"

Presented by the male supervisor, the plan went through.

"It can be frustrating, but I stick to patience and allow different teams to see that the solutions I bring end up being implemented. And trust is built."

Godoy also faces the challenge of simply being a distraction.

"I have to readjust the focus back to the project," she said.

Through the Skanska Women's Network (SWN), Godoy sees beyond the challenges to the chance to create opportunities for the next woman up.

An employee resource group focused on retaining and developing women in the industry, SWN promotes and supports a gender-inclusive culture.

"The next woman needs to open doors to diversify what the typical construction field looks like now," Godoy said.

During a Skanska supervisor development program, she chatted with a fellow supervisor working with a young project engineer drawn to the field.

"He wanted to know how I got in the field. I shared my background, spoke up about my leaders at the time. I told him if she's interested in doing this work, give her the opportunity to run a smaller project and go from there."

The conversation resulted in a telephone introduction between Godoy and the young woman.

"He said of me, ‘If she can do it, you definitely can do it.' That actually reassured me," said Godoy. "Sometimes we need a little encouragement, and it's nice to know that me going outside the mold can open diversification in the field."

Godoy said ultimately that she wants to move back to the office side to learn more about cost, to ultimately achieve a senior position as an operations manager.

"Although things are constantly changing in the industry, women still have a way to go. But in SWN I have a network I can rely on if I need reassurance."

She advises other women considering a career in construction to find their passion.

"Find the aspect of construction that interests you," she said. "There are so many avenues, it can be overwhelming. Be curious, ask questions, speak up and don't be afraid to say what you want and where you want to take your career. Don't let obstacles be a block to your career."

The biggest obstacle Natasha Ozybko sees for women seeking a career in the asphalt road construction sector is finding their voices.

Regional sales manager of Arkema Road Science, Ozybko believes the challenge is finding your voice in a room full of men.

"You were hired for a reason," she said to women in the construction industry. "Your employer sees value in you. Make sure you're heard."

Based in Atlanta, Ga., Ozybko also is president and co-founder of Women of Asphalt (WofA).

A national coalition supporting women in all aspects of the asphalt industry, WofA offers mentoring, education and advocacy.

The organization also encourages women to seek careers in the asphalt industry. 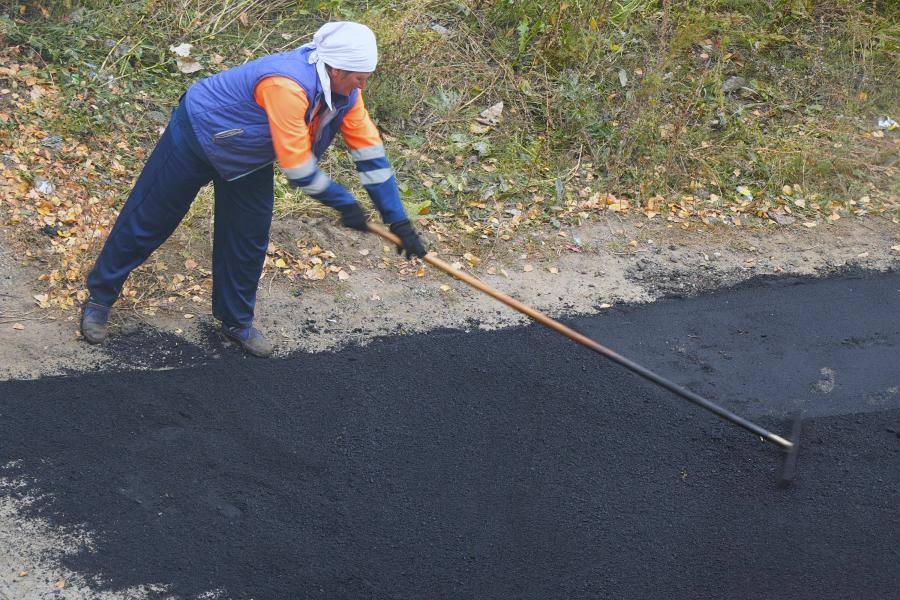 Ozybko said when WofA was launched in 2017, there were approximately 7,000 women in the asphalt industry.

"Those of us who traveled never saw a lot of women. It almost feels like we're coming out of the shadows now," she said.

"The industry is acknowledging the great work we do."

Now, when she talks about women pursuing careers and gaining support in the industry, the response is one of acceptance.

"Every man I talk to asks ‘What can we do?' I tell them, ‘Support our local branch in your state.'"

She said she thinks men want to encourage women. "All the men I've met support having women in the industry."

Currently working on her MBA, Ozybko's career goal is to run a company.

She's a great advocate for women considering a career in the asphalt sector.

"It's a great job to get into. It was not on my radar, and it's not the sexy job people are looking for."

But, she pointed out, "You don't have to have a degree" to carve out a successful career in the industry.

"Or, you can have a PhD," she added. "There's room for everyone and a job for every skillset."

And because infrastructure is at the core of the U.S. economic recovery plan, the sector has seen an influx of money, which means a lot more jobs available.

"Every industry has its ups and downs, but asphalt is stable for the most part."

The focus in 2021 for Women of Asphalt is "Women in the Field." The goal is to draw more women to the industry.

"Women are more proud than anyone about the job they do. They don't get recognized, but if it weren't for them, the road wouldn't get built."

"Be aware of who you are." Dickinson of CIS believes this holds true for all professionals, but particularly for women in construction.

She advises women to understand that men are going to act and process information differently from women in a given situation.

"When you're in the minority, understand that this is what the majority is used to," said Dickinson.

Acknowledge that it's easier for men to communicate with each other because theirs is a well-oiled system that's been in place for centuries.

"Don't expect everybody else to adjust to your way of thinking."

Once you gain respect and credibility, then you can expect they'll see the situation from your perspective, she added.

As an example, she talks about the crane industry's lengthy and intense work on crane operator certification.

"We were all going into those meetings with a little different information and just listening. At the end of the day, we wondered ‘Is there really that big a philosophical difference among us?'"

Dickinson said more women are working to make construction job sites safer by simply being aware of the differences between men and women.

"It gives us that extra measure of evaluation," she said of women in the construction training field. 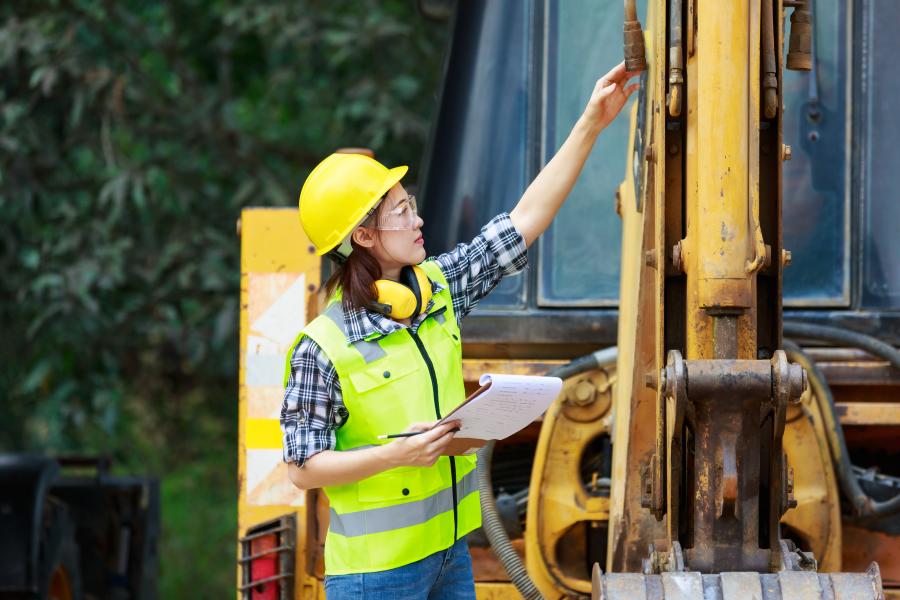 Women have to ask themselves how they can accomplish what needs to be done and do so safely.

"Figuring out how to do a job well and safely may be a natural outcome for the woman who asks before she decides how she will do a job," she said.

An all-new crew may question if the other people on the team can and will do a job well.

"When a woman is the only, or one of the few women on a job site, the men often wait to see how capable she is," said Dickinson. "They don't trust her until they know they can."

Respect and professionalism on the job site can still be an issue today.

"Ignoring the possibilities of how quickly behaviors can cross the line jeopardizes employees, sites and companies," said Dickinson.

To women exploring construction safety as a career field, she advises finding a job you really enjoy.

"Do a few different things, look at where opportunities are to get exposure to different types of work," said Dickinson. "When you find something you click with, get credentials in that particular area. That will establish who you are and earn the respect of your male counterparts."

She believes though there's no difference between a 21-year-old woman or man who has no experience in the construction industry.

However, they're perceived differently because there are more men on the job site.

But women have a tendency to pay a lot of attention to detail, which is crucial on the safety side, she noted.

"So know how to play to your strengths without assuming everyone will do what you say, and follow that lead."

When you do bring points to the surface, do so when you feel strongly about it. And understand when speaking up will make a difference or not.

"You can't make a major deal out of everything or else nothing gets done," said Dickinson. "And don't try to be one of the guys, because you're not. That doesn't earn you any additional respect or more money."

Conduct yourself with professionalism appropriate for the job site.

Finally: "Do your job well. Some jobs are physically more challenging for women. Recognize that, and don't get yourself in a situation you're not prepared for."

A lot has changed since Emily Roebling became the first person to cross the East River in 1883 by way of the bridge she gave 10 years of her life to see completed.

In stepping in for her husband to help successfully finish the project, she opened doors for women into the construction industry. CEG