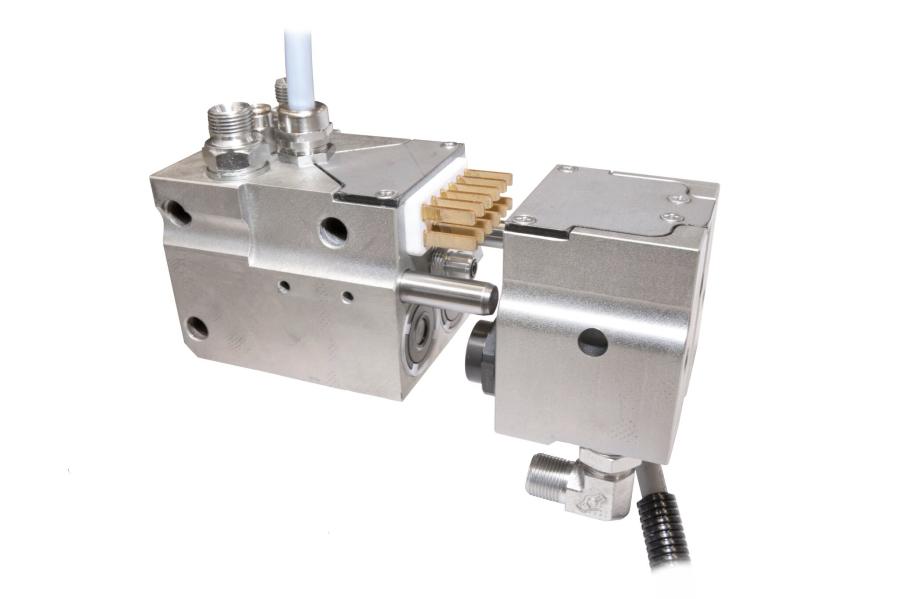 Engcon, a 26-year-old $90 million Swedish firm, is currently updating its fully hydraulic EC-Oil solution, which makes the safe automatic connection of hydraulic tools possible from the operator's seat. The latest EC-Oil is a newly developed blade-type electrical connector with increased contact surfaces. It's been moved to the top of the hitch to protect it better from oil and dirt.

EC-Oil's new electrical connector has 12 sturdy pins (6 + 6) that make it even more durable than its predecessor. What's more, the improved EC-Oil was rigorously tested during the winter of 2016-2017 with approximately 100,000 couplings in varied environments including dirt, saltwater and snow. The tests have made sure the improved EC-Oil can handle really tough working environments.

"The test results have been nothing but positive," says John Lundqvist, test manager at Engcon's R&D department in Strömsund. Sweden.

The pins in the connector are wedge-shaped and, when connected, are inserted about 20 mm into the spring-loaded female half. This provides a cleaning effect with maximum contact in every position, which reduces the risk of the machine losing electrical contact with the tool.

"We also want to emphasize just how robust EC-Oil hydraulic connections are," says John Lundqvist, explaining that each movable part of the connector (female + male) has an O-ring seal that is easy to access, making maintenance simple. It's also the only O-ring on EC-Oil; the connectors are instead sealed through their smart conical shape.

Deliveries of the Improved EC-Oil Begin in June 2017

The improved EC-Oil will be built into Engcon's Q-Safe quick coupler in the sizes QS45, QS50, QS60, QS70 and QS80 for excavators from 6 to 33 metric tons. The QS60 will be first with initial deliveries anticipated for the middle of June 2017; the other sizes will be introduced throughout the summer and autumn of 2017.