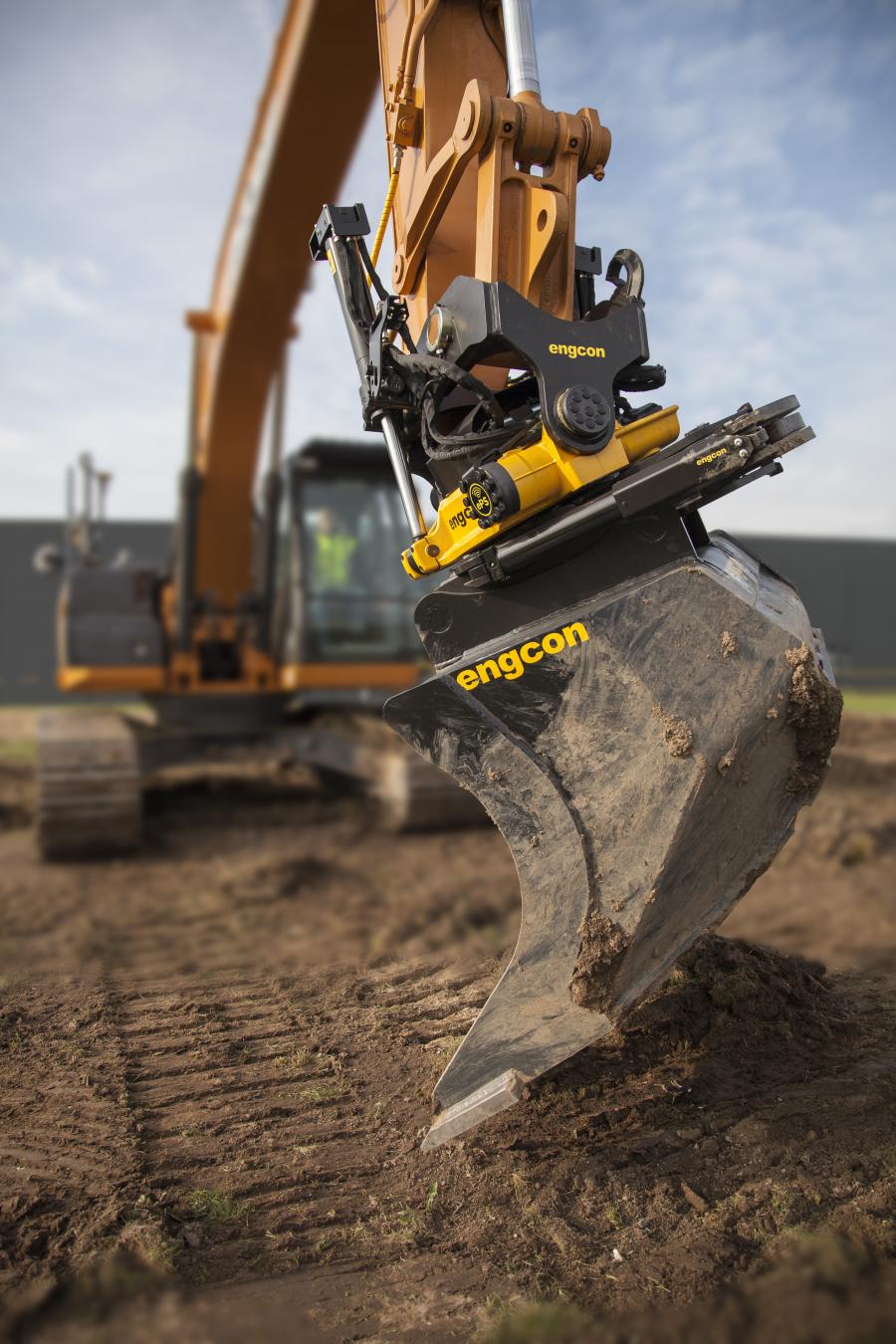 The iXE CoPilot is an auto-tilt function from Leica Geosystems and Engcon.

In collaboration with world-leading tiltrotator manufacturer Engcon, Leica Geosystems has developed iXE CoPilot, an auto-tilt function. In combination with a 2D or 3D excavator guidance system, Engcon's control system DC2 and ePS (engcon Positioning System) will then Engcon's tiltrotators get a revolutionary feature that the tilt function on the tiltrotator is handled automatically.

“We are proud to be in collaboration with Engcon to deliver an automatic tilt function,” says Nick Guadagnoli, Program Manager, Earth Moving Solutions at Leica Geosystems. “Our auto tilt system Leica iXE CoPilot together with an Engcon tiltrotator combines the best of both worlds when it comes to streamlining excavators continues Nick Guadagnoli.

An excavator guidance system is simply a digital and three-dimensional drawing of an area that it should be dug in. The excavator is shown drawing on a large screen where the excavator operator can also see the bucket position, where it will be buried and what heights and slopes to be held.

“Automated technical features are becoming more common and, as the leading manufacturer of tiltrotators, it feels natural for us to contribute our technology to increase profitability further,” says Fredrik Jonsson, head of development at the Engcon Group.

* engcon Positioning System is optional on engcon's tiltrotators that can be selected from the factory or retrofit mounting.