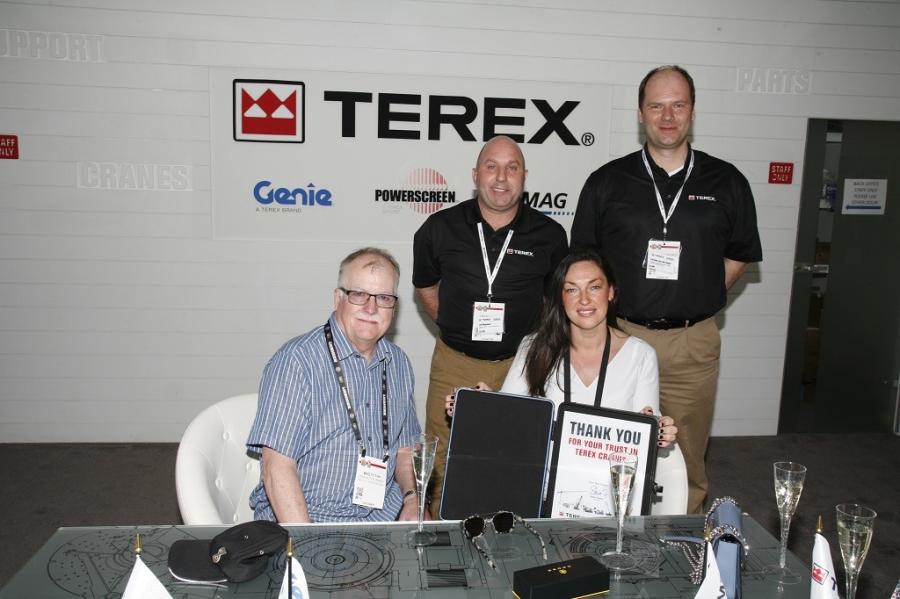 "I visited the plant in Zweibrücken at the end of last year and was tremendously impressed not only by the high quality of the cranes made by Terex and Demag, but also by the equally robust production standards implemented at the plant. The company's booth at ConExpo just confirmed those first impressions," Sutch-Ware said.

She shares this enthusiasm for the quality of Terex Cranes with her father John, who had already ordered a Demag AC 100-4L all terrain crane during their visit to the Zweibrücken plant.

"Sutch has been an important customer for a long time now, and the fact that they decided to buy half a dozen of our cranes is something that we're naturally very happy about," said Leech.