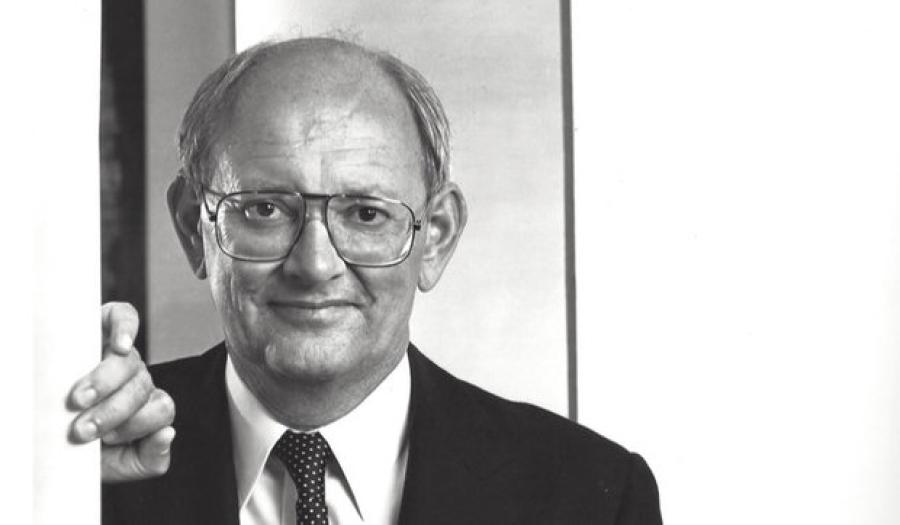 Son of the company's founder, Eric Hoffman led its shift into commercial building and directed its transition to employee ownership.

Founded by his father L.H. Hoffman in 1922, Hoffman Construction built Memorial Coliseum, the Wells Fargo Center, the Oregon Convention Center and the Fox Tower. Eric Hoffman ran the business from 1965 until 1974 and was chairman for years afterward.

Eric Hoffman attended Stanford University, interrupting his studies during World War II to serve in the U.S. Army. He fought in the Battle of the Bulge, according to his family. He received the Purple Heart, awarded to those injured in combat, after being wounded by shrapnel late in 1944.

Wayne Drinkward, Hoffman Construction's current president, said that in the late 1960s Eric Hoffman shifted the business from its roots serving the paper and forest products industry to focus on the more promising commercial construction market. Hoffman eventually gave up his executive role, according to Drinkward, hiring new managers with experience in that space.

"It takes quite a bit to step back and bring people in who complement you," Drinkward said.

In 1992, Drinkward said, Eric Hoffman directed that the company shift from family control to employee ownership, a structure that remains in place today.

"He felt the employees earned it," Drinkward said. "He saw it in the long-term as a way the company could continue."

Eric Hoffman served on the board of the Portland Art Museum and Oregon Health and Science University. He was a past president of the University Club and the Arlington Club.

The family plans a celebration of his life at noon, January 4 at Waverly Country Club. They suggest memorial donations to the OHSU Cardiology Institute, the OHSU Knight Cancer Institute, the Oregon Historical Society, or the Portland Art Museum.