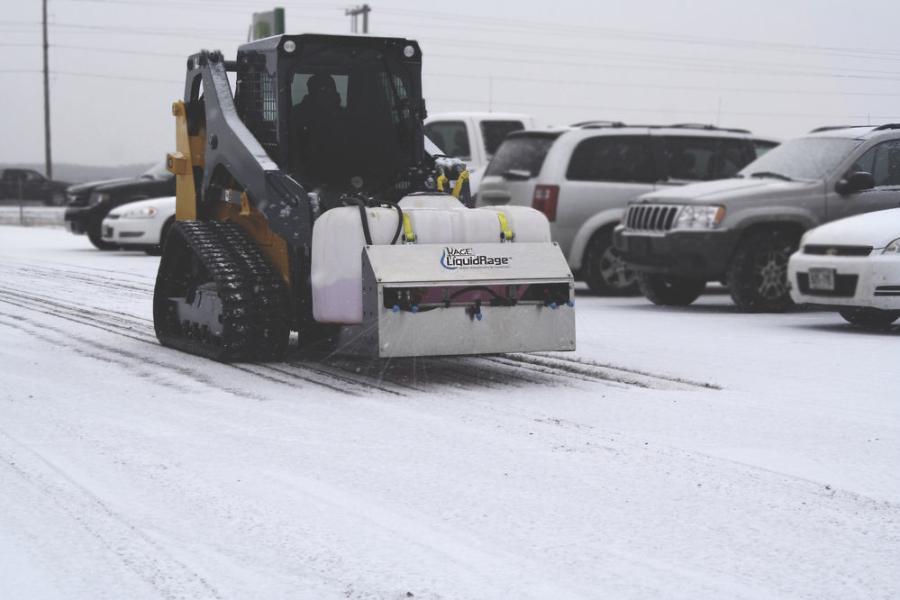 In an effort to try to reduce the amount of salt usage and the resulting damage and environmental impact from rock salt running into the lakes and rivers, LiquidRage uses brine instead to keep parking lots clean and people safe from slips and falls. (Kage Innovation photo)

Kage Innovation, manufacturer of commercial snowplows based in Osceola, Wis., is introducing the new WingLine laser plow guide this year. The inexpensive and easy-to-install plow accessory, made with municipal markets and city plow trucks in mind, casts a green laser line in front of trucks to indicate where the wing plow will appear so operators can avoid obstacles like mailboxes and guard rails.

"It's a little bit of help for operators of city trucks to become more efficient and safer," said Mike Stephan, president, founder and inventor. "They do a tough job operating equipment while it's snowing and there are people on the road. It will help them be more productive, stay safe and keep people safe around them as well."

These are just two from the fleet of products that Kage has in the market for condominiums; apartments; parking lots and ramps; and driveways and pathways, many of which offer multiple variations as well. For instance, the SnowFire snowplow box system, which was the first product Stephan designed, is a 2-in-1 snowplow and pusher with seamless transition right from the cab. Intended for skid steers, compact and large wheel loaders, telehandlers and tractors, the snowplows measure anywhere from 6 to 14 ft. wide.

Smaller product lines include the Snow Stake management system designed to help install snow stakes quickly and efficiently along the curb lines marking out driveways to easily see the stake in the snow when plowing at night. Another is LiquidRage anti-icing spray technology, which is a brine sprayer unit released two years ago as a sprayer attachment to pre-treat ice. In an effort to try to reduce the amount of salt usage and the resulting damage and environmental impact from rock salt running into the lakes and rivers, Kage Innovation's solution uses brine instead to keep parking lots clean and people safe from slips and falls. This also is a popular alternative to address increasing rock salt shortages and regulations.

All of Kage's offerings are influenced by the company's motto of experience driven innovation, with practical solutions to make everyday tasks that are time consuming be accomplished in a better manner.

"I've always had a very strong desire to learn how to make and build things," said Stephan, who grew up exposed to the landscape and snow mobile industries.

His entrepreneurial outlook was nurtured from a young age in his father's landscaping and horticultural services company.

"I had the opportunity along the way to explore and tinker a lot. I was also allowed to take some of the ideas I had and run with them," he said. 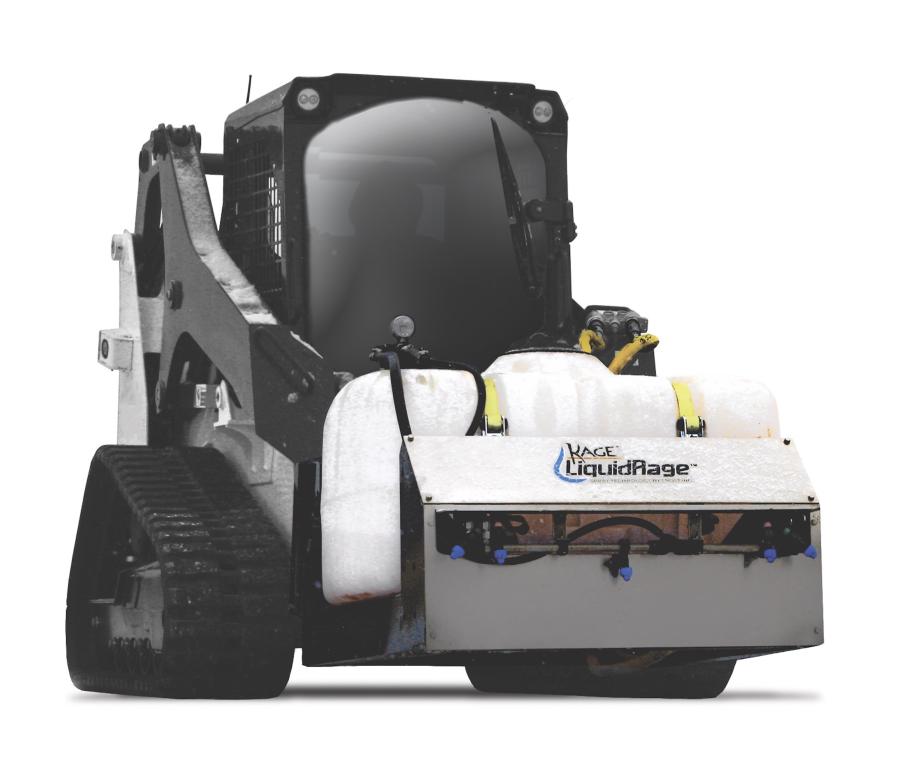 With his invention as a driving force, Kage Innovation was formed 11 years ago — as an offshoot of his father's company that still exists today — and now specializes in snow removal equipment and a series of products built upon the foundation of the 2-in-1 system. Originally established in a 3,000-sq.-ft. location in Oak Park Heights, Minn., with just two employees, Kage, now 26 full-time employees-strong, is housed in a 26,000-sq.-ft. manufacturing facility in Osceola, Wis., housed on 19.25 acres of land, with the opportunity to increase the building size by eight times.

The company's prime markets are in the Midwest, the St. Paul-Minneapolis area, and then the east coast — all regions where there's a low tolerance for snow, typically in the 0 to 2 in. range. Dealers are visited at their location to educate them on how to best sell Kage Innovation's products.

For customers, there are instructional and informational videos on YouTube and Facebook, many presented by Stephan himself, highlighting a quick update or features and benefits. The company blog also is a useful resource on their snow removal products. Kage has a unique selling model in that the company sells to both dealers and directly to customers.

"We don't want barriers to ownership of Kage so whatever is easier, the end user is the ultimate goal," said Stephan.

Though peak sales are observed in the last quarter of the year, the pandemic had previously affected dealer orders. 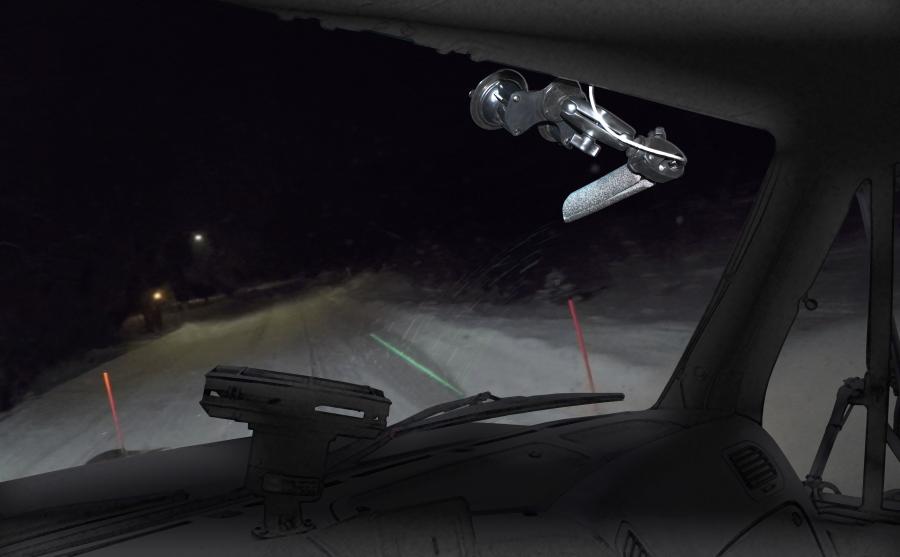 "It hit right when we were trying to release our pre-season and preorder programs, so some dealers were not willing to make a commitment," said Stephan. "We had to extend that to allow them to get their bearings and reopen. Sales have been down but not bad, we are looking forward to having an excellent fourth quarter."

Kage Innovation has witnessed exponential growth in the last decade and more that it has been in business.

"We went from nothing to more than $10 million in sales. We are at the point now where we are controlling that growth and having it leveled intentionally," he said. "We don't want to grow too quickly. At the same time, we want to drive new products to the market as well."

Keeping that in mind, the biggest challenge is to not lose focus that the company is rooted in the snowmobile and landscape industries.

"That's our expertise and what we want to move toward is to make products and to grow in these markets."

Stephan observed that overall there is a lot more equipment being used vs. trucks in the snow removal space. He attributes part of that to Kage, and other manufacturers of pusher type equipment, educating customers on the experiences they had, that trucks were inefficient and much less effective than skid steers and other equipment when it comes to townhouse driveways and the like.

Looking to the future, he has plans for five new patentable products in the next 5 to 10 years — Kage Innovation has three American patents and two Canadian patents covering SnowFire — and is ramping up to double the size of the facility and increase the number of employees up to 50. 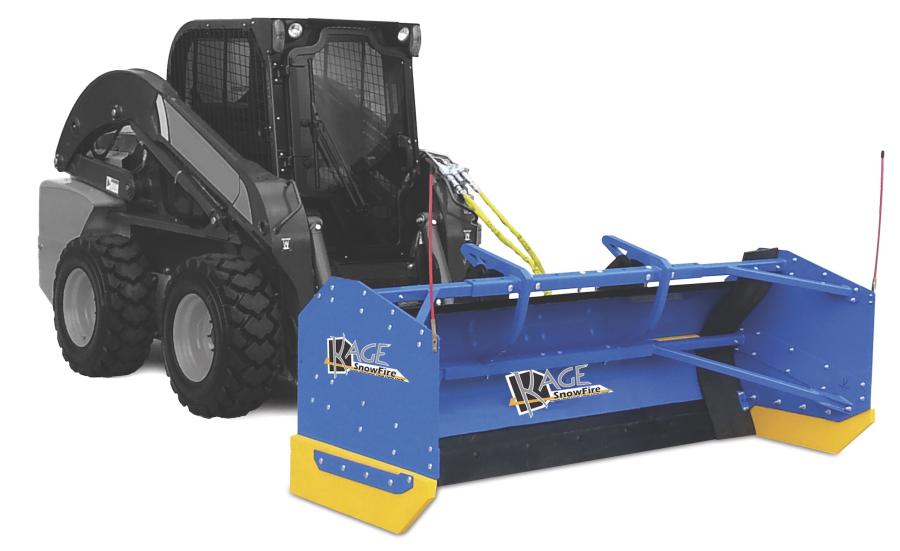 "We have cracked the market wide open with a unique 2-in-1 tool, it makes the snowmobile contractor sometimes three times more efficient," said Stephan. "That has been so impactful, saving time and money. It's proven the success we've seen because we wouldn't have been able to start a brand like this and grow it from nothing to what we have now without having a very unique and worthy product."

With support from his father invested in Kage Innovation to help get it started, Stephan admits it was a perfect storm of drive, ideas and resources coming together for this business to take shape and grow into its current avatar.

"This is the true American dream story that happened. I'm really grateful for the opportunity, for the way my dad helped, and all the other people along the way that were a key component to the success we are all seeing now." CEG