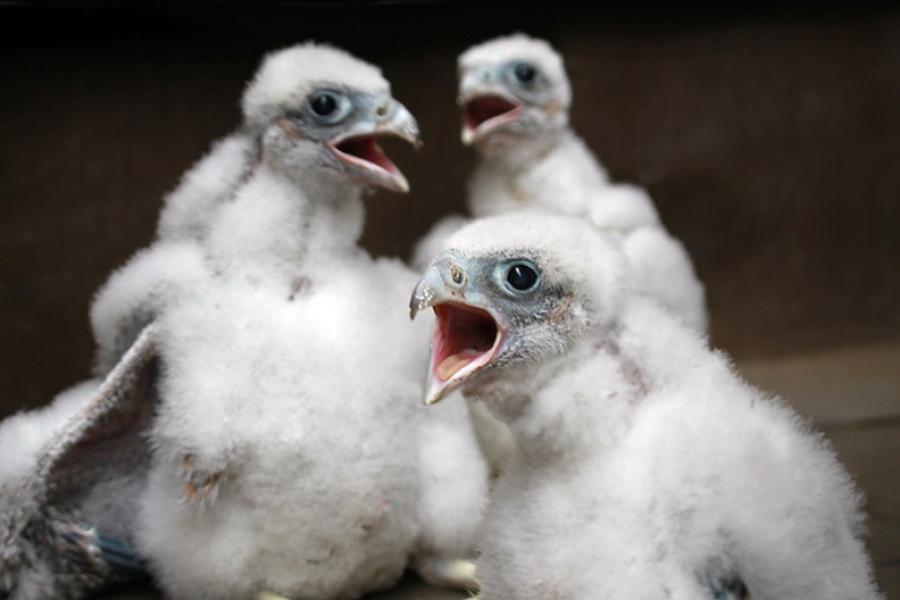 A developer recently secured federal and state permits to evict four two-week-old peregrine falcon chicks like these who currently reside in a nest sitting atop a Pittsburgh building.

BT Pitt-Third had to stop historic renovation work on the Keystone Flats apartment building roof some weeks earlier after finding out about a nest of the state-endangered birds on the building next door, according to Kevin Feeley, the developer's spokesman.

According to Feeley, BT Pitt-Third stopped their work “out of concern for the safety of the falcons,” TribLive reported.

The Pennsylvania Game Commission said that BT Pitt-Third filed for a “take” permit to remove the chicks in an effort to keep the renovation project on schedule, TribLive reported.

While some people urged the developer to hold off for another month to allow the chicks to grow and leave the nest on their own, BT Pitt-Third said that they must press forward with the renovations if the building, which is used for student housing, has any hope of being ready for when its residents move in.

“We recognize and share the concern of many individuals for the well-being of the falcons. Any further delay would not allow us to complete the historic renovations in time for more than 100 college students who will need to move into their apartments prior to the start of their classes in August,” said Feeley in a news release.