Family Reunion — Century-Old Tractor Back Where It Belongs 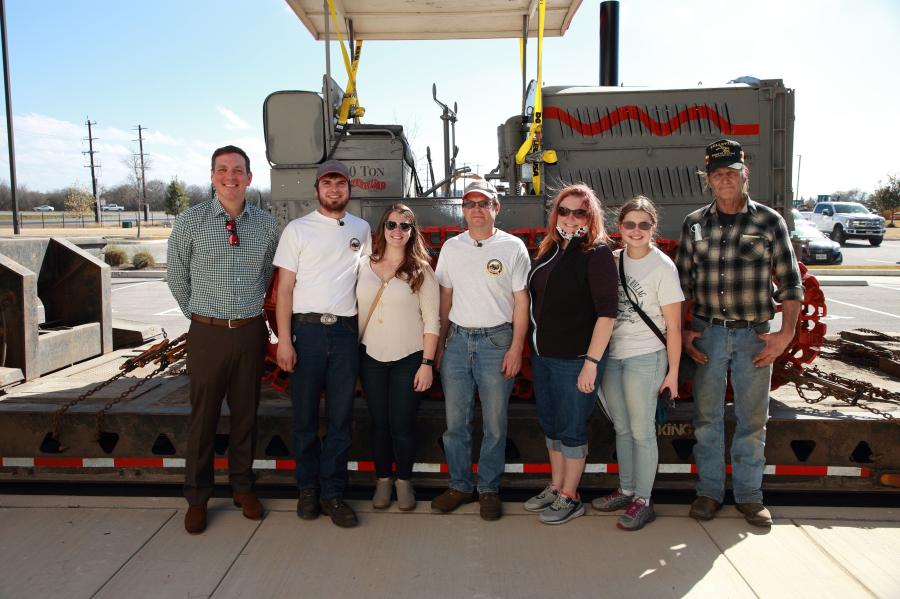 The temptation to recoup a nearly century-old family relic was too much to resist for Scott Vouk — and the opportunity to actually put it back to work on job sites? Well, that temptation was simply irresistible.

This relic, a Holt 10-ton tractor was the original piece of machinery and a vital part of the Vouk family threshing and lumber sawing business, starting with Vouk's great grandfather, Frank, and great uncle, Bill, in the 1930s. The tractor was first produced in 1919. 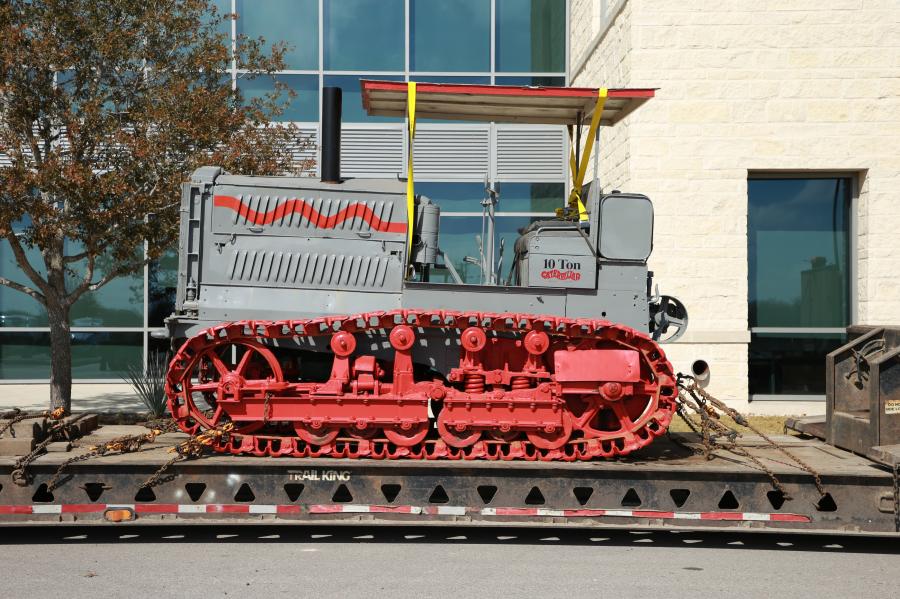 From 1938 to 1948, the Vouk family utilized the tractor for custom threshing. The family also used it to saw lumber up until the 1950s. From there, the tractor sat dormant in a shed until the early 1960s, when another family member got it running again.

Eventually, after Frank passed away, the machine was auctioned off to the Holt family through descendent Benjamin Holt III, and that's pretty much what Scott Vouk knew about what happened to the old tractor.

The Holt family business tradition goes back to the mid-1800s in California when the original Benjamin Holt produced his first horse-drawn combined harvester, starting a tradition of invention and innovation that has endured for generations.

"I knew that the tractor was sold and it went to a dealer in Kentucky," said Vouk "And from there, I knew, somehow, it transferred hands to another Holt down in Texas."

In 2018, Vouk saw the tractor displayed in a photo from the Antique Caterpillar Machinery Owners Club (ACMOC) show at the HOLT CAT dealership in Texas. The piece of equipment was featured in front of the company's headquarters in San Antonio.

"So, I called HOLT and tried to make some contacts with Peter Holt himself to see what his plans were with the machine," Vouk said.

It was then that Vouk and Peter Holt, a descendent from the original Holt family and current CEO and general manager at HOLT CAT, spoke in detail about the potential return of the machine to the Vouk family.

"Our team received an inquiry from Scott Vouk regarding the Holt 10-ton tractor that sat at the front of our company headquarters," Peter Holt said. "He explained that the tractor was originally owned by his grandfather and that it was auctioned off after his passing. It was one of two tractors that started their family business."

The Holts made Vouk's request a reality when Peter Holt and his sister, Corinna Holt Richter, presented the Holt 10-ton tractor to Vouk in a special ceremony on Jan. 18, 2021. The machine has now returned to its original location, due in large part to Tom Neumann, who trucked the piece of equipment all the way back to Stephens, Minn., from Texas over the course of four or five days.

All of these years later, Vouk, understandably, was ecstatic about the reunion. 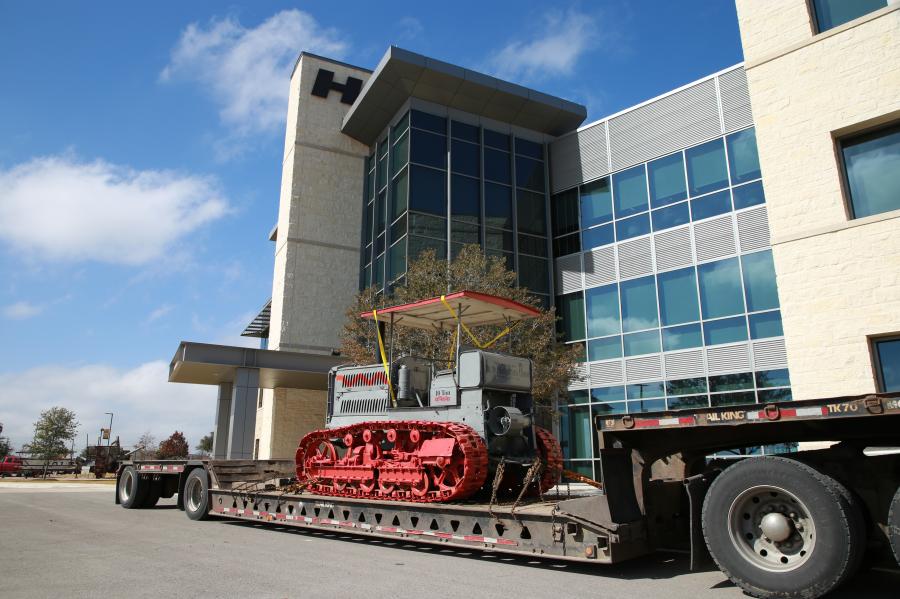 "To know that it was in front of the headquarters building at HOLT was pretty cool," Vouk said. "At that point, I wasn't sure that was something they would consider getting rid of. It was astounding to me when one of Peter Holt's employees called me and essentially told me that they decided to give the tractor back to us.

"I was really excited," Vouk added. "I called my dad right away and told him the wonderful news. He didn't believe me at first. And now that we literally just unloaded it, it's in the shop right now and we are going to do some work on it."

In exchange for the machine, the Vouks' made a donation to St. Cloud Community and Technical College in Minnesota, where Scott Vouk, his father and sister all attended. Supporting trade jobs is very important to HOLT CAT and the Vouk family.

"It was clear when the family visited HOLT to pick up the tractor that it meant a great deal to them," Peter Holt said.

Rather than using it as a display, Vouk plans on fully restoring the machine and putting it back to work in the field, emulating how the Holt family originally utilized its machines on its farm in the San Joaquin River Delta.

"We are going to use it every year," Vouk said. "We are actually going to put it to work right away. Every spring and fall, we saw lumber here on my great grandfather's saw mill. We'll probably use it for some hay rides, too."

Vouk said they are currently repairing a few cylinders on the tractor and need to see what other repairs are necessary before being put back in action. 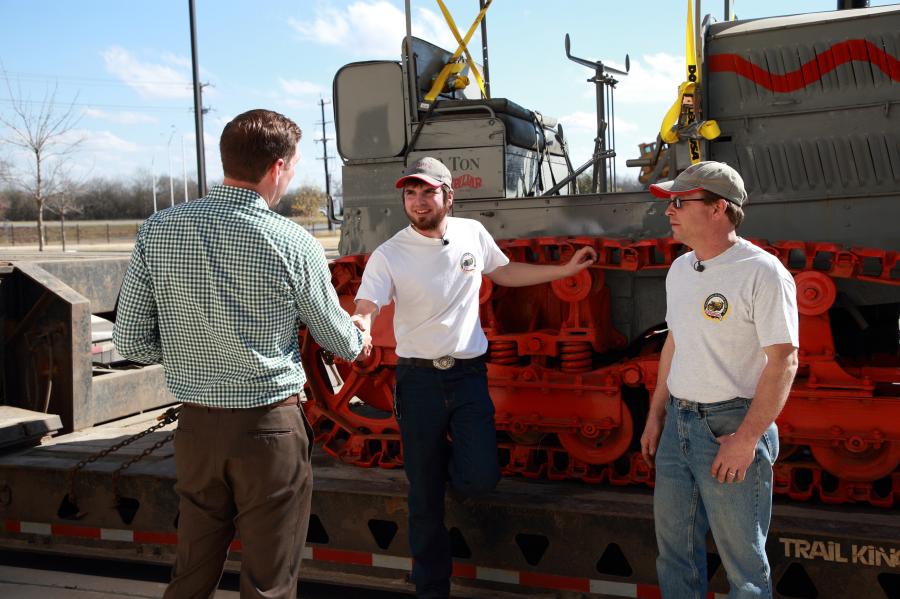 "I can't thank Peter Holt and his sister [Corrina] enough for giving us the opportunity to do something like this," Vouk said. "To get a family tractor back is just extraordinary in itself. The help and support I've gotten has just been fantastic."

"It was an exciting time for us to be able to return this tractor to the Vouks," said Holt. "HOLT CAT understands the significance of family legacy and the equipment that helps to build it. The Vouks will be putting this tractor back to work, which means a great deal to us and highlights what our company believes in. This machine was created to withstand long days and ever-changing weather conditions in order to get the job done, which is something that many of our customer's legacies are built on."

Finding that heavy farm equipment bogged down in the loose soil of the San Joaquin River Delta, Benjamin Holt put his inventive mind to work, using self-laying tracks instead of wheels on his new invention. In late 1904, the first successful track-type tractor, the "Caterpillar," crawled across a California wheat field, making history every foot of the way. Its commercial success was ensured once Holt found a way to power it with a gasoline engine in 1908.

The impact of the Caterpillar tractor went far beyond agriculture. In World War I, it fought the mud of the Western front, towing equipment for the Allied military forces and was the inspiration for the development of the British tank, which profoundly altered ground warfare tactics.

The HOLT 10-ton tractor was manufactured by the original HOLT Manufacturing Company, the precursor to Caterpillar, Tractor Company, which was established in 1925 when HOLT Mfg. and Best Tractor merged.

The first 10-Tons were produced starting in 1917. It was originally introduced as the 10-Ton, Model 55 Artillery Tractor, designed for military hauling duties. A commercial version was introduced in 1918 — this standard 10-Ton was a husky looking working machine. In 1924, the Holt name was cast into both sides of the radiator, improving its look. The 10-ton was discontinued in 1925.

Holt produced some of the earliest steam traction engines and also charted a new direction — an unheard of level of customer service for Holt Manufacturing Company, an emphasis still at HOLT CAT today, which uses a values-based leadership process.