FDNY Rushes to Scene of Falling Debris at Construction Site 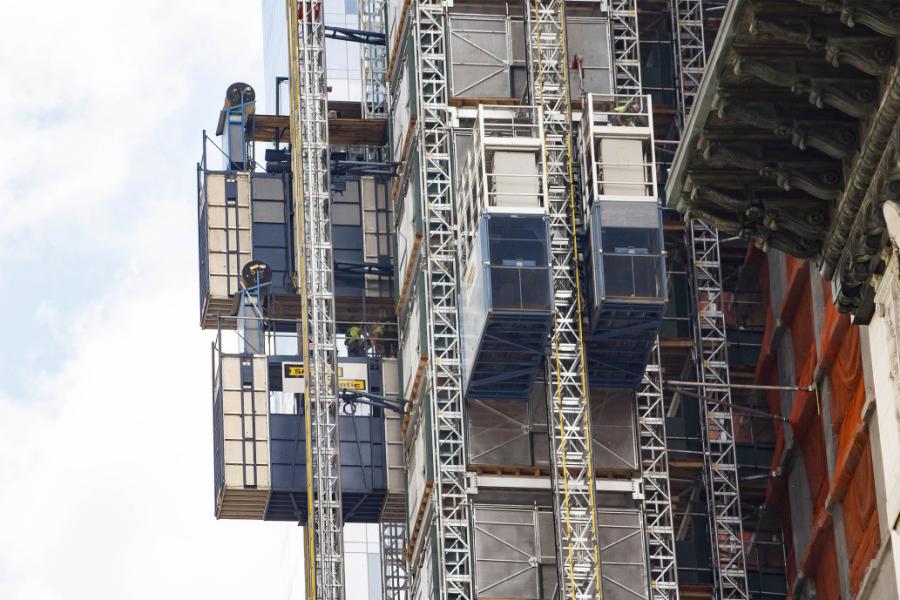 A piece of glass fell to the ground at around 12:04 p.m., police said. No one was injured.

A large piece of glass being installed on the 17th floor of a Midtown building came crashing down on the street below Wednesday, officials and witnesses said.

The shipment of glass was being delivered to construction workers inside the 58th Street building between 7th and 8th Avenues by a massive elevator hoist-way on the side of the building when the shipment became wedged, workers said.

A piece of glass fell to the ground at around 12:04 p.m., police said. No one was injured.

Firefighters rushed to the scene and police temporarily closed off the street.

A construction worker at the scene said that the hoist-way started “moving up by itself.”