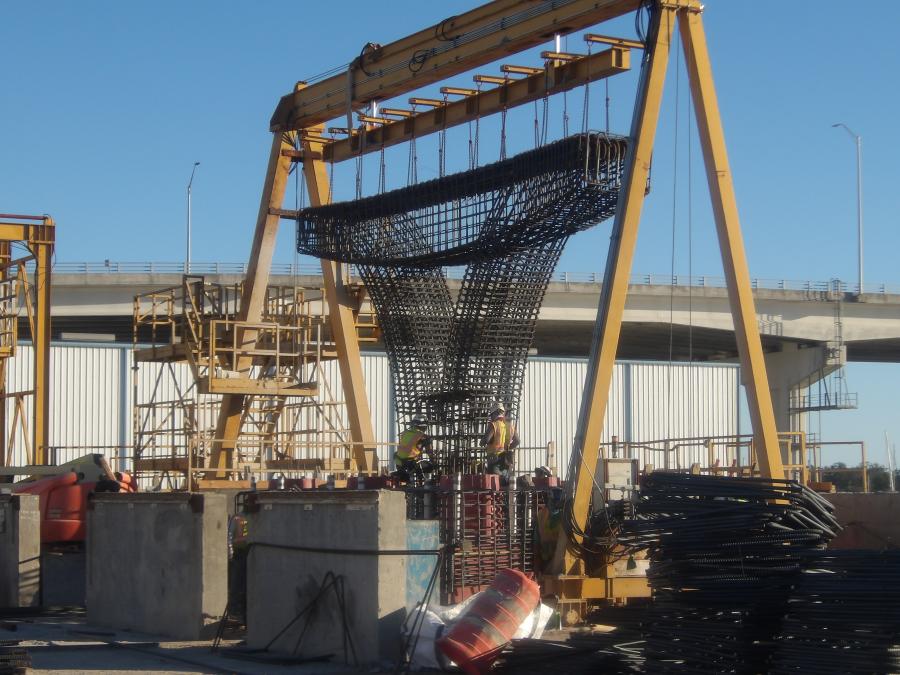 As demolition progresses on the storm-damaged Pensacola Bay Bridge, the Florida Department of Transportation (FDOT) is preparing to begin driving piles — concrete posts that are driven into the ground to act as a leg or support for the new bridge — during the first week of December.

The 15,640-ft.-long span was struck by several construction barges that had broken loose from their moorings during Hurricane Sally's rampage through the area Sept. 15.

At least one barge wedged itself under the bridge, collapsing a section of roadway and forcing its immediate closure. No one was injured, but later engineering assessments determined that five of the structure's 105 spans were damaged beyond repair and needed replacing, while two others required partial replacement.

As soon as the hurricane's winds subsided, the FDOT began sending teams of bridge engineers to inspect and assess the integrity of the Pensacola Bay Bridge. The agency also sent divers into the waters around the structure to examine damage to the footings.

During their inspection of the bridge following the barge collisions, state engineers found almost three dozen bridge spans had been hit, ranging from total collapse to minor damage. Additionally, several bridge piers rotated as a result of the barge collisions, which will require repair. There also were cracked pilings and damaged beams to fix.

To date, FDOT has:

The FDOT has a targeted re-opening date of March 2021. Once repairs are complete, all four lanes will be open with no load restrictions. As each repair method is developed, the state agency will be conducting reviews to ensure the contractor is hitting all its milestones in the established schedule.

The Pensacola Bay Bridge carries traffic along U.S. Highway 98/Florida SR 30 between Pensacola and Gulf Breeze. Motorists should continue to use all available detour routes, which include the Garcon Point Bridge and SR 87.