Felling's 'Trailer for a Cause' Raises $2,250 for Brain Tumor Association 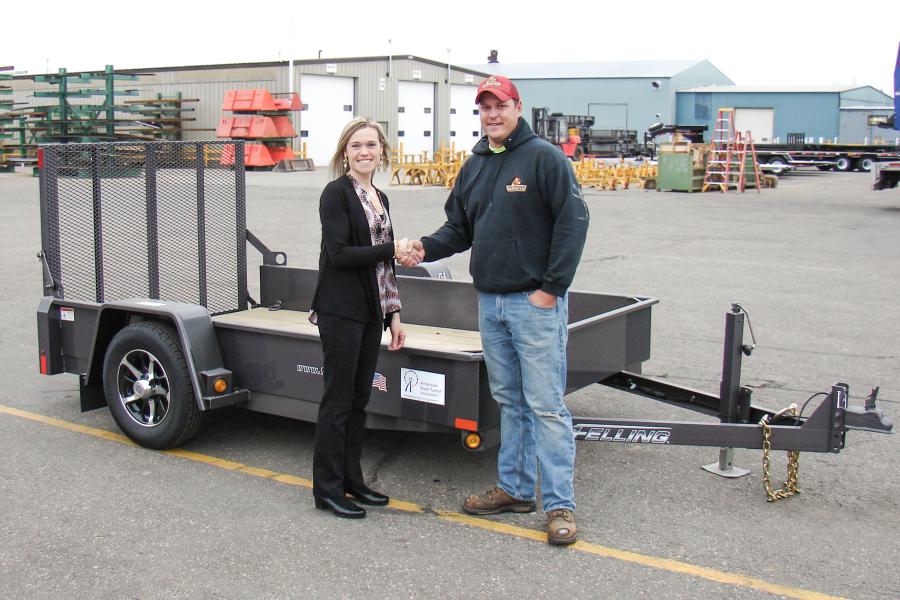 Felling Trailers concluded its 4th Annual Trailer for a Cause auction on Nov. 11th, by auctioning off one of its most popular trailers, the FT-3 drop deck utility trailer. The trailer has been painted “Brain Tumor gray” — Felling's way to pay tribute to individuals affected by brain tumors.

Tredit Tire generously donated the wheels and PPG Commercial Coatings donated the custom metallic grey paint for this trailer and cause.

Anyone who has taken part in an online auction, knows that a lot can happen in the last few days, hours, minutes and even seconds. As the seven- day online auction of the Felling FT-3 utility trailer came to an end, this too was the case.

With more than a dozen participating bidders watching the clock count down, Patrick Stepan placed the final bid. Stepan, a Sauk Centre native, won the auction with a bid of $2,250.

Felling will donate100 percent of that winning bid to the American Brain Tumor Association (ABTA), which has a mission of understanding the treatment of brain tumors and improving and extending the lives of people impacted by a brain tumor diagnosis. The goal of Trailer for a Cause is to help various non-profits through financial support and awareness.

Making a Difference – One Trailer at a Time

Felling Trailers is proud to have helped some of its favorite health-related non-profits through the annual charity trailer auction. To date, Felling Trailers has raised more than $9,000 through Trailer for a Cause.

Here are some of the previous non-profits that Trailer for a Cause has supported:

Learn more about the American Brain Tumor Association and its work at abta.org.