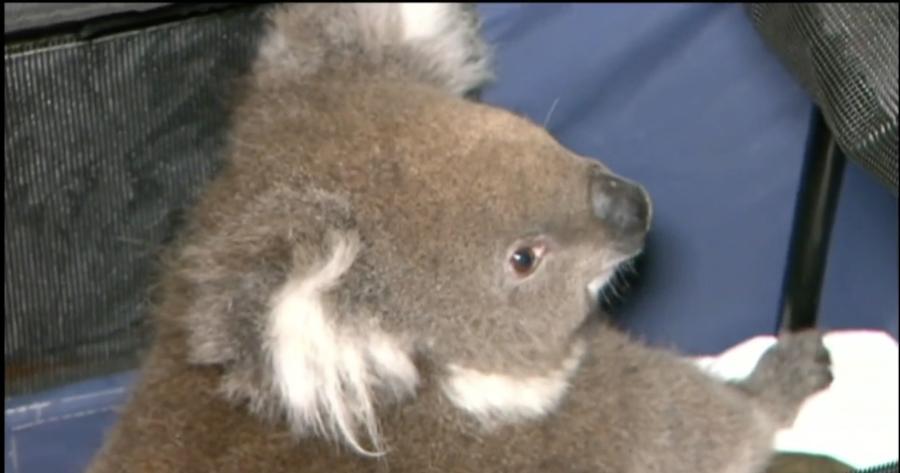 A koala that took refuge on top of a drilling rig at an Adelaide, Australia, construction site, was rescued early Oct. 3, local media reported.

The koala was apparently chased off a busy road by a driver to avoid it being hit by passing cars. But it then climbed up the rig at the construction site and refused to budge until rescuers brought it back down to safety. After posing for a photo, it was loaded into the back of a car taken for a check-up.