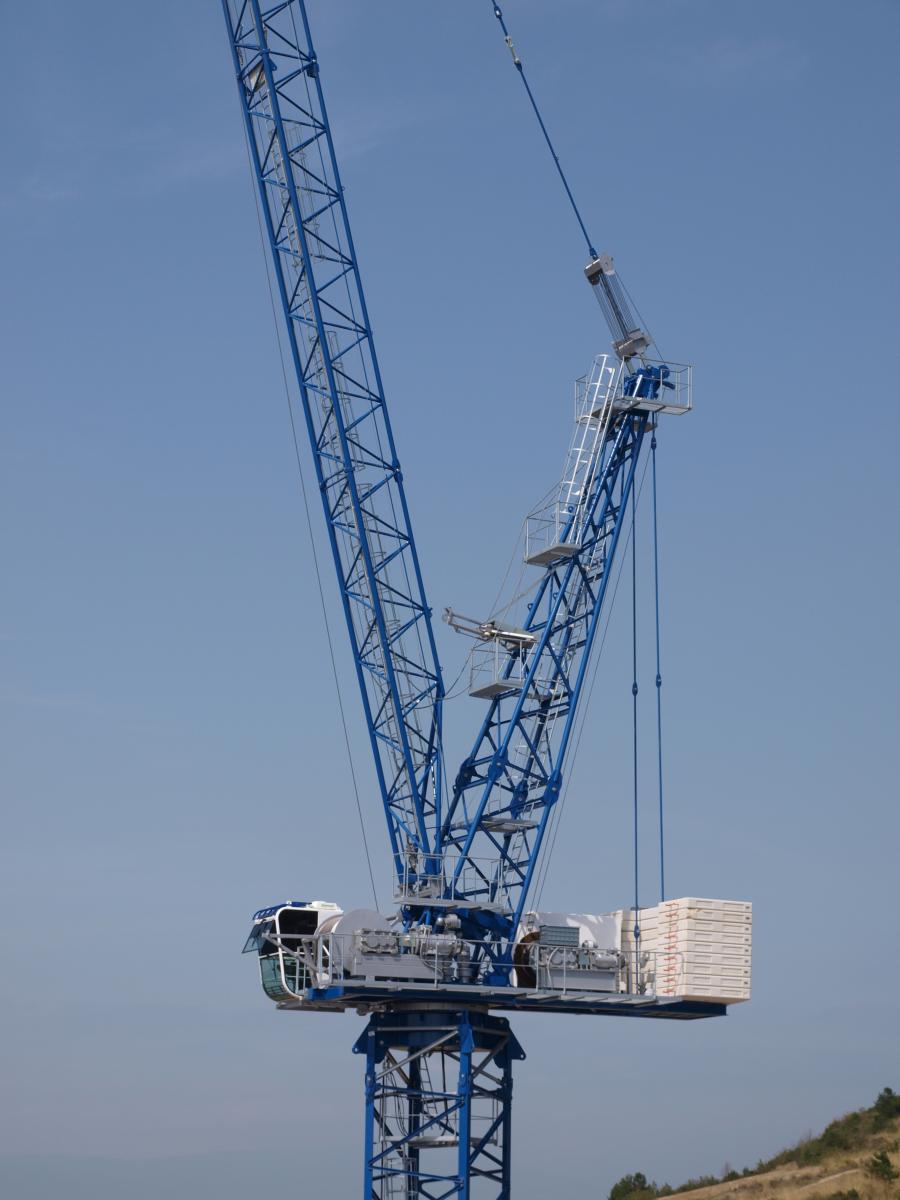 Linden Comansa America (LCA) will exhibit at the upcoming 2017 ConExpo-Con/Agg trade show, which will take place from March 7-11 in Las Vegas, Nevada, USA. LCA is the exclusive North American distribution and service company for the parent organization Linden Comansa, headquartered in Spain. The company's booth location is G-2789 in the Gold Lot of the outdoor exhibition area at the Las Vegas Convention Center. ConExpo is one of the world's most significant construction trade shows with more than 2,500 exhibitors and 2,500,000+ sq. ft. (232,258+ sq m).

At the show, LCA will display a luffing-jib tower crane — the first time a luffer has ever been displayed by LCA at a North American exhibition. The company will also highlight all the new developments and Original Flat-Top cranes launched during the past year leading up to ConExpo.

・ Making its first appearance ever at ConExpo, the LCL 310 luffing-jib tower crane comes in three versions: 12, 18 and 24 tons (26,460 lbs, 39,680 lbs and 52,910 lbs), with maximum jib lengths of 197 ft. (60 m) and jib lengths every 16.4 ft. (5 m). The electric luffing-jib tower crane, with its compact, out-of-service position and reduced hook radius, is ideal for use in cities or congested job sites. The LCL 310 will be available for rental at LCA's Northwest Rental Division in Washington after the show.

・ The new LCL 700, the largest luffing-jib crane in the Linden Comansa lineup, is being officially launched just a few weeks before the trade show. It will be unveiled at the Linden Comansa headquarter location in Spain. Offered in 50 and 64 ton (110,231 and 141,095 lb.) versions, visit our ConExpo booth for more details.

・ The 3000 Series of Linden Comansa Flat-Top tower cranes consists of two models that vary from 32 ton, to 48 ton, to a heavy 90 ton (70,550 lbs to 105,820 lbs, to a heavy 198,410 lbs). These cranes are in response to new markets and customers interested in the safest, fastest and largest crane capacities ─ and all at an affordable price.

・ The 16 LC 260 features an integrated tower top and counter-jib into one component. Frequency-controlled drive systems from 37 to 110 kW, the 260 provides a load chart slightly lighter than the 21 LC 335, but at a significantly lower cost.

With a wide variety of Linden Comansa models introduced over the past year, customers will have more equipment choices to select from to better meet their next project or their local market needs — whether from North, South or Latin America (where the majority of trade show visitors will be from due to the show's U.S. location), in addition to the other 150+ countries represented at ConExpo.

At ConExpo, attendees will have the opportunity to meet the Linden Comansa sales and support team, see the luffing-jib tower crane on display, learn more about the company's Flat-Top crane models, and discover the recent high profile projects where Linden Comansa tower cranes are now working.

Bill Carbeau, Linden Comansa America's vice president of business development anticipates a busy show: "The market remains upbeat, many projects are ready to be released, and analysts are predicting positive growth within our industry. Therefore, we encourage contractors to visit our booth so we can better inform them about the capabilities of our cranes that can improve productivity, along with the outstanding service and support that has built our reputation."

The upcoming display will be LCA's fifth consecutive participation at ConExpo. LCA was founded in 2002 to service NAFTA countries with sales, engineering, training as well as parts and service support. Its facility, located in Pineville near Charlotte, North Carolina, includes the main North American sales and support offices as well as a large warehouse for tower crane components, spare parts and technical training. LCA opened a Northwest Rental Division in Washington in mid 2016 to serve the states of Washington, Oregon and Idaho.