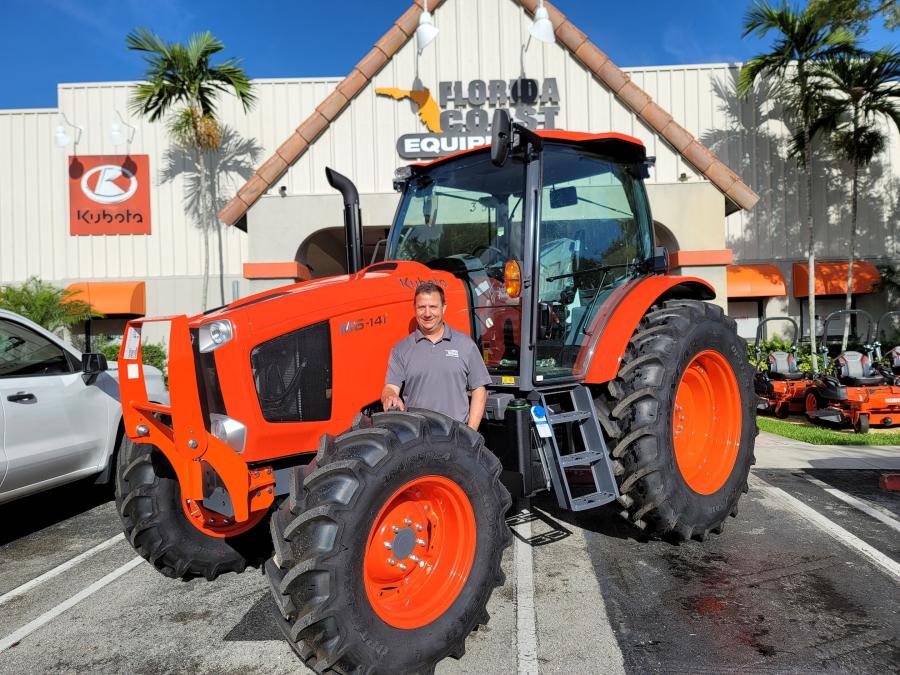 At Florida Coast Equipment, family doesn't just refer to the family-owned dealership, which has quickly become Florida's largest Kubota dealership, but also the family culture they have relied on for more than 30 years.

Over the last two months, the Florida Coast team has expanded into Land O'Lakes, Plant City and Homestead with the announcement of three new dealerships, bringing more than 100 new employees to the team, said Bachman.

As part of that expansion, Florida Coast Equipment has promoted Brian Kimpton, to the newly created position of chief operating officer to help navigate the company's continued growth and success, said Bachman.

"To be the best, you've got to hire the best," said Bachman. "That's why we believe in promoting from within the Florida Coast team and we are lucky to have Brian Kimpton to lead the day to day operations of Florida Coast Equipment and Big Orange Rental."

Bachman described Kimpton's leadership skills as "second to none," noting that the company valued strong leaders to achieve its goals.

Kimpton, who has served as vice president and general manager at the West Palm Beach dealership since 2019, described Florida Coast Equipment's culture of success and growth as a "simple daily practice of believing in employees and serving customers."

"As Florida Coast Equipment continues the journey of becoming the most successful Kubota dealership in the country, the culture of taking care of customers and employees will remain the center of focus within the Florida Coast family," said Kimpton. "Together we will continue to build on the foundation of excellence and grow the business while focusing on making today better than yesterday for every Florida Coast customer and employee."

After previously working for John Deere, Caterpillar and leading an Ohio Deere dealership from three locations to seven, Kimpton said he was humbled to have the opportunity to utilize his 20 years of experience in the equipment industry as a member of the Florida Coast Equipment's executive leadership team.

In praising the addition of Kimpton to the leadership team, Bachman also was quick to note that despite the company's growth, it would remain committed to it's family-focused, community driven approach that has made them Florida's premier Kubota dealership.

"We are excited to be growing and bring new jobs to the great state of Florida," said Bachman. "But no matter how much we grow, it's our team's tradition of delivering impeccable customer service and unrivaled product support that makes us who we are and that will never change."