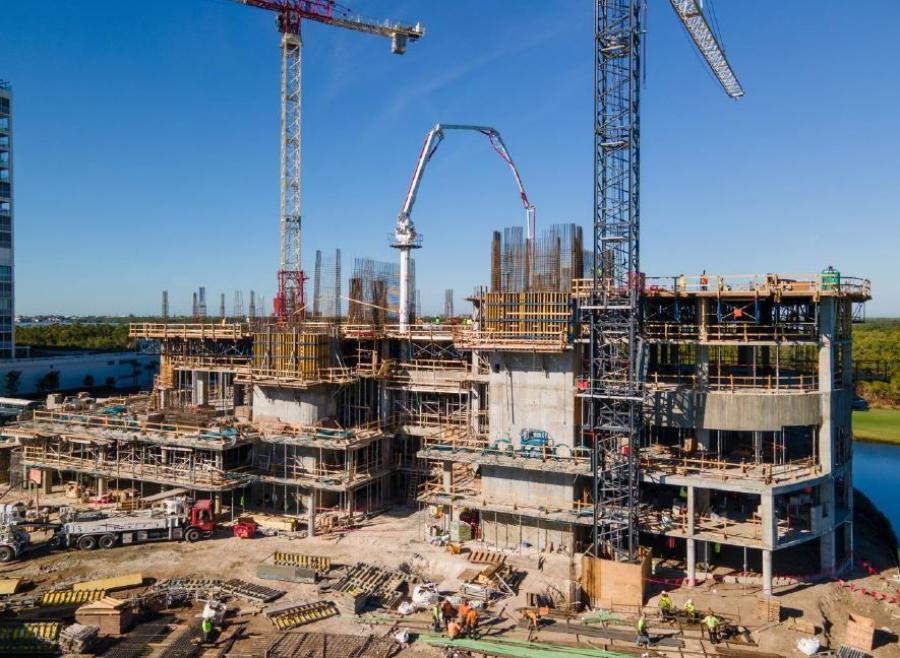 Florida developer Ronto Group announced in late February that construction of its 27-floor Omega high-rise tower at Bonita Bay, north of Naples, Fla., continues to progress at a rapid pace.

Concrete has been poured on the building's seventh level and forming for the level eight pour is under way, while the columns from each floor have been formed and poured. In addition, window installation and waterproofing are under way.

Finish selections for residences on floors seven and below have already been made and the deadlines for the selections for homes on the upper floors have been set.

The clean-lined Omega tower will feature 67 residences, including 63 spacious tower residences and four penthouses. The tower offers a long list of luxury amenities and an approach to high-rise living never available in southwest Florida until now, according to Ronto Group.

"BCBE Construction LLC is honored to be working with the Ronto Group on their most recent project," said BCBE Construction Project Executive Joe Krastel. "The Omega project in Bonita Bay is a truly spectacular project and will act as the premier condominium in Bonita Bay. [We have] completed 25 percent of the vertical structure at this point and the interior construction is just getting started.

"It is exciting to see this building, after years of planning, starting to take shape," he continued. "The level of amenities offered and the standard of finishes [available] will make Omega an outstanding addition to Bonita Bay and a landmark that BCBE and the Ronto group will be proud of for years to come."

Omega is the last luxury high-rise tower to be built within the Bonita Bay community and provides potential residents a final opportunity for an all-new, maintenance-free, luxury condominium lifestyle within the development.

By Feb. 20, Ronto processed sales totaling more than $125 million at Omega, including $10 million in January alone, and the tower was more than 50 percent sold.

"Omega represents the culmination of countless hours of planning and research to deliver what we consider the highest end luxury tower in all of southwest Florida," said Ronto Group President Anthony Solomon.

The Ronto Group is headquartered in Naples.