Foley Engines Celebrates More Than a Century in Business 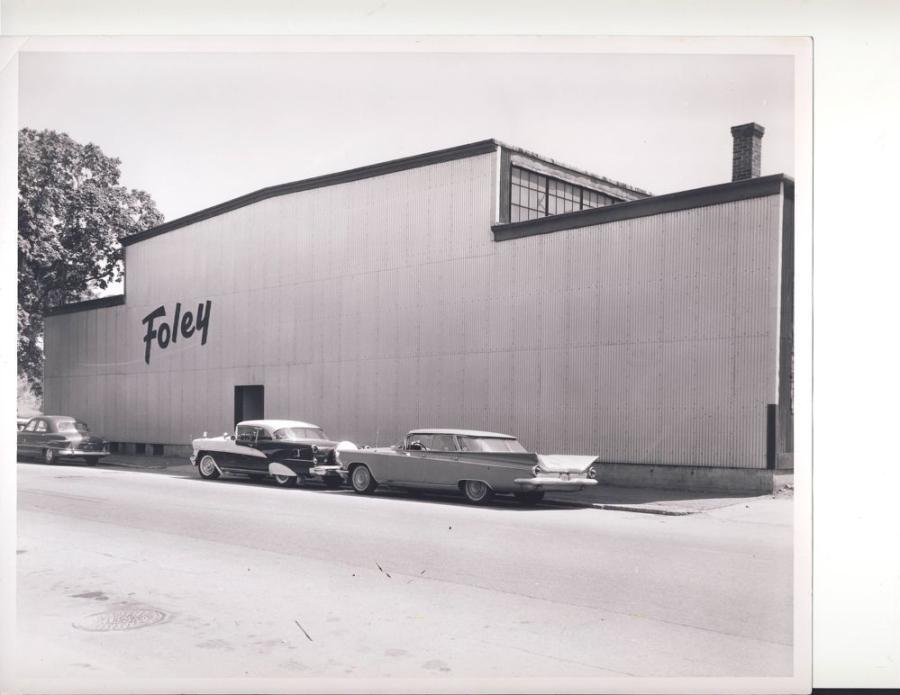 Foley Engines building, in the beginning. The company still operates out of this facility in Worcester.

Foley Engines, North America's oldest engine distributor, is celebrating its 103rd anniversary in 2019. The family-founded and operated company, opened in 1916 by Bill Foley, is now in its third generation of family operation, with Jay Foley, grandson of Bill, serving as the current president and CEO of the company. 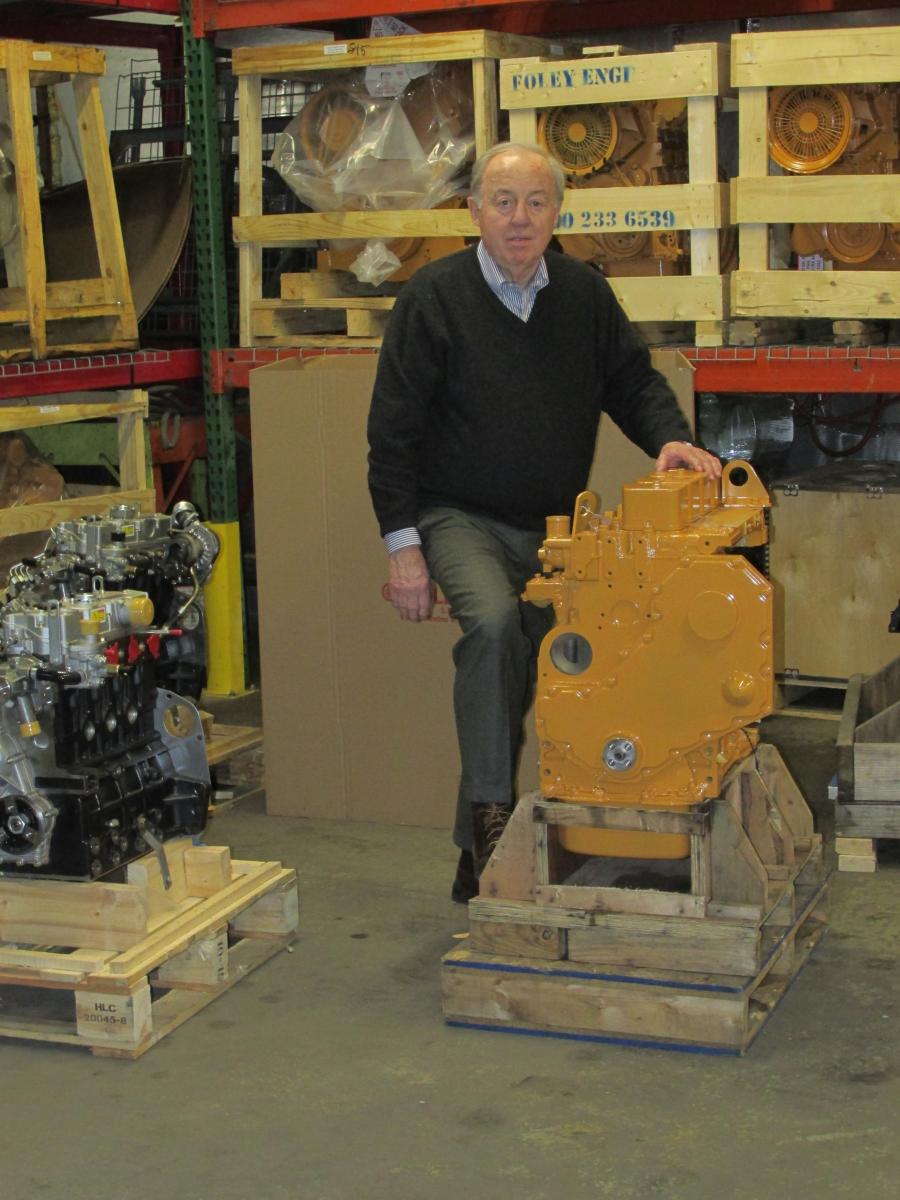 Jay W. Foley stands beside one of his company's many engines in inventory.

"It seems that every generation we change directions a little bit," said Jay Foley, who joined his family's company in the 1980s.

"My grandfather started as a distributor of Goodyear tires. My father in the 1950s and '60s was a rebuilder of industrial engines, meaning engines used off-road and in construction equipment. We specialized even more in industrial engines but also offered new engines as well as remanufactured engines. Most recently, we're doing a lot with exhaust scrubbers and exhaust purifiers. We are still a very large presence in industrial engine market."

Meeting Customer Needs Near and Far

Foley Engines has been operating out of its facility, formerly a steel mill located at 200 Summer St. in Worcester, for approximately 55 years. There, the company stocks approximately 600 remanufactured engines that are ready to be shipped to locations worldwide. Foley said this inventory number is a benefit to end users because they'll experience no downtime. The facility's proximity to Boston also is a big plus.

"For example, many airport tugs are powered by Deutz engines," Foley said. "If an engine goes down on an airport tug, they can really be in a jam. But we have on the shelves, remanufactured Deutz engines for use in airport tugs. So, we can have an engine at Logan Airport within an hour." 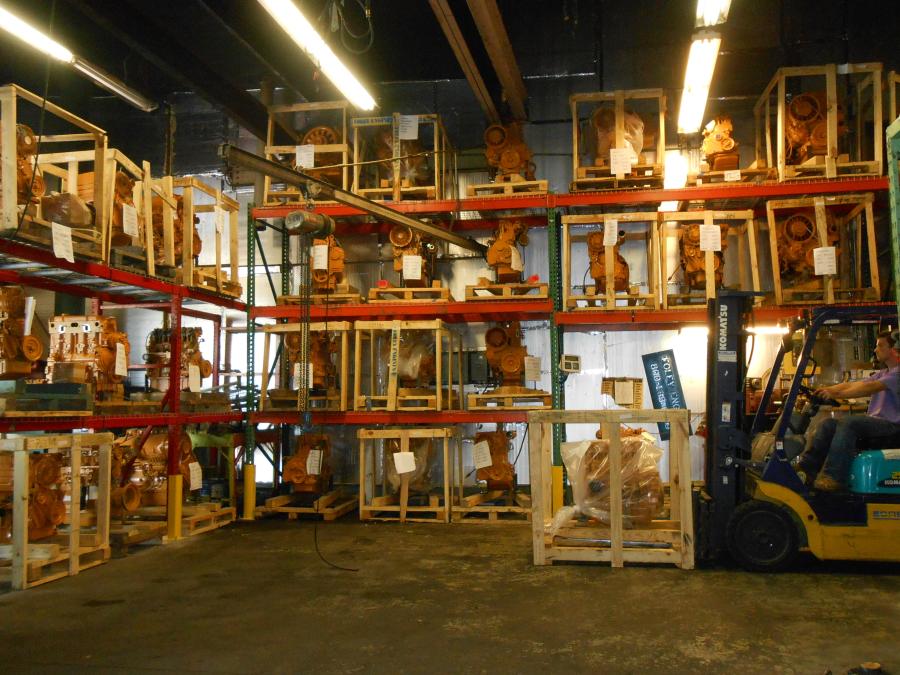 Foley Engines offers same day shipping on in stock parts. This gets orders processed and to customers as quickly as needed.

"Nobody leaves until everything is shipped," Foley said. "We aren't going to walk out of here with orders still lingering."

Foley Engines also will ship anywhere in the world, and UPS is conveniently located just down the road from its facility.

"If you can reach your telephone, you are in our territory," Foley said.

International shipping began about 25 years ago when the Internet and search engines became more accessible and popular, in turn making it simple for Foley Engines to market in such places.

Air Scrubbers and the Big Dig

Foley Engines played a large part in Boston's Big Dig Project that started construction in the early 1990s. The project objectives were to replace an elevated highway and extend the Massachusetts Turnpike I-90 with underground tunnels. This meant a lot of equipment being used underground would release toxic emissions with insufficient airflow and poor quality making it an extremely hazardous environment.

Foley Engines introduced a line of scrubbers that were used during the Big Dig on construction equipment that made the air underground safe from the emissions these machines emit.

Foley Engines recently launched a new line of exhaust scrubbers for internal combustion engines. CleanAirExhaust365 is an emissions control device that is either installed in place of or attached to the tailpipe of a combustion engine. The scrubber then purifies the air before it exits the machine.

"It works very much like the catalytic converter on a car," Jessica Manos, certified scrubber specialist at Foley Engines said. "The materials that are inside, which are mostly platinum, they heat up and react with the chemicals in the emissions to turn it into water and carbon dioxide. So, it's using the heat from the exhaust to change the chemical makeup of the emissions themselves." 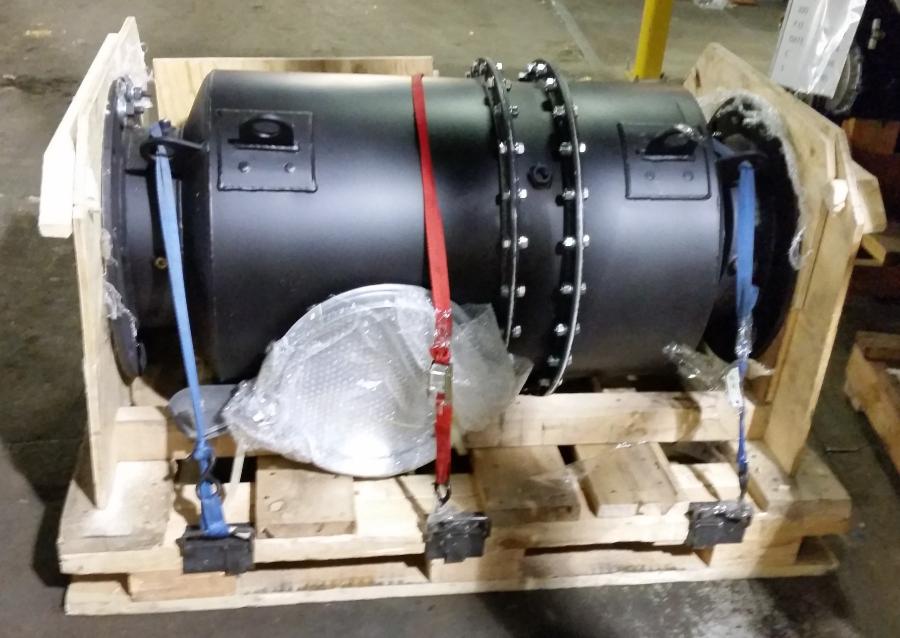 Seen here is a clip-on scrubber for diesel equipment up to 1,000 hp.

"Scrubbers work well if they have a long torturous chamber," Jay Foley added.

A torturous chamber is where the exhaust air is routed through a long series of bends and curves inside of the scrubber to help clean the air.

"It's just not a simple straight path. Our scrubbers have a very long and involved pathway. The longer the torturous chamber the cleaner you get the air."

Foley Engines' new line of CleanAirExhaust365 scrubbers, which make exhaust emissions safe and legal to breathe, include the clip-on scrubber and combination muffler scrubber. The clip-on scrubber is fastened to the existing tailpipe and is removable. Because it is attached to the existing muffler, it will protrude from the machine. It is a slightly smaller investment and has the benefit of being relocated to different machines. The combination muffler scrubber installs permanently in place of the machines existing muffler making it less likely to be damaged while in use.

This line of products contributes to controlling the emissions that come from industrial machinery in a variety of settings. States with strong environmental standards like Massachusetts, California, New York and others, as well as institutions like Vassar College, now require these products to be used to regulate the amount of pernicious emission.

"Coming out of an engine background goes hand in hand with the scrubber business. These scrubbers are going on similar engines. Customers are more confident in us because we know engines and have been in business for over a century. But the product we are most proud of is these scrubbers because we are cleaning up the air. And that's a nice achievement," Jay Foley said.