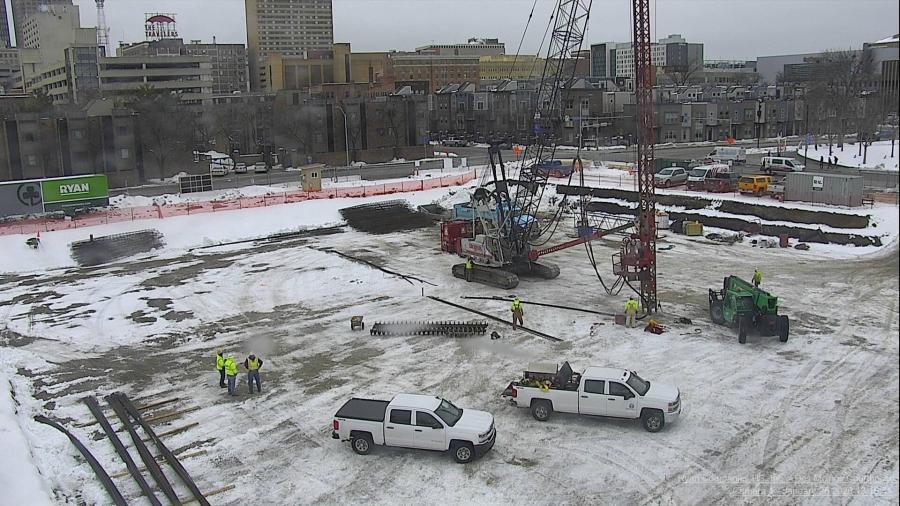 Foundation work on a new $136.6 million federal courthouse in Des Moines is under way.

Foundation work on a new $136.6 million federal courthouse in Des Moines is under way with augered pier work complete and pile cap installations and early work packages for the deep footings and site utilities started in March.

Contractors broke ground on the project last August, with anticipated completion set for fall of 2022. Set on the west bank of the Des Moines River, the 229,000-sq.-ft., 6-floor building will replace the existing U.S Courthouse and a leased courthouse annex in downtown Des Moines. It will provide nine courtrooms and 13 chambers and will house: 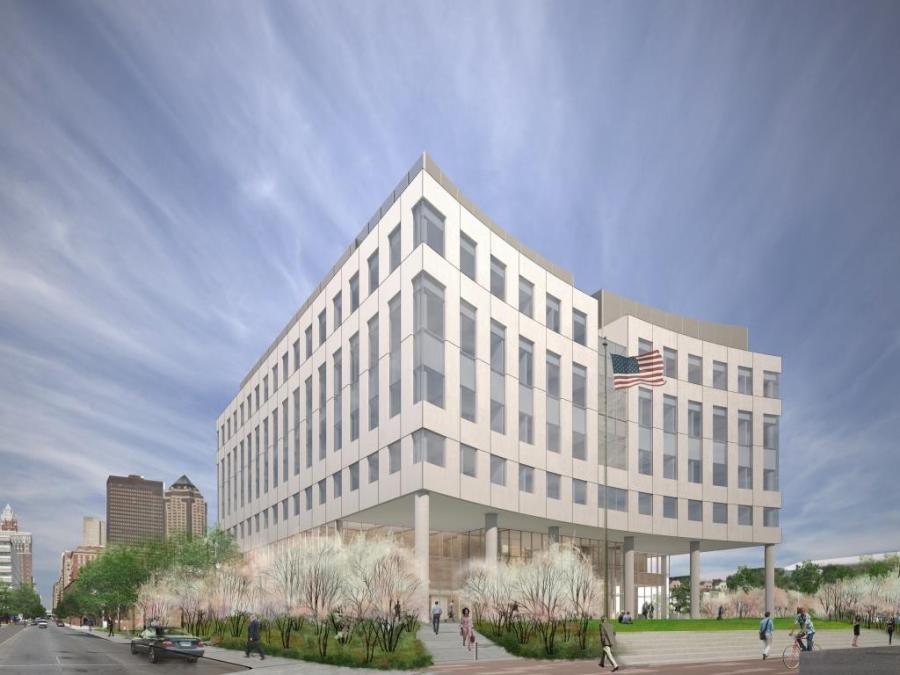 Mack Scogin of Merrill Elam Architects in Atlanta, in a joint venture with Neumann Monson Architects of Des Moines, is the design team for the project. Jacobs Technology was awarded the contract for construction manager as Agent.

Amenities include the use of natural light through public spaces and public artwork commissioned specifically for the project.

In addition to many pieces of light equipment, most of the equipment on site is for earthmoving activities, Kohler said.

"These include excavators, loaders, dozers, graders, rollers and dump trucks. There will be at least one tower crane for the project," she said. 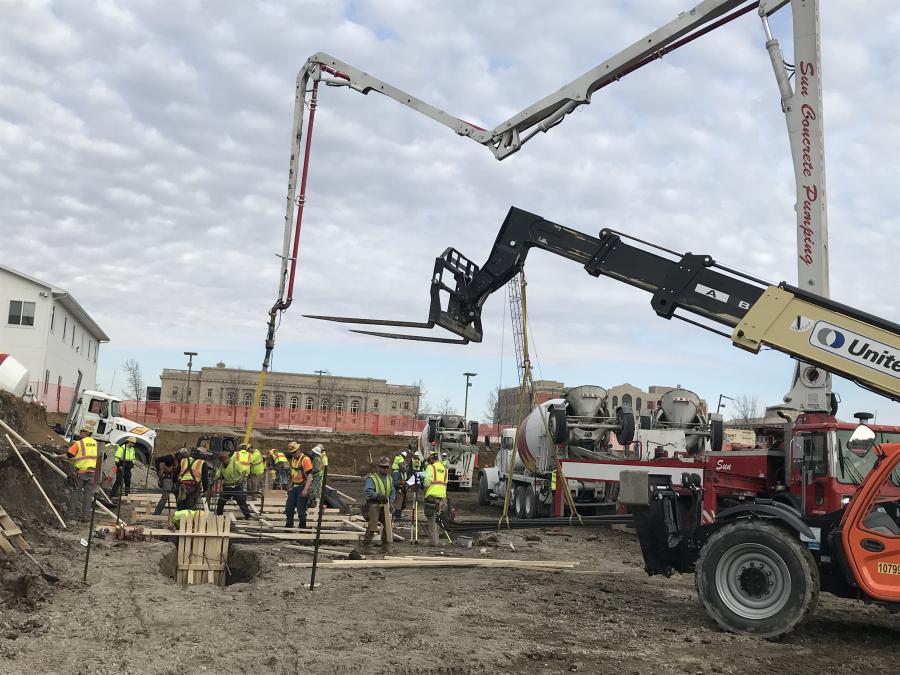 One of the biggest challenges of the project was finding a site and maintaining public support, Kohler said. The GSA worked with the community by sharing its progress and plans, engaging in regular conversation and moving forward with the public toward the project completion.

The courthouse will sit on a vacant lot previously occupied by the YMCA, which was demolished in 2015. The GSA purchased the lot for $6.5 million.

John Jarvey, chief judge of the Southern District of Iowa, said there had been an exhaustive search but some prospective sites were eliminated because they were priced far above the appraised value, according to the Associated Press.

"The riverfront site is outside the floodplain, environmentally clean and ready to build on," Jarvey said. "This project deserves this place in the community. It's an important community function and this is the right site for the federal courthouse." 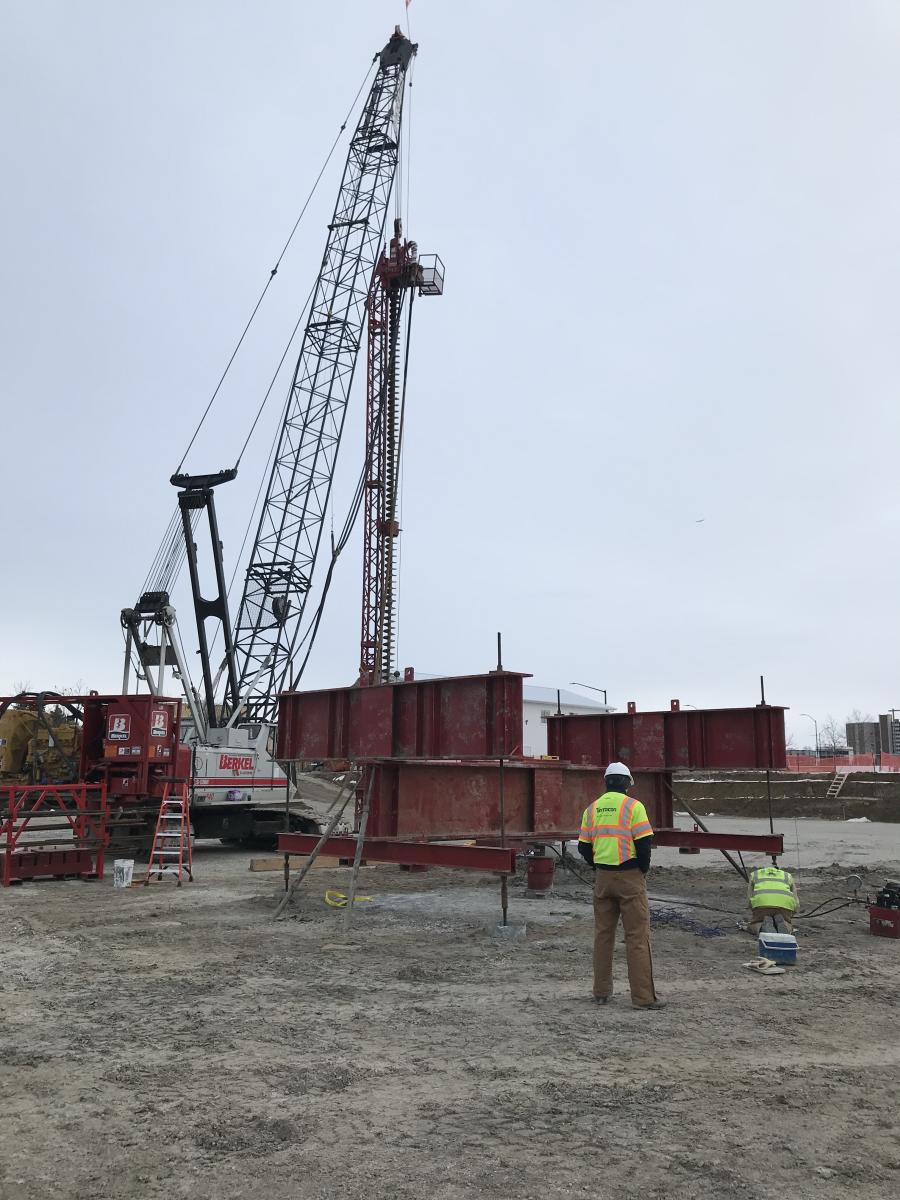 The next milestone on the project is the selection of artists for the Art in Architecture program.

"GSA reserves one-half of one percent of the estimated construction cost of each new federal building to commission project artists. A panel composed of art professionals, civic and community representatives, the project's lead design architect, and GSA staff meets to discuss opportunities for artists to participate in the building project. This panel reviews a diverse pool of artist candidates and nominates finalists for GSA to evaluate. Artists who receive federal commissions work with the project architects and others as members of a design team to ensure that the artworks are meaningfully integrated into the overall project." CEG