An improvement project currently under way in the town of Culpeper, Va., will improve Route 229 (North Main Street) from two to four lanes. 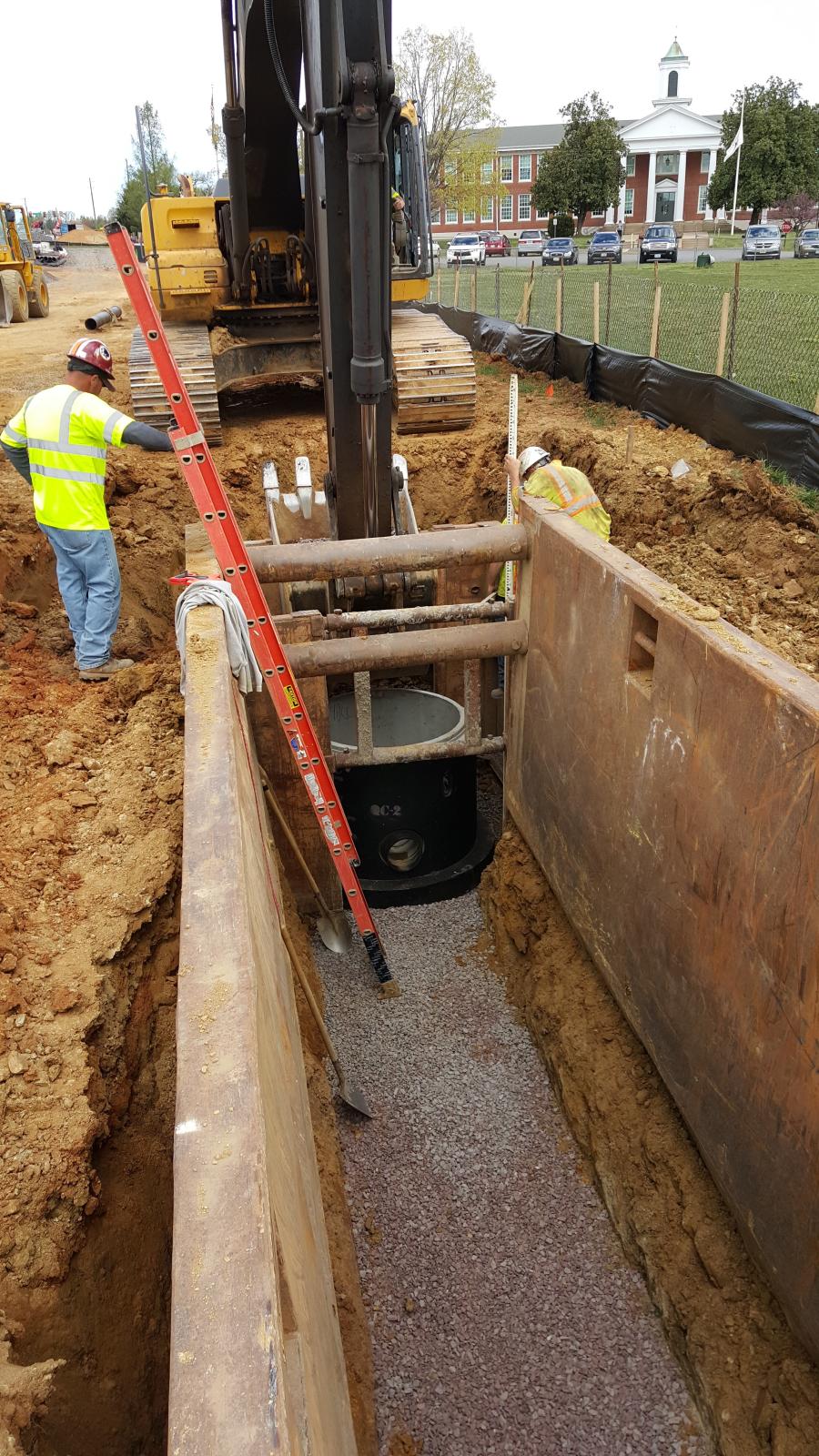 An improvement project currently underway in the town of Culpeper, Va., will improve Route 229 (North Main Street) from two to four lanes.

An improvement project currently under way in the town of Culpeper, Va., will improve Route 229 (North Main Street) from two to four lanes.

The full project cost is $14.1 million, broken out as follows: $3.1 million preliminary engineering; $2.5 million right of way acquisition and utility relocation; and $8.5 million construction. The value of the construction contract is $6.65 million. The remainder of the construction funds are reportedly budgeted on inspection services, materials testing for concrete and asphalt quality, engineering fees and contingencies.

The prime contractor is Fielder's Choice Enterprises Inc. of Charlottesville, Va. Will Ashwell is the project manager, and Wade Shifflett is the project superintendent.

The project will widen a 0.8-mi. (1.3 km) segment of Route 229 from two to four lanes, with left- and right-turn lanes where warranted. It involves grading, storm sewer pipe installation, paving and construction of sidewalks and a 10 ft. (3 m) wide shared-use path, as well as replacement of traffic signals and an emergency actuator signal near the county rescue squad building.

“The project is being built in a tight urban-like area, which requires extra attention to detail like curb and gutter, bicycle/pedestrian access, a storm sewer system and maintenance of traffic through a tight work zone,” he said. “With two schools in very close proximity, we also have to accommodate the increase in traffic during drop-off and pickup times, as well as confine most work to times when construction noise will not affect the residents living along this route.”

Londrey noted that the project will complete the widening of Route 229 between the Culpeper downtown area and its northern terminus, and will greatly improve mobility for commuters who travel north to Warrenton and other parts of northern Virginia.

“In terms of construction, the relocation of utilities — including several deep sanitary sewer lines — has been extensive,” he said. “Since the work is occurring in the front yards of 48 single-family homes along Route 229, maintaining services like water and sewer presents another unique challenge.”

This project originated in 1997 and at that time included the intersection improvement that later became the Route 229 roundabout project, completed in July 2015. The projects were split in 2008 at the request of the town of Culpeper.