The solar-panel roadways could generate power for up to 5 million people, or 8 percent of the country's population. 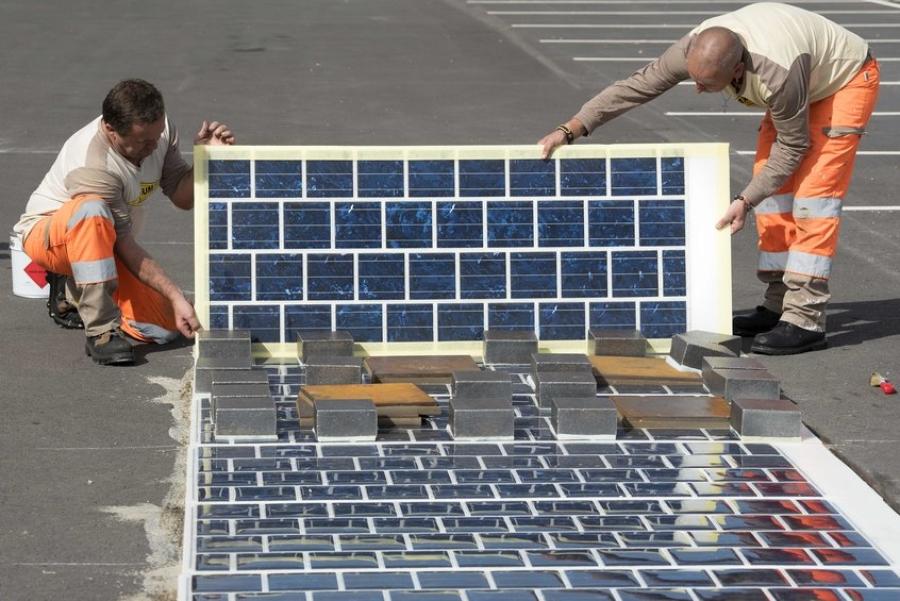 Image courtesy of Colas Wattway/Popular Mechanics. A 1-kilometer segment of the surface, called Wattway, can generate enough power for a town of 5,000 people.

Popular Mechanics is reporting that the French Minister of Ecology and Energy, Ségolène Royal, has announced that the country plans to cover 1,000 kilometers (621 miles) of roads with solar panels, according to the Global Construction Review. A 1-kilometer segment of the surface, called Wattway, can generate enough power for a town of 5,000 people, according to Colars, the manufacturer of the panels. This means the energy-generating road surfaces could provide power for as much as 8 percent of the French population, or about 5 million people.

Installing the solar-panel surface over the 621 miles of existing roads is expected to take five years. The surface is 7 mm thick, or about a quarter inch, and has photovoltaic cells arranged like tiles in a polycrystalline silicon layer that is applied directly to the road. The panels should be strong enough to support fully-loaded trucks and provide the same amount of traction as asphalt. Testing on the solar-panel road surface is expected to begin in the spring.

The Netherlands built a 70-meter (230-foot) solar-panel bike path in 2014, though the scope of the French plan dwarfs that project. Japan is also working to construct innovative solar plants, though theirs float on reservoirs and other bodies of water.

What we don't know now is how much the solar road surface will cost, how it will stand up to inclement weather, and how long it will last until stretches of road need to be replaced. But if the surface truly is as sturdy and reliable as asphalt, covering roads with something that can make use of all that sunshine seems like a no-brainer.