Customers from the Dayton area were invited to stop in and enjoy a catered lunch. 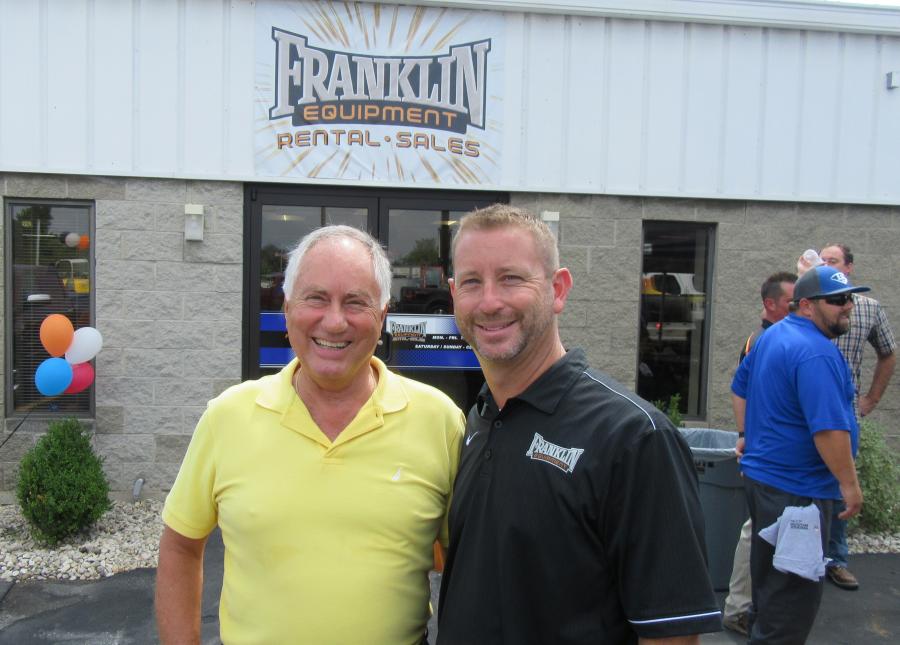 Franklin Equipment Company recently celebrated the opening of the dealership's Dayton, Ohio, with a grand opening event. Customers from the Dayton area were invited to stop in and enjoy a catered lunch from Rooster's, tour the new facility and see the dealership's lineup of equipment from New Holland, Skyjack, Wacker Neuson, Husqvarna, Tamco and Woods as well as attachments from Paladin. Guests also were provided with Franklin gear to giveaways.

The new 15,000 sq. ft. (1,393.5 sq m) Dayton branch is located at 1500 Kuntz Road in Dayton and features a sales area with parts counter along with a parts storage room and is currently staffed by a four person team of sales and service personnel.

The dealership was founded in 2008 by management team Gary Gabriel, Troy Gabriel, Tom Richardson and Tony Repeta, when they purchased the assets of Franklin Tractor. A key factor in Franklin Equipment Company's success and growth is an ongoing focus on hiring and developing a dedicated sales and service team. The Dayton Branch's newly appointed store manager, Brett Lindeman is an example of the company's efforts to develop talent from within the organization. Lindeman started with the dealership in 2011 as an intern in the parts and service department. He was selected to participate in Franklin Equipment Company's Star Performer training program, which ultimately led to his new position.