Freight Bottlenecks Are a $42B Hidden Cost On U.S. Economy, Federal Data Shows 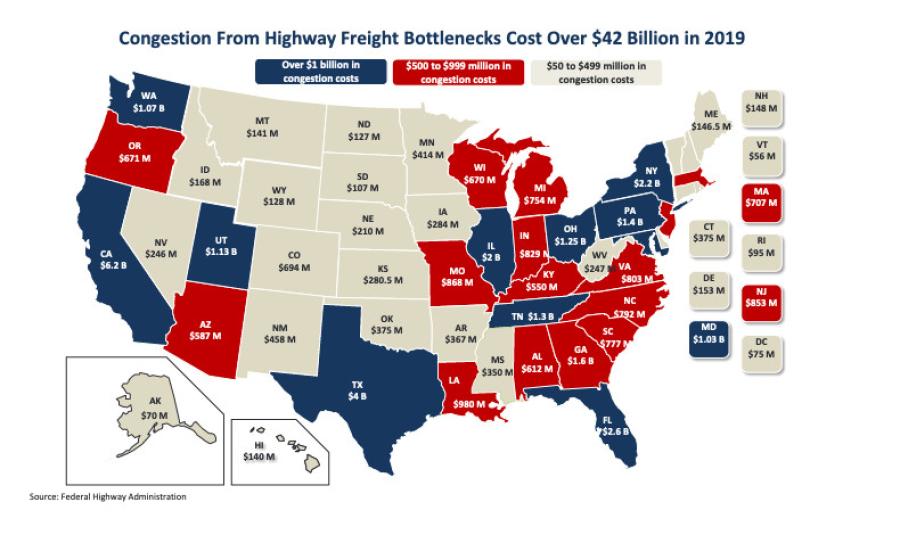 Freight bottlenecks cost the U.S. economy more than $42 billion in 2019 — a hidden tax on the American people that is only likely to increase as the country fully opens, according to a review of Federal Highway Administration (FHWA) data.

FHWA calculates the delay per mile to quantify the cost of bottlenecks across major corridors and compares performance from year to year. Almost 73 percent of the value of domestic freight is shipped via truck and the value of truck shipments is expected to more than double by 2045, according to ARTBA's analysis of FHWA's data.