For many motorsports fans in the Northeast, Lime Rock Park in Salisbury, Conn., is the pinnacle of race tracks and a destination not to be missed.

Sean Wendell (R) and Jon Sweeney have known each other since high school. Their companies, Shawn’s Lawns and DLTC Landscape Contractors are working at Lime Rock Park on a major improvement program for the historic Salisbury, Conn., racetrack.

For many motorsports fans in the Northeast, Lime Rock Park in Salisbury, Conn., is the pinnacle of race tracks and a destination not to be missed. Why? One reason is the track’s unique set up. The 1.5-mi. (2.41 km), up-and-down track accommodates any type of racing, including NASCAR and IndyCar. The track also has a history of attracting many of the top names in the sport.

But perhaps the most significant draw is the setting itself. The track is located in the foothills of the Berkshire Mountains, about two hours north of New York City and two-and-a-half hours west of Boston. Another unique aspect of the park is that spectators at Lime Rock don’t sit in a grandstand — they view the action from a hillside. It’s a beautiful, historic and family-friendly environment that few other tracks in the country can match.

Opened in 1957, the track is undergoing major renovations to help enhance the spectator’s experience and track safety. Fans will enjoy improvements to walkways, hospitality areas and restrooms, as well as updates to the infield hillside that will improve viewing. Safety improvements are also slated for this summer. The drivers paddocks are receiving a complete facelift, roadways are being widened, a new guardrail is being built around the track and a new drainage system is being installed to help eliminate standing water issues. The entire track surface was repaved in 2008. The improvement project, called “Road to 60,” is already under way and is scheduled to be completed in 2017, the 60th anniversary of the track.

Two friends, Jon Sweeney and Sean Wendell, both of whom started lawn mowing businesses while they were still in high school, are among the contractors working on the Lime Rock “Road to 60” project.

“In the beginning, I was just trying to make a little money by mowing lawns and caddying at a golf club,” he recalled. “There, I met some well-to-do guys who asked if I wanted to do some work at their houses. That was sort of the start of DLTC. After high school, I went to college but didn’t like it, so I quit. I made DLTC a full-time business and never looked back.”

Today, DLTC is a full-service landscape contracting firm with 30 employees.

“We do seeding, sodding, grading, drainage, infiltration systems, landscaping, hardscaping [driveways, patios, and stone walls], maintenance [lawn, shrub/tree care, snow removal, etc.] and other services. We also have a transfer station and a material supply yard. Some people still think we’re a ’mow and blow’ operation like I was in high school, but we’re far from that these days.”

“As the name implies, Athletic Field Services builds athletic fields,” said Sweeney. “Sweeney Management Group does construction and project management. Not to brag, but I’m good at getting work done. Overseeing it. Managing it. Hiring the right subs. So construction management is something I hope to do more of moving forward.”

At Lime Rock Park, Sweeney is working in two capacities — Sweeney Management Group is the general contractor and DLTC is a sub, or as Sweeney calls it, a participating contractor.

“DLTC is doing the drainage work, heavy site work, fine and laser grading, landscaping, hydroseeding and sodding,” said Sweeney. “We’re subbing out other aspects of the job. Planning for the improvements started in May 2014 and we got the green light to proceed in March of this year. That’s when all the regulatory agencies gave their final approval. After that, we were, pardon the pun, off to the races.”

The Lime Rock Park project is a good-size job, but Sweeney says the biggest issue is working around the track schedule. “It’s an incredibly busy facility and it has to remain open, which means we can only bring in material, trucks and equipment on certain days and at certain times of the day. That’s a challenge but it’s okay — we like challenges.”

He says he’s able to take on challenging jobs because he has top-notch employees. “I have an excellent team. The success I’ve had is not about me, it’s about my employees. I’ve surrounded myself with talented individuals — DLTC Project Manager Dave Rosa, AFS Manager Bill Seccareccia as well as our operators and laborers — and given them responsibility and let them run with it. I have a great team of responsible people I know I can count on and that’s crucial. Nobody can do it alone.”

To do its work at Lime Rock, DLTC has a Komatsu D37 dozer, a Komatsu PC220 excavator and a Komatsu WA250 wheel loader.

“I’ve been a Komatsu user for more than a decade now,” said Sweeney. “Komatsu equipment is productive, reliable and long-lasting. And as far as dealers go, Ehrbar and the Ahern family are the best. In addition to the units we own, we use Ehrbar for parts, service and rentals, and the way they treat us is phenomenal. I have nothing but praise for the support they provide to DLTC.”

In the future, Sweeney expects DLTC to remain one of the leading landscape contractors in Connecticut. He also sees an expanded role for Sweeney Management Group.

“We’re experts in environmental and wetland work, as well as the rules and regulations that are required. They’re complex and can be confusing for people not familiar with them. I think Sweeney Management will be in demand as a company that can guide people through that maze of red tape so jobs get done right the first time without any hiccups or holdups.”

Fine Grading with the Komatsu D51EXi

As general contractor for the Lime Rock job, one of the participating contractors that Sweeney hired was Shawn’s Lawns. It’s owned by Sean Wendell, an old high school friend of Sweeney’s from Darien.

“We both got into the lawn business as teenagers,” said Wendell. “He stayed more into the landscaping side, although he’s expanded it a lot, while I became more of a traditional site development contractor. He brought me in to do the fine grading at Lime Rock.”

“I knew Sean had a D51EXi, one of the new Komatsu intelligent Machine Control dozers, and I knew a fully automated dozer of that size would be perfect for this job,” said Sweeney.

Shawn’s Lawns, based out of Stamford, Conn., does a wide range of heavy site work in Fairfield County, Conn., and Westchester County, N.Y.

“We do clearing, excavation, grading and utilities,” said Wendell. “We also do large commercial projects, roads, schools — anything that has to do with preparing a site. I think our calling card is quality work and completing projects in a timely manner. We don’t mess around. We get in and get done so the builder can get started as soon as possible.

“We make our own state-approved aggregate by crushing rock, concrete and asphalt,” he noted. “One of our specialties is doing site projects where there’s a lot of rock, and where blasting is not an option. We hammer the rock and crush it for use on-site. There’s a lot of competition in site prep contracting. Lots of guys can dig a foundation hole in dirt, but not many are set up to deal with rock. We are, and that’s one way we try to separate ourselves.”

Shawn’s Lawns uses Komatsu PC800s with NPK GH40 hammers to do its rock work. It’s part of a large fleet of Komatsu equipment from Ehrbar and Sales Rep Andy Jett. The fleet includes about 30 excavators ranging from PC78s to PC800s; wheel loaders from WA250s to WA480s; a couple of HM350 articulated trucks; and four dozers — two D41s, a D65 and the new D51EXi that the company used at Lime Rock.

“We got the D51EXi for two reasons,” said Wendell. “One, it’s the perfect size for finish-dozing, which is all we use it for. Two, it’s the newest technology with lots of benefits for us. We have a traditional Topcon GPS system on another dozer and understand what it’s done for us. The Komatsu intelligent Machine Control dozer, with GPS integrated into the machine rather than added on later, is the next generation of that.

“The automatic blade control is an outstanding feature that ensures maximum productivity and precise sub-base,” he explained. “Also, there are no stakes or grading required, which saves time and money. Bottom line, in this business time is money, and with the Komatsu D51EXi, we’re completing grading jobs in about a third of the time that it took us with a traditional dozer.”

Wendell says he’s happy to be working with Sweeney and DLTC on the Lime Rock job.

“With our Komatsu D51EXi, we’re able to knock out fine grading jobs quickly and efficiently. We’re hopeful that, in the future, there will be many more projects like this where we can join forces with Jon and DLTC.”

(Republished with permission from Ehrbar Advantage 2015, Issue No. 2.) 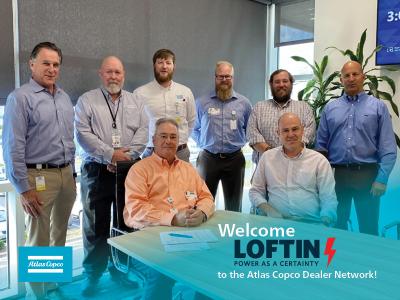