From Inmate to Contractor, Local Man Rebuilds His Life 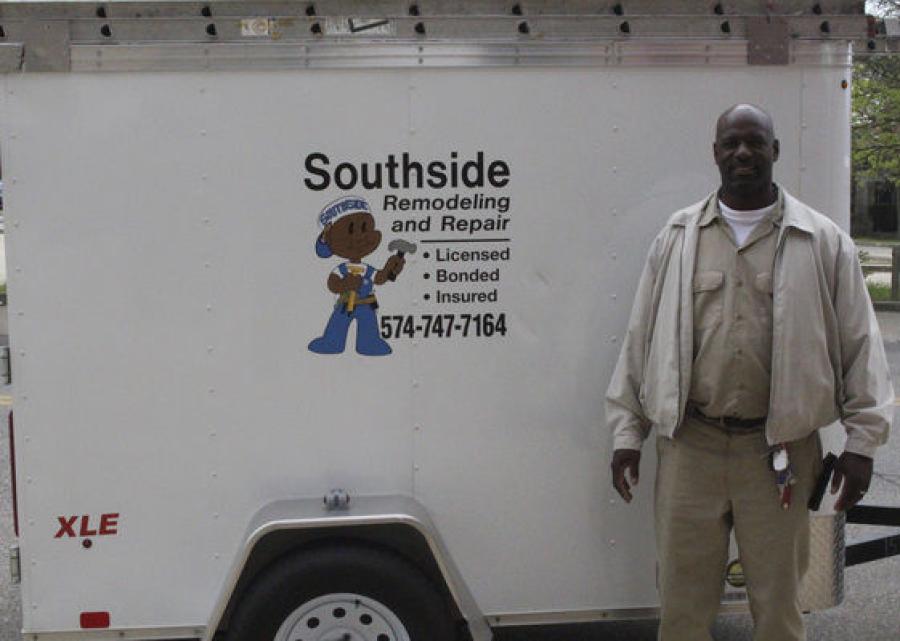 Myran McKnight prepared himself for becoming a contractor by reading books while serving his time in prison. Picture by Paige Mallory Passman

Myran McKnight may have been a man who led police in a series of vehicle and foot chases, was caught and served time awhile back, but that's not him anymore.

McKnight has made some significant changes in his life. Most recently earning the credentials to become an electrical and general contractor to start his own company, Southside Remodeling and Repair in Elkhart.

"I just was led to becoming an electrical and general contractor," McKnight said. "I liked the math, the electrical theory, the science of it. It was a challenge at first because a lot of people told me that it wasn't possible for me to become a master electrician, but I had to go through the union, and so that kind of motivated me to grab the books and just read. Then I noticed that I comprehended what I was reading and it became a hobby really."

Another motivation was following the example of another Elkhart contractor, Larry Walker, who McKnight said was the only African American general contractor in the city until he died.

"It was motivating,” he said. "I just went for a challenge and since then I've achieved it."

Self-taught by poring over books while in prison, McKnight gathered all he could and absorbed knowledge while serving his sentence.

"When I had all that time in prison I had the opportunity to go over standard construction techniques, the academic part of the trade, so mentally I was able to do it. I completed a college degree before coming back to Elkhart, and I realize that I have been selling myself short with some of my activities. I think God had a better plan for me," said McKnight.

"After I took the test for the general contractor, it was very emotional. I remember seeing 180 questions, so I divided it in my head, 4 hours that's 45 questions an hour. I turned the page to see that the test was only till 1 p.m., so I finished 40 minutes early. I remember walking out and the lady was like, `You're done early. Do you want to go over it?' I knew that I knew the material."

His future goals are not only about how far he can go in his new profession. It is about giving back to the Elkhart neighborhood where he grew up.

"My goal is to bring together a community repair group, where we can take some guys and they can work with me on projects. Hopefully we will be able to do 10 hours of volunteer work a week on projects that we pick, to give these guys some training," said McKnight.

He sees that as the first step toward perhaps motivating others to do better and stay out of trouble -- a lesson McKnight learned on his own difficult journey.

`After you make a few bad decisions in life you get accustomed to the stigmatizing of that,” he said. "When I got motivated to change and I knew I wanted become an general contractor. I wanted to accomplish something because after you are a failure, after a while you want to redeem yourself."—AP