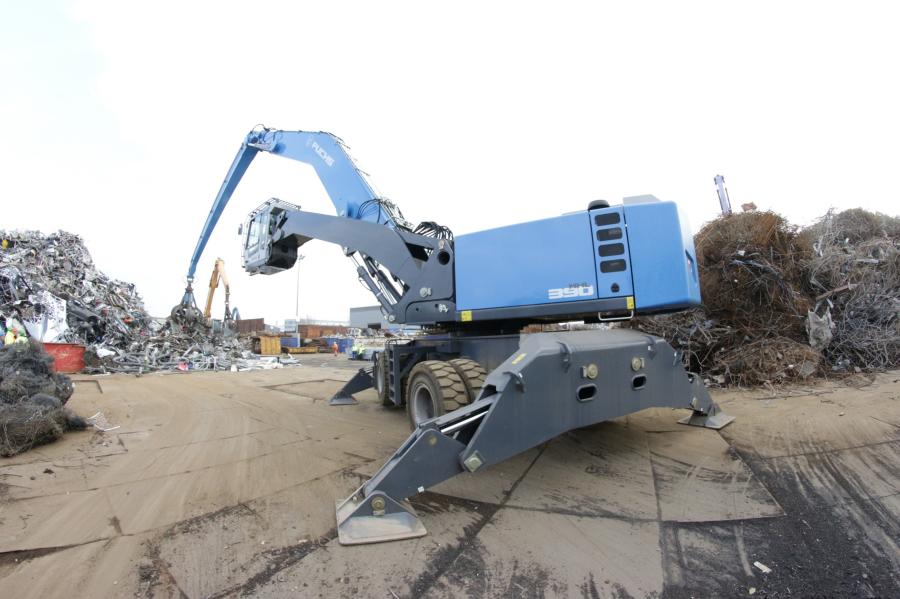 Leslie Equipment Company has been appointed as one of the new Fuchs distributors in North America. With its headquarters and five locations based in West Virginia, Leslie Equipment Co. will now meet demand for Fuchs equipment throughout the entire state.

Leslie Equipment Company opened its doors in West Virginia supplying John Deere Construction and Forestry lines to all those with construction and forestry needs. Now more than 50 years later, Leslie Equipment Company has opened eight different locations throughout West Virginia and nearby states, employing more than 200 people throughout the territory. The company's achievements have been recognized by John Deere and various venders with numerous awards for outstanding sales.

President and Owner of Leslie Equipment Company John Leslie said, “We feel that there is a demand in our region for the products offered [by Fuchs], and that we'll have a successful partnership serving our customer base.”

Leslie stressed that after extensive research into the industry, “Leslie Equipment Company feels that Fuchs is a great strategic partner.”

“Leslie and his team are very committed to their market and have the customers' and manufactures' up-most respect,” he said.

Founded in 1925, The W.I. Clark Company is a fourth generation family business with a long standing history of offering sales, service, parts and rentals. The company represents a diversified group of manufacturers with products for general construction, landscaping, highways, and scrap and recycling. W.I. Clark will now support existing Fuchs owners in Connecticut, Rhode Island and the following counties in New York: Dutchess, Orange, Putnam, Rockland, Sullivan, Ulster and Westchester.

Fuchs is based in Bad Schönborn, Germany, with more than 420.

“We are excited to represent the leader in material handlers for the scrap and recycling industries,” said Rick Parks, vice president and sales manager of The W.I. Clark Company.