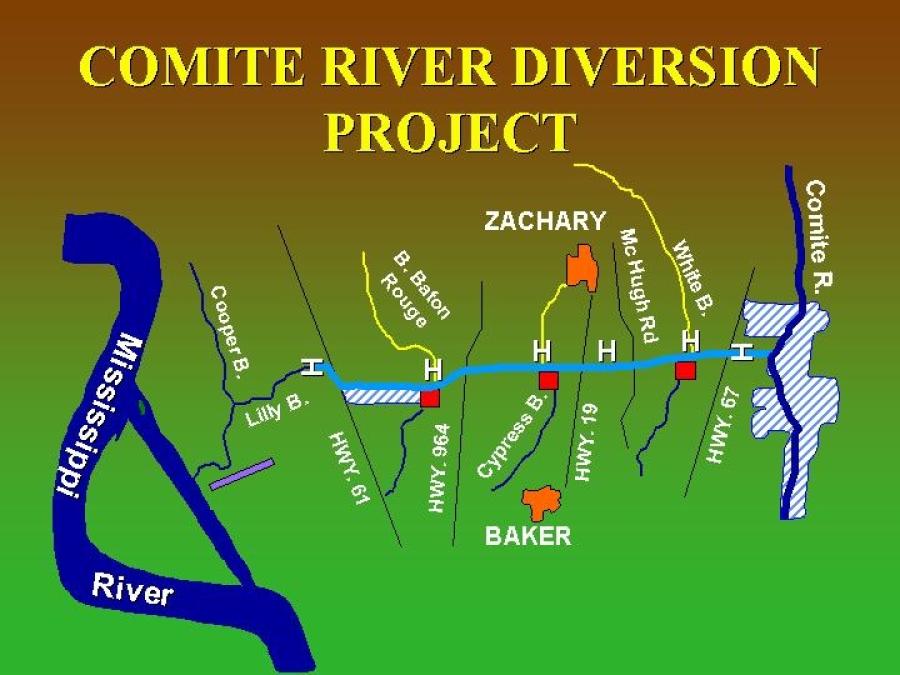 Despite the flooding that struck south Louisiana in August 2016, prospects for a decades-old project aimed at protecting Baton Rouge area homes remain murky.

The 12-mi. (19.3 km) structure is called the Comite (KOH'-meet) River Diversion Canal. It would siphon high water from the Comite River, sending it instead to the Mississippi River.

The Advocate of Baton Rouge reported that officials estimate that the project would have reduced the number of damaged and destroyed homes in the Baton Rouge area by about 25 percent if it had been in place in August 2016.

U.S. Sen. Bill Cassidy and other state officials say the U.S. Army Corps of Engineers is the main stumbling block. Corps officials said lack of money is the chief impediment.

The Obama administration has opted not to include money for the canal in its requests to Congress for flood relief, dashing the hopes of Cassidy and others.

Major legislation just passed by Congress — called the Water Infrastructure Improvements for the Nation Act — did not include money for the work despite signs in September that it might happen.

And an arcane formula nationally continues to be a major question mark.

Cassidy said a formula used by the Corps of Engineers to determine the value of such projects —called the cost-benefit ratio — has to change to get the canal moving.

“The original benefit/cost was not that great,” he said. “But so much has changed since that was done.”

Bobby Duplantier, the Corps' senior project manager on the Comite Diversion, said the key issue is dollars, not better results from the formula. “It is one of those projects that need federal funding, and we cannot predict what is going to get funded and what isn't going to get funded,” Duplantier said.

The $245 million project would run from the Comite River to the Mississippi River, between Baker and Zachary.

The work would include construction of five bridges across the east-west canal, dredging and compensating for the environment impact of the project. AP