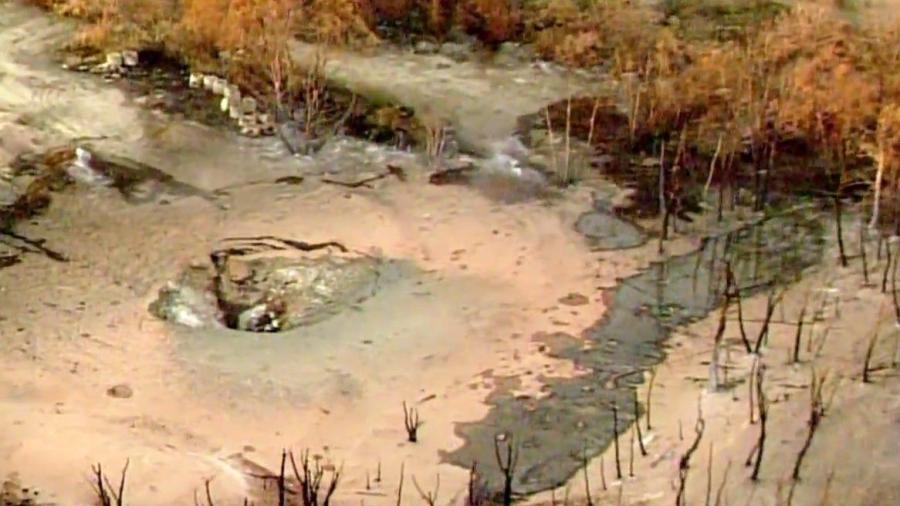 Concerns over aging gas pipelines follow a November gas explosion in Orion Township that left a 20-ft.-deep crater near the pipeline. (ClickOnDetroit photo)

ORION TOWNSHIP, Mich. (AP) Environmental advocates said Michigan's aging gas pipelines have a heightened risk of corrosion or other material failure that could cause a fire or explosion.

The concerns follow a November gas explosion in Orion Township, about 30 mi. north of Detroit, The Detroit News reported. The fire burned for about two hours and left a 20-ft.-deep crater near the pipeline.

The pipeline involved in the blast is 65 years old. A sudden loss of pressure was recorded along the line shortly before the explosion, utility officials said. Consumers Energy is waiting for test results to determine what caused the blast.

“We will obviously replace the affected section of the pipeline, but we do plan to place this line back into service once construction is complete,' said Debra Dodd, a Consumers Energy spokeswoman. “We have no plans to decommission this line.'

Federal records show that the explosion comes after more than 20 other incidents over the past decade involving the utility's pipelines in Michigan. Data the utility reported show the incidents caused more than $10 million in property damage, though none resulted in injuries or deaths.

A report from Pipeline Safety Trust, a nonprofit that monitors pipe problems nationally, suggests that at least five of the incidents since 2016 were caused by factors within the utility's control, such as incorrect operation, corrosion and material and equipment failures.

“You have pipes 65, 75 years or older that must be replaced,' said James Clift, policy director of the Lansing-based Michigan Environmental Council. “We have seen an uptick in corrosion being listed at fault.'

The company has 2,500 mi. of large gas transmission pipes and 28,000 miles of smaller lines that serve 1.8 million homes and businesses in the state.