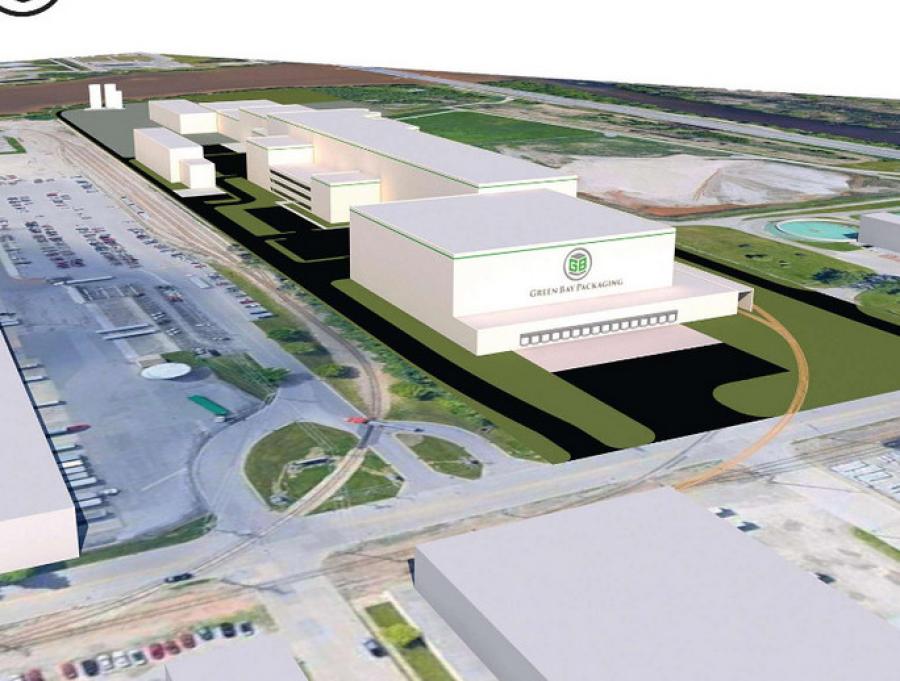 “Green Bay Packaging is a key player in our state's economy,” said Walker. “This new investment shows their continued commitment to Wisconsin and our families because it is expected to preserve more than 1,400 jobs and create 200 new ones statewide. It's important that we continue to work with businesses who want to stay and thrive in Wisconsin.”

Green Bay Packaging's new mill will replace the company's existing recycled paper mill, which was built in 1947 and has been rebuilt three times since then. The new mill will cost $475 million and it will take three years to build. The company also is investing $25 million to expand its shipping container division as part of the project.

“We are proud to officially begin construction of our new, state-of-the-art paper mill in the city where our company was founded over 85 years ago,” said Green Bay Packaging President and CEO Will Kress. “This new facility is the result of the continued hard work and success of our dedicated employees and loyal customers.”

Green Bay Packaging is partnering with local companies for the design, construction, and installation of equipment into their new facility. The mill is expected to be fully operational in the spring of 2021.

The Wisconsin Economic Development Corporation (WEDC) has awarded the company with up to $60 million in state income tax credits over 12 years to ensure that the new mill is built in Wisconsin. The actual amount of tax credits the company receives is contingent upon the number of jobs created and retained, and the amount of capital investment the company makes through 2029. As is the case for all WEDC tax credit awards, Green Bay Packaging must first create the jobs and make the capital investments before receiving any credits.