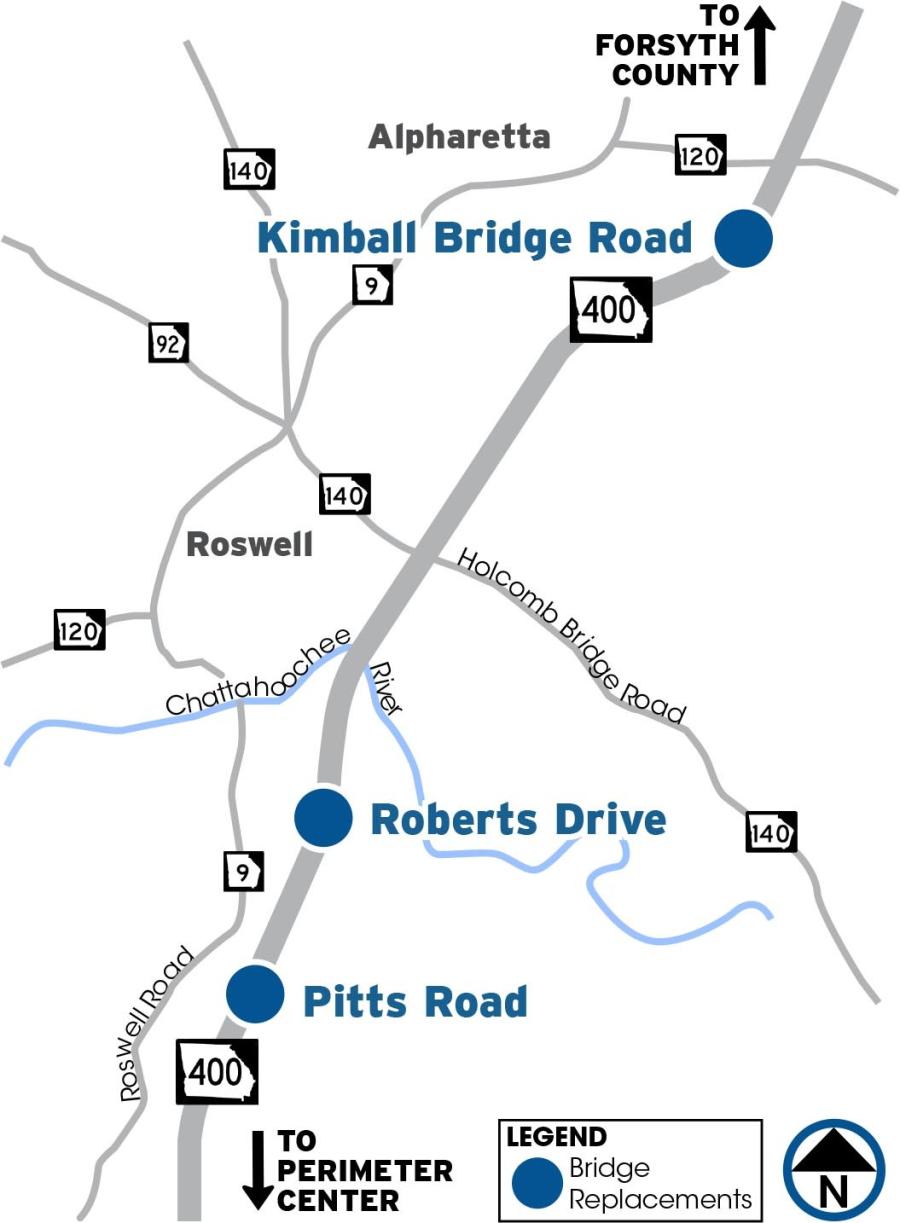 (Map courtesy of the Georgia Department of Transportation)

The Georgia Department of Transportation (GDOT) awarded more than $182.2 million for 17 projects statewide in April, the agency announced May 31.

According to the department, 47 percent of the money went to bridge projects, while 44 percent is earmarked for road resurfacing efforts. GDOT allocated the remaining funds, roughly 9 percent of the total, to various safety projects throughout the Peach State.

Transportation officials said the most expensive project on the list is a nearly $11.4 million award to Tucker-based Georgia Bridge and Concrete. The contracting firm will build a pair of bridges and approaches on Ga. Highway 23 over Brier Creek and the Brier Creek Overflow in Burke County.

The second-largest contract went to C.W. Matthews Contracting Co., in Marietta, for a more than $7 million resurfacing project in Forsyth County. The job includes more than 6.7 mi. of milling, inlay and plant mix resurfacing on Ga. 141 from north of McGinnis Ferry Road to south of Ga. 9.

Separately, in May, GDOT announced that it had distributed approximately $50 million for a design-build project on Ga. 400 to C.W. Matthews and ICE Infrastructure, a consulting and engineering firm in Norcross.

A GDOT news release explained that the construction, on what it calls the "SR 400 Express Lanes" project's first phase "was pulled forward as part of a phased delivery" to add express lanes to the thoroughfare. The agency did so to use part of a $184 million U.S. Department of Transportation (USDOT) INFRA grant.

As part of the contract, crews will replace and raise three bridges in Fulton County — over Pitts Road, Roberts Drive and Kimball Bridge Road — to accommodate the future express lanes. Construction of the bridges for Pitts and Kimball Bridge roads will require a traffic detour.

Additionally, the bridge structures over the three roadways will include "multi-use paths" under a partnership with the cities of Sandy Springs and Alpharetta.

"The new bridges will provide operational and local road improvements in advance of the major express lanes construction," explained GDOT Design-Build Project Manager Rick O'Hara in the agency statement. "The department was pleased with the number of competitive bids received and looks forward to advancing this important project along a critical corridor in metro Atlanta with the selected design-build team."

GDOT anticipates construction on the Ga. 400 express lanes/bridge-building project to start in early 2023, with substantial completion likely in 2025. Transportation officials are currently in the process of lining up a developer and are hopeful that one will be chosen in 2023, the agency said in its May press release. That timetable, it acknowledged, is subject to change.

According to GDOT data, the agency has let 211 projects in fiscal 2022 valued at more than $1.2 billion. Approximately 47 percent of them are classified as maintenance programs.