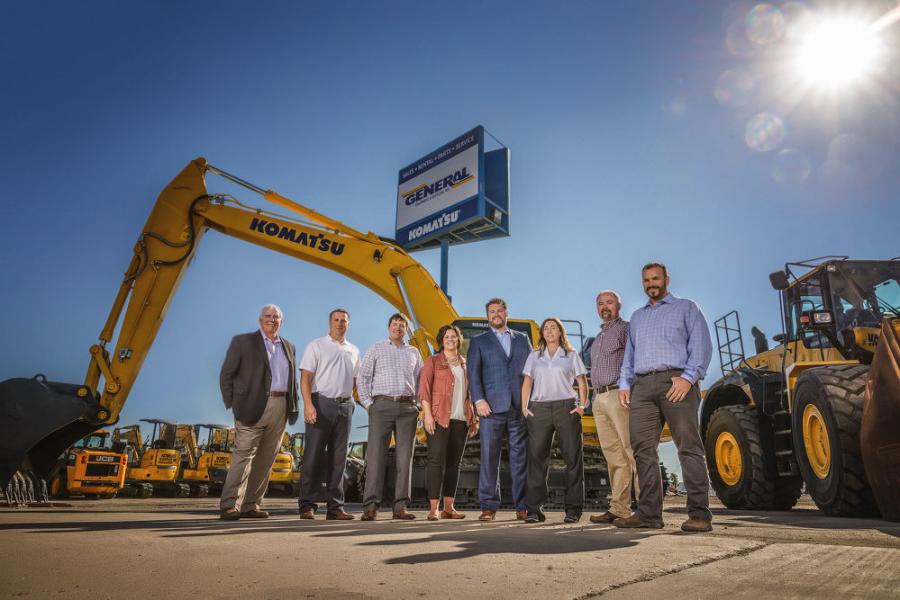 "General Equipment & Supplies" is a notably generic name for a company. Yet the North Dakota-based company enjoys a high public profile throughout the upper Midwest and across the border in Canada. Furthermore, after 35 years in business, it still is experiencing growth. President and CEO Jon Shilling attributes this success to the company's customer-centric philosophy.

"The main point I'd like to make," Shilling said in a 35th anniversary interview from his office in Fargo, "is that the purpose of our company is to provide solutions, to take care of our customers. We're not just looking to sell another piece of equipment. We like to say we are there to provide customers what they need, by asking the right questions to serve them the best way possible. 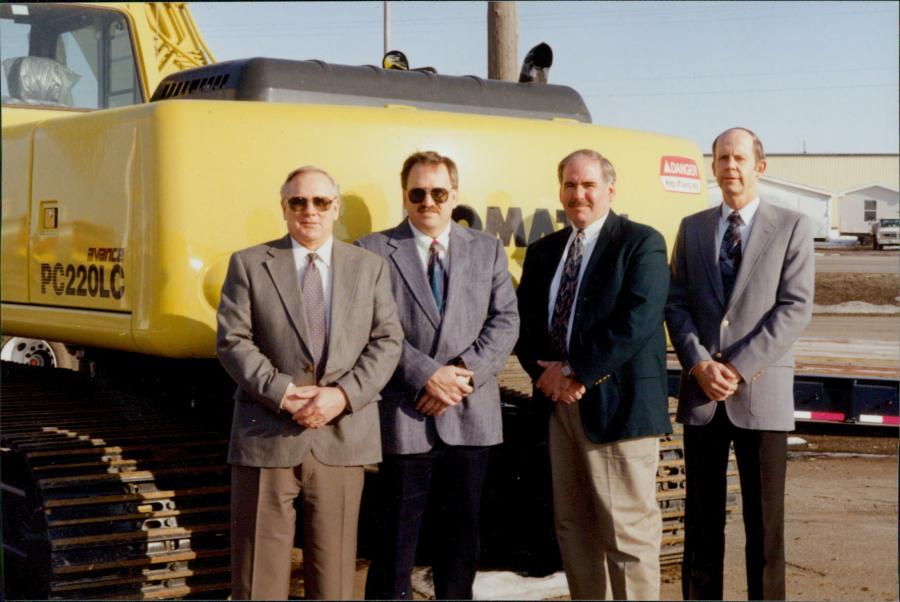 Customers have been finding solutions at General Equipment since 1984, when Shilling's father, Don, helped co-found the firm. Don Shilling had grown up around his father's construction company on the West Coast, but eventually graduated from high school in North Dakota. Upon graduation, his father introduced him to owners of Fargo-based General Diesel and Don Shilling went to work there. He worked himself up from wash bay attendant to technician to assistant sales manager to sales manager, in what Jon Shilling calls a manifestation of the American dream.

The final step in the dream came after General Diesel experienced a sales downturn. When the initial phase of the fracking oil boom died out and weakened the company, then-34-year-old Don Shilling and three co-workers bought the Fargo office and assets of General Diesel. The quartet proved to be a good fit.

Orvis Stockstad had developed more industry relationships so he became president of the new company called General Equipment & Supplies. Shilling was the expert on construction rolling stock, Jon Shilling says, and became sales manager. Gene Hestdalen was the service manager and Jerry Kern became point man for the company's entry into the aggregate equipment business. Seven years later, the company opened a second location in Bismarck and, two years after that, a branch in Minot.

Hestdalen left after a couple of years, but Orvis remained president for a decade before retiring. Kern and Shilling are still with General Equipment, Shilling as chairman of the board and Kern as vice chairman, each handling special projects. "They have similar business minds," Jon Shilling said of his father and Kern. "Really, they are kind of yin and yang for each other. Through the years they would put their heads together and come up with the best way to achieve their goals." 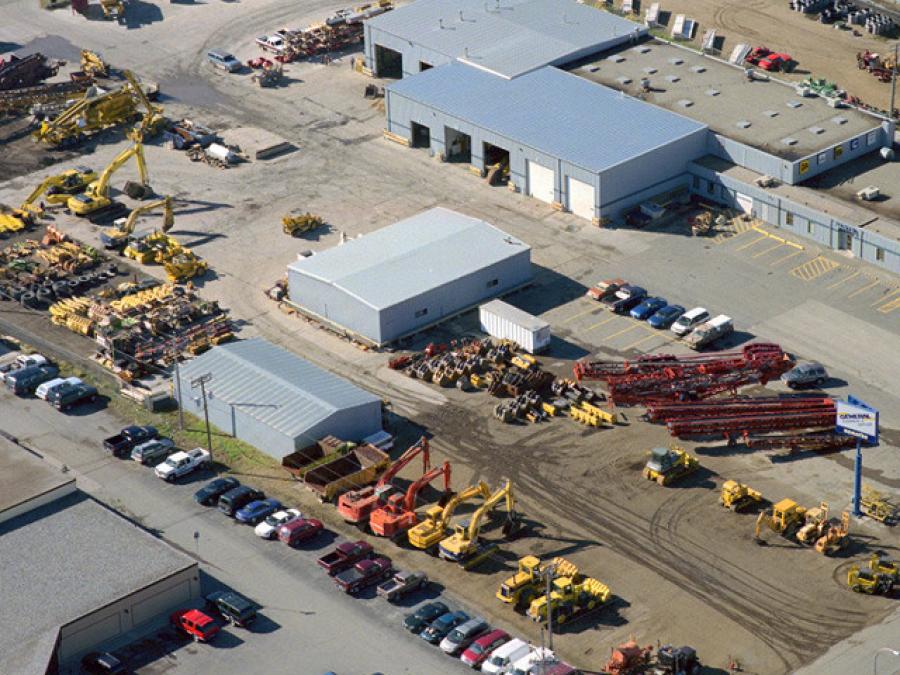 Today, General Equipment operates from 10 locations in North Dakota, South Dakota, Minnesota, Iowa and two bordering provinces in Canada — Saskatchewan and Manitoba. Its Urbana, Iowa, office is the newest one as the expansion continues. "Our intent is to open a store on the eastern side of Iowa as well. We cover Nebraska but have no office there yet. And we're looking at expanding operations in northern Minnesota with storefronts to serve our customers better," Jon Shilling says.

General Equipment customers have access to an array of top-line equipment from manufacturers of aggregate and construction machinery: A to T (Anaconda to Terex Finlay) with KPI-JCI, Lippmann, Generac Magnum, Superior Industries and several others.

On the construction side, Komatsu is the flagship product. Other product lines include Dynapac, JCB, Kobelco, and Trail King. A broad line of Link-Belt cranes is offered at the North Dakota and Minnesota locations.

Aggregate equipment constitutes 60 percent of General Equipment's business, with cranes and other movable machinery divvying up most of the rest. Komatsu sales and rentals account for 30 percent of the rolling stock business.

To keep this machinery running and maintained, General Equipment has an inventory of parts in its U.S. locations. The company prides itself in providing customers what they need when they need it as best we can. 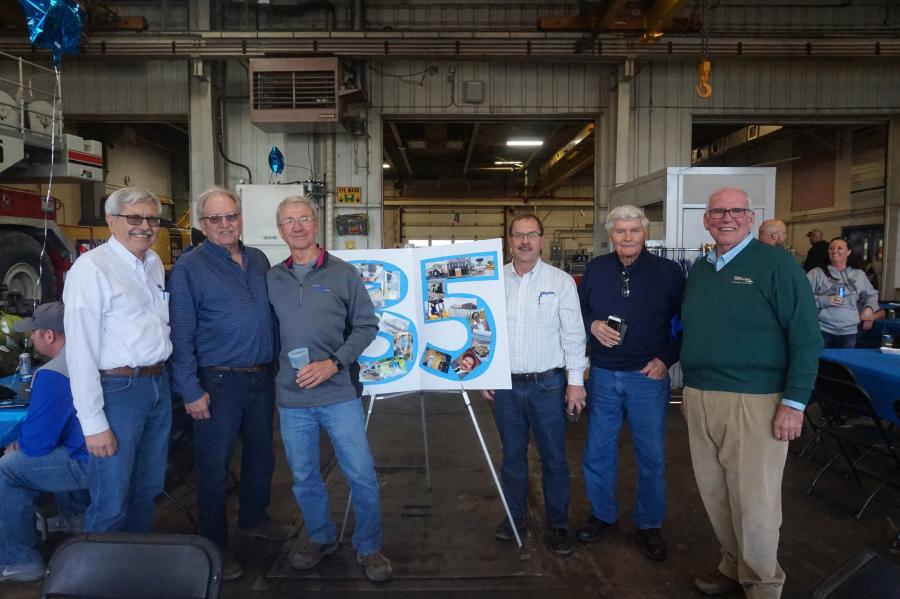 Managing parts will be made easier with the current construction of a 10,000-sq. ft., state-of-the-art central warehouse in Fargo. Nightly shuttle runs occur among the branches and the main location and from a Komatsu outlet in Minneapolis as needed. Shilling said that 95 percent of the time when a part isn't on a shelf, it is delivered the next day.

The company promises 24/7 parts and service availability and keeps its promise. Service technicians number about 100, including apprentices and interns, and some of them drive to remote locations in the company's 36 service trucks.

Does Shilling believe the company has another 35 years in it?

"I do," he said. "Thirty-five years and beyond. Maybe we can make it to our 100th anniversary. I see outstanding growth ahead, all of it because of a great group of people. If we in management treat our people right, they will take care of our customers and anything is possible." CEG