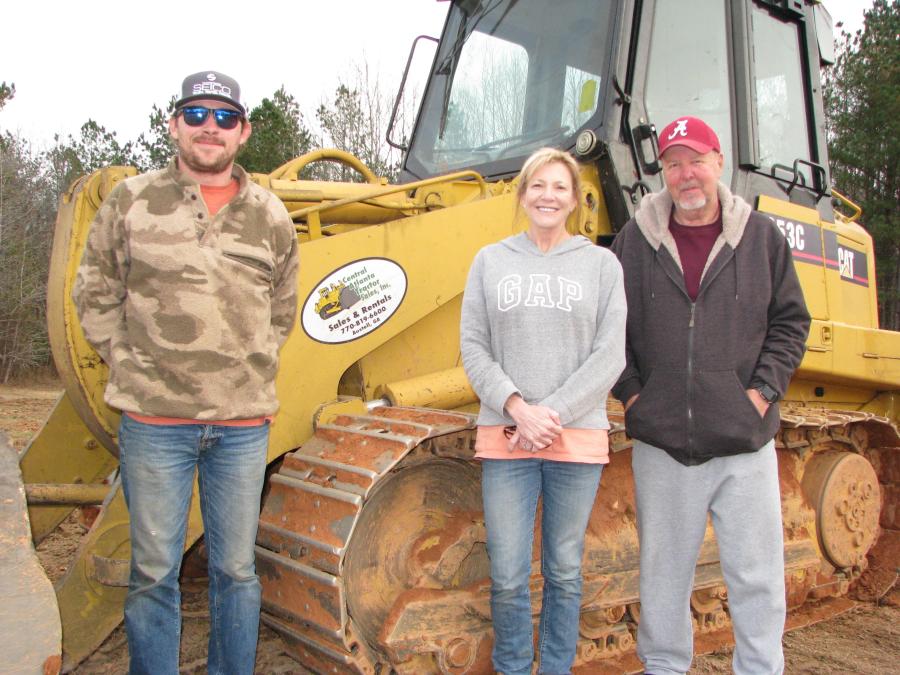 At the same time Charles Pope, director of public works for Carroll County, Ga., was straightening the access roadway to the American Legion Post 70 in Villa Rica, Rick Pugh, senior vice commander of the post, was busy clearing trees that lined the front of the property for better visibility at the facility.

Together, the two projects left quite a void in front of the post, and a vision became clear for both men. As they were watching the work, Pope turned to Pugh and said, "You know what we need to construct there? A softball field for the kids." 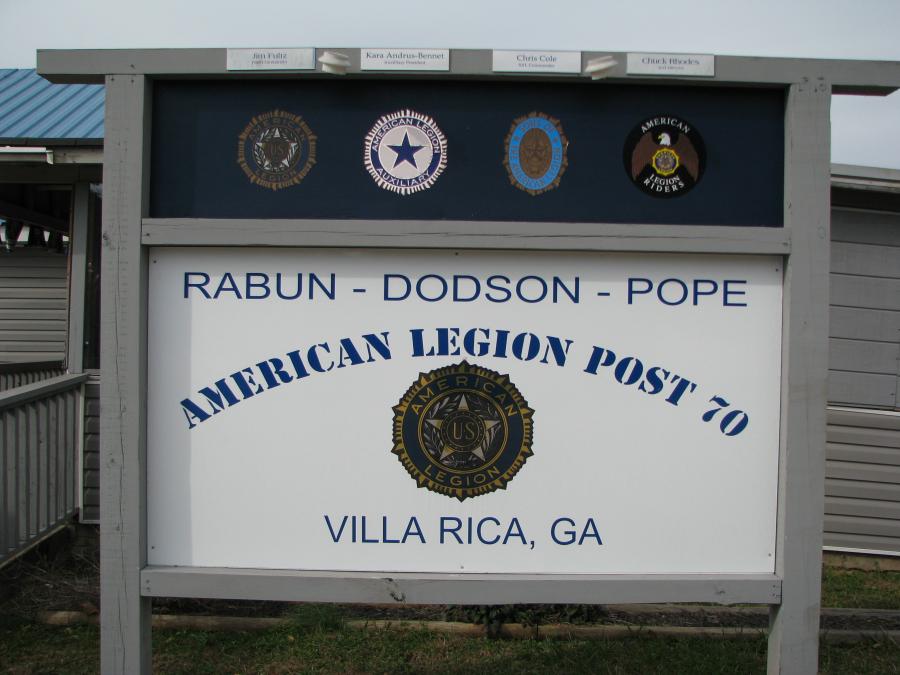 Pugh said the vision was kind of a "field of dreams" concept that would draw people to the facility so the American Legion could better serve the community and its children. Other metro Atlanta counties already had many softball fields, but they were not very common in rural Carroll County.

Pugh said the facility may be used for tournaments, by travel teams, or by churches that don't have access to the funding needed for the kind of bigger complexes and fields that are currently accessible in other metro Atlanta counties.

Pugh first asked equipment dealer Brian Long at L&N Supply in Dallas, Ga., about using a dozer, but all of L&N's machines were out on rent. Long suggested a call to Chuck Spooner and Marla Neise at Central Atlanta Tractor in Austell, and the rest is history.

"They are the ones that made this happen," Pugh said. "We were given the use of a couple of machines, but we didn't have immediate transport. I called Fairplay Towing in Douglasville, Ga., and asked for a quote and told them what I was doing. Fairplay immediately took care of the machine deliveries and retrievals and at no charge. Everyone was simply pitching in for the kids.

"With only about three independent ballfields in Carroll County, this project will really serve the community and the kids as well." 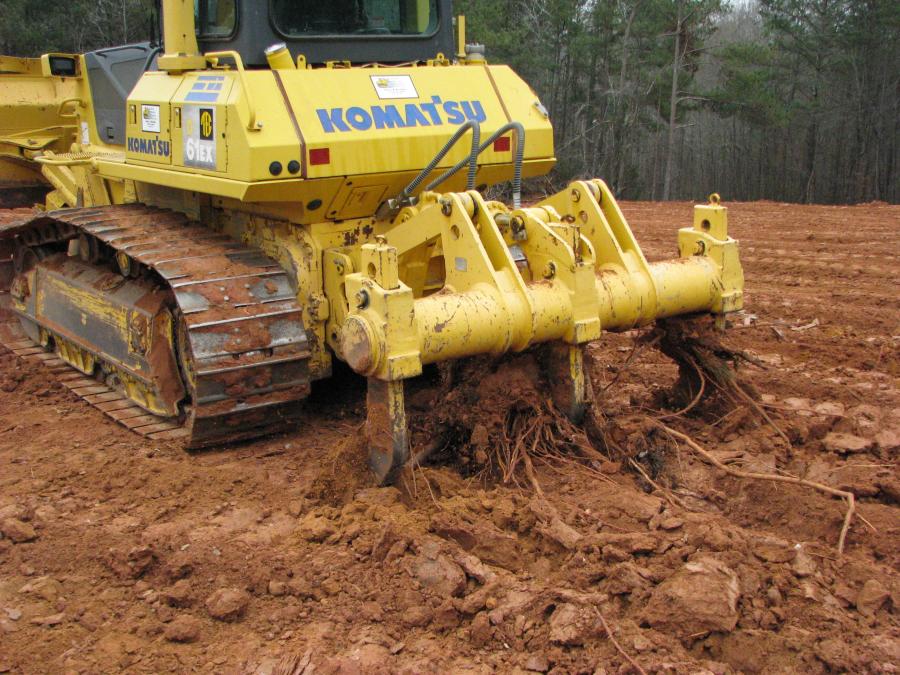 Pugh emphasized that his dream could not have become a reality without the help of Central Atlanta Tractor, which donated the use of a Cat 953C track loader and a Komatsu D61EX dozer from its rental fleet. The American Legion had funds for covering the fuel and operator costs.

"We're hopeful to be able to attract younger veterans with children who can come and benefit from our facilities," Pugh said. "What we can do for our veterans and servicemen and women and their families is a part of the pillars of our work of the American Legion and is our way to give back and to help the local kids and youth."

The field is being built next to a campground that is part of the American Legion property and beside a picturesque lake that makes it a perfect venue for travel teams to bring their motor homes and tents, thus minimizing the cost of lodging during tournaments. 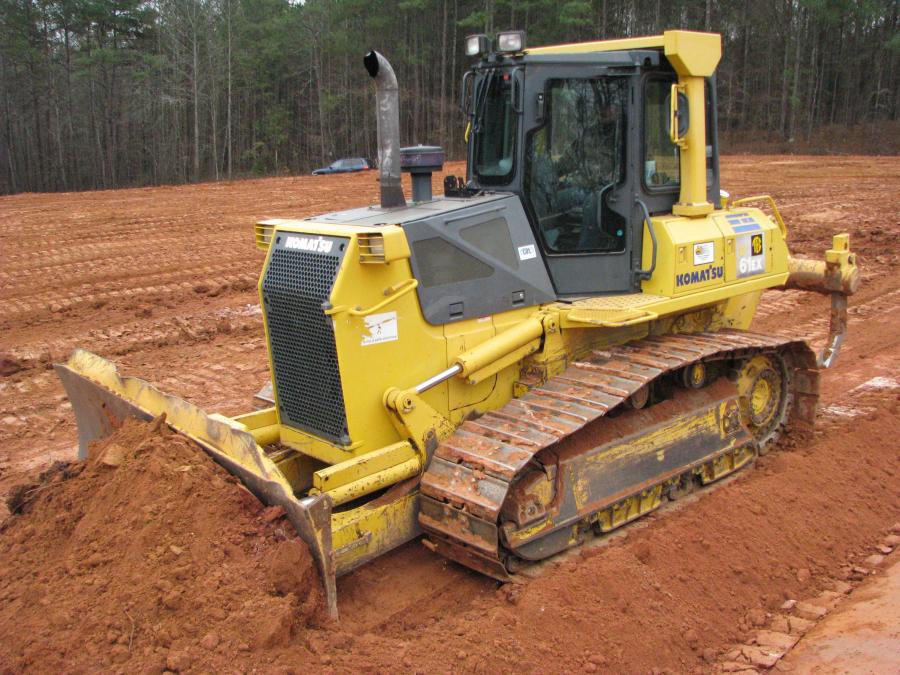 The field is expected to be finished sometime after the winter season, hopefully in time for spring ball. The dirt will naturally compact, and it is perfect soil for infield construction.

Pugh said the field still needs fencing, miscellaneous construction materials, some smaller tractors, and a 4X4, such as a Gator, for hauling tools and materials around the field during the playing season, as well as for field maintenance. He added that there are always opportunities for contractors and equipment dealers to lend their help. All donations are tax-deductible as the project is not for profit, but one of the American Legion's many initiatives for giving back to the community.

"I can't wait to see the first pitch," he said.

Contractors or dealers wishing to help with the project may contact American Legion Post 70 in Villa Rica, Ga., or Senior Vice Commander Rick Pugh at 678/571-1411.