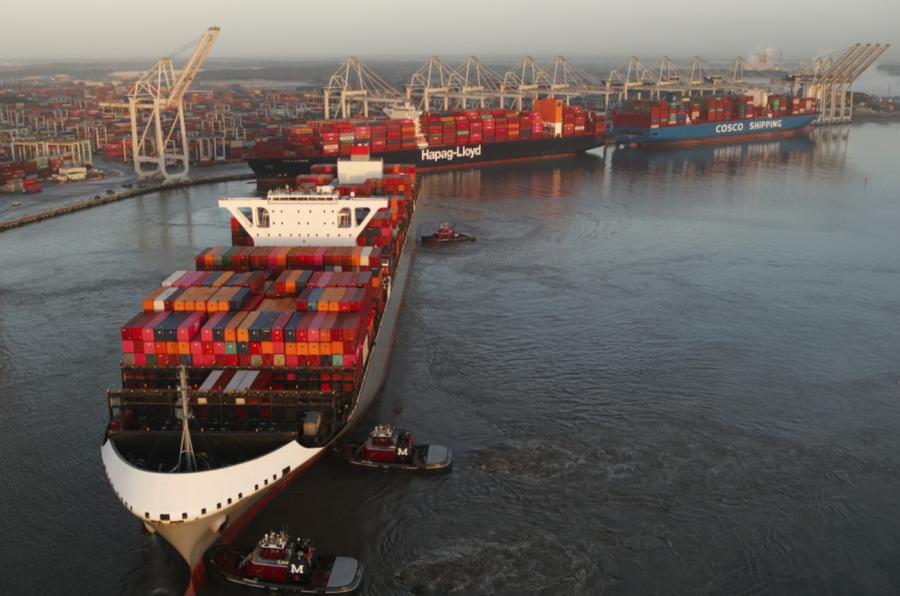 Due to an increase in business at the Port of Savannah, the Georgia Ports Authority (GPA) plans to spend approximately $430 million to make major capacity and infrastructure improvements at the city's shipyards.

Of that total, GPA is covering $395.4 million, funded through the authority's proceeds. The federal government is chipping in an additional $34.6 million grant, The Center Square reported May 19.

The news comes as the port announced it had handled 495,782 twenty-foot equivalent container units (TEUs) in April, a port record for the month when GPA's containerized trade increased 6.2 percent. It also represented GPA's third busiest month ever.

The growth is related in part to retailers replenishing depleted inventories and making early orders to ensure product availability, GPA noted. For the fiscal year to date, GPA has handled 4.75 million TEUs, an improvement of 8 percent or 344,260 TEUs year over year.

The Authority recently said that its Garden City Terminal now handles almost one out of every nine loaded containers crossing docks nationwide.

"The phenomenal growth we have achieved has been made possible by the team effort of GPA and Gateway Terminals employees, the International Longshoremen's Association, and our partners in trucking and rail," GPA Executive Director Griff Lynch said in a statement. "Their hard work has ensured the free flow of cargo between major markets across the U.S. Southeast and the world."

Port Upgrades Made to Assist Workload

At a meeting of the GPA Board in mid-May, several topics regarding the Port of Savannah's capacity improvements were discussed, including:

"Our long-running program of infrastructure expansion, coupled with the Authority's ability as an owner-operator to speed up the schedule of development, has allowed the Port of Savannah to adapt to heightened container volumes," GPA Board Chairman Joel Wooten said in an Authority news release. "On-terminal and inland capacity improvements enable cargo to flow across our docks without congestion."