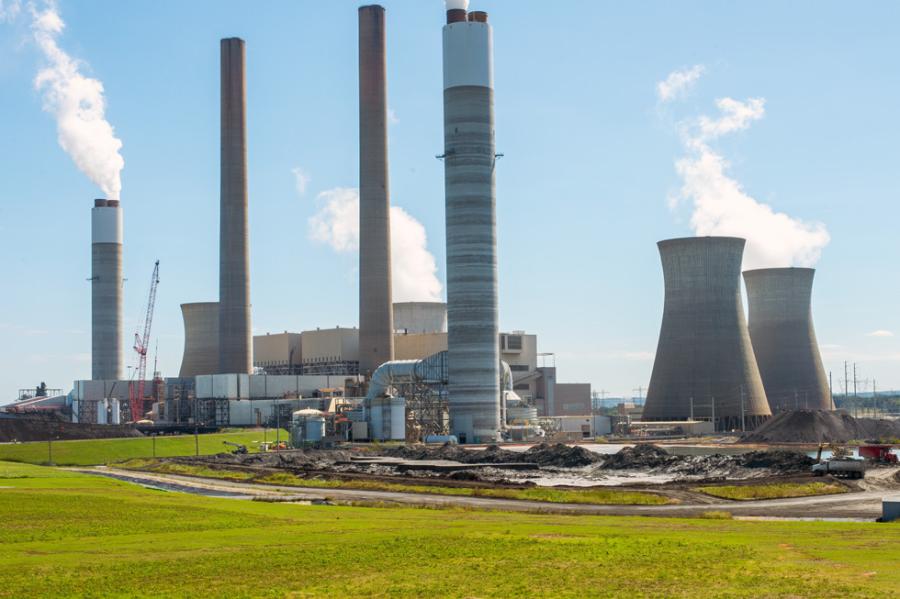 Georgia Power announced plans June 29 to recycle more than nine million tons of coal ash stored at the state's Plant Bowen site at a pace of about 600,000 tons per year, making it the largest beneficial use project of its kind in the United States.

Yahoo Finance! reported that the landmark coal ash project at Cartersville's Plant Bowen facility will later be excavated for use in creating concrete to build bridges, roads and buildings across Georgia and the southeast.

"As the largest partnership of its kind in the U.S., this project will not only use material from landfills and ash ponds, but also keep millions of tons of [carbon dioxide] from going into the atmosphere," Grant Quasha, CEO of Eco Materials said in a statement.

"The harvested material will be used in concrete to make stronger and longer-lasting bridges and roads and serve as a model for helping forward-thinking utilities like Georgia Power and [its parent] Southern Company close landfills and ash ponds while building a greener and more sustainable planet."

Currently, Georgia Power recycles 85 percent of all ash and gypsum, including more than 90 percent of fly ash, it produces from operations for various concrete and other construction products.

"Finding and securing these opportunities to beneficially use coal ash will not only reduce and save space in landfills," said Aaron Mitchell, Georgia Power's vice president of environmental affairs, "[but it] will also serve as a financial tool to help offset the cost of ash pond closures for our customers."

Georgia Power is spending $9 billion on a multi-year plan to close all 29 of its ash ponds at 11 coal-burning power plants across the state. While ash is be excavated and removed from 19 of the ponds, the other 10 are scheduled to be closed in place, according to Capitol Beat, an Atlanta-based news service.

Mitchell noted that the program to recycle enormous amounts of coal ash at Plant Bowen is part of the company's efforts to find "new and innovative ways to reuse coal ash that is beneficial to our customers and our communities."

He added, "As the largest project of its kind in this country, this project at Plant Bowen is historic for our company, and our entire industry, and we see the potential to expand beneficial use projects further in the future."

Capitol Beat noted that the installation of infrastructure necessary for the work at Plant Bowen will begin at once, with ash removal expected to begin by 2024.

Repurposing coal ash is critically important in that it contains contaminants including mercury, cadmium and arsenic that can pollute groundwater, drinking water and the air.

But, the future of Plant Bowen is uncertain, Capitol Beat reported. Two of the plant's four coal-burning units were due to be retired by 2028 under a proposal Georgia Power sent to the state Public Service Commission (PSC) in January.

An agreement was reached in June, though, between Georgia Power and the PSC's Public Interest Advocacy Staff that would leave that decision up to the commission.

The PSC will vote later in July on the agreement as part of Georgia Power's Integrated Resource Plan (IRP), an update the public utility provides every three years on the mix of energy sources it will rely upon for the next 20 years to meet the needs of its customers.

The decision on whether to close the two units at Plant Bowen by 2028 or wait until a future date likely will not affect the viability of the beneficial reuse project, said Bobby Baker, an energy lawyer representing Atlanta-based sustainability nonprofit Southface Institute in the IRP case.

"The coal ash at Bowen can be reused regardless of whether or not the power plant itself retires," added Charline Whyte, senior campaign representative of the Sierra Club's Beyond Coal Campaign in Georgia. "It would be a huge mistake to view the plant as a coal ash factory when the power it produces is costing customers millions in excess costs and still pollutes air and water."