Georgia Sheriffs' Association Hopes to Be in New Building in October 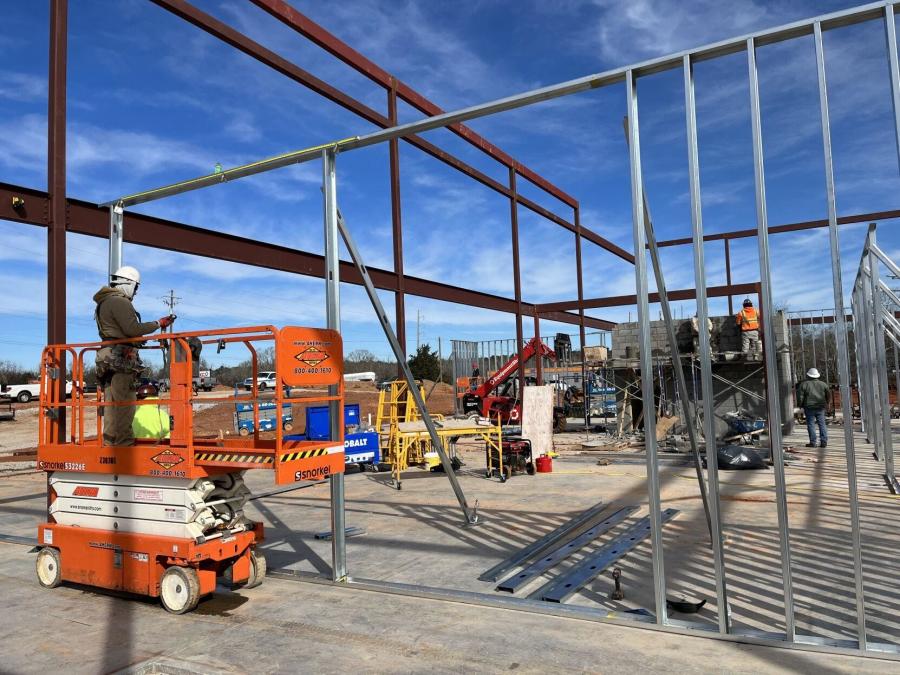 Some small glitches in obtaining construction supplies have not slowed down the construction of the new home for the Georgia Sheriffs’ Association. The headquarters being built across the bypass from the Morgan Medical Center, is expected to open in October. (Patrick Yost photo)

Construction of the estimated new home in Madison for the Georgia Sheriffs' Association, and its related organizations, is continuing despite some delays in construction supplies.

Shayne Goddard, director of development, property, and facilities for the Georgia Sheriffs' Youth Homes Foundation, said construction of the $8.5 million, 23,000-sq.-ft. facility should be completed in October.

The work site, directly across from the U.S. Highway 441 Bypass from the city's Morgan Medical Center, sits on a 20-acre plot of land with access to the bypass.

The area is just to the southeast of Atlanta.

The Georgia Sheriffs' Youth Home manages five separate campuses across the state, which were established, according to the organization's website, "to give our state's most at-risk children the love, safety and stability needed to become mature, successful adults."

At present, each of the Georgia Sheriffs' organizations are located to the west in nearby Henry County.

Norris noted that the construction of the new facility in Madison, which is to be owned by the Georgia Sheriffs' Youth Home Foundation, will allow for much-needed expansion for each of the groups. The building also will provide additional space to train approximately 75 law enforcement officers and serve as a statewide command center in the case of a natural disaster or civil disturbance where law enforcement is deployed.

"We are excited to be coming to Morgan County and are looking for community support," Goddard told the Citizen, adding that the training facility will have a statewide impact.

"It's going to allow us to not only train our youth home staff to better serve our kids but will also allow for us to train sheriffs, command staff and chaplains that will then go back and work in their communities," he said.

Morgan County Sheriff Robert Markley said his office personnel is excited about having the ability to train local deputies at the building.

"To have this level of training capability so close at hand for our deputies and the law enforcement community will be invaluable," he explained. "We welcome the completion of this facility and look forward to a long and continued partnership."

Grand Opening Slated for the Fall

Once it is finished, Goddard estimated that 30 people will work out of the new building.

Norris said the quartet of sheriffs' organizations are planning on an appropriate grand opening.

"We hope to make it a significant event," he noted.

All 159 sheriffs in Georgia are members of the association, the goal of which is to "promote and further professionalize the office of sheriff," in the state, Norris explained.

The Georgia Sheriffs' Association was founded in 1954 and includes more than 30,000 "honorary members."