Georgia Southern's $33.6M IAB to Be Complete in June 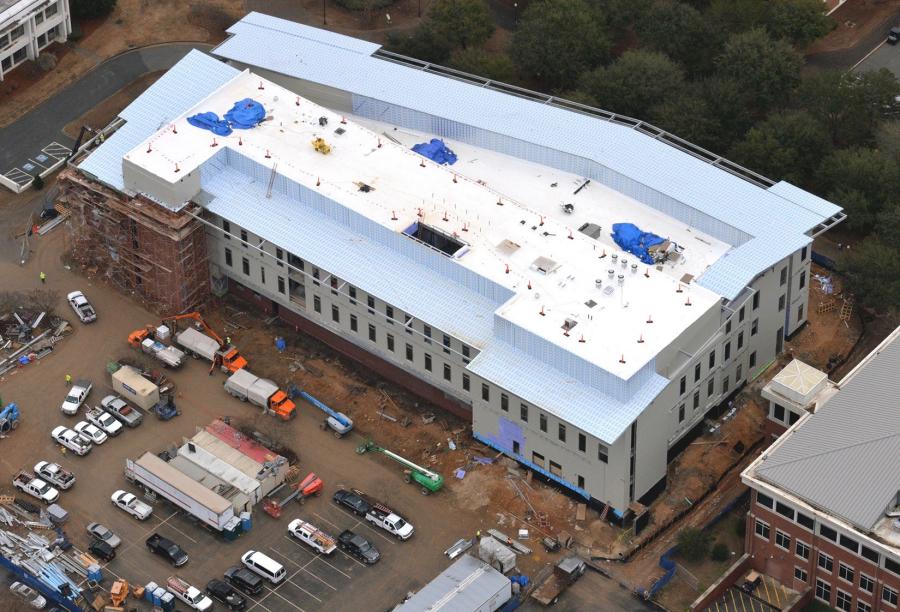 Georgia Southern University’s $33.6 million Interdisciplinary Academic Building (IAB) is expected to be completed this June as Charles Perry Partners Inc. LLP (CPPI) and crews from Lavender Construction and other subcontractors are meeting their scheduled benchmarks. 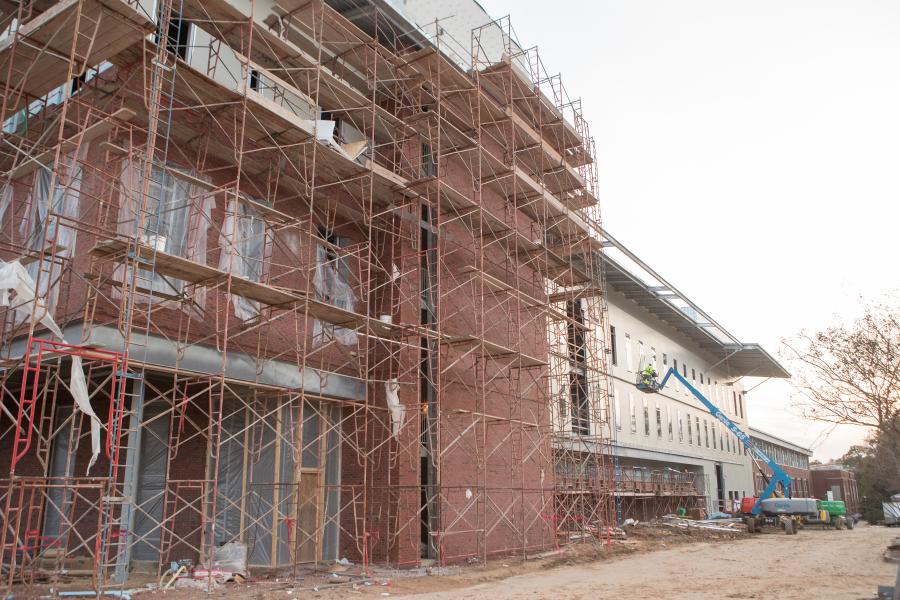 Ground was broken in February 2017 on the 110,000-sq.-ft. building that will provide flexible space with the latest classroom technology. The IAB will house teaching space for many faculties, including interior design, fashion merchandising and apparel design, history, foreign languages, writing and linguistics, international studies and departments in the Waters College of Health Professions and College of Behavioral and Social Sciences.

“As with all of our growth,” Hebert told the media at the building's groundbreaking ceremony in February 2017, “it's about how to serve students in a more strategic way —expanding educational access, broadening programs and reinvesting savings into academics to improve student success, expanding our role as an intellectual catalyst for industry and working with companies here and throughout Georgia to promote innovation and growth. We know the mission with which we're entrusted, and we know this facility will help us accomplish it.”

Jean Bartels, who served as the Georgia Southern University provost and vice president of Academic Affairs at the time of the groundbreaking ceremony, elaborated on this point.

“The classroom spaces will serve as a model for modern pedagogy and will be a facility that encourages student-centered teaching and learning, providing opportunities for collaboration across disciplines on campus.”

The actual construction cost is approximately $25.2 million. Prior to the start of construction, the site contained facilities — one for classrooms and a modular trailer for the ROTC program. The state is funding the project with money set aside in 2015 by Gov. Nathan Deal.

The IAB was designed by HOK.

The atmosphere of the building was designed to be open and collaborative.

“The building is modern but in scale with the campus,” said University Architect Haroun Homayun. “It represents the sensibilities of today's culture and technology and will be harmonious with a lobby that opens all the way to the third floor. Interior design students will be able to present their projects to the faculty and colleagues, and the work of fashion and history students can be showcased.”

The campus' brick, glass and roof will be utilized for the structure while the overhangs, replicated in the old Southern vernacular, will protect the building from external elements.

There were, however, a few design and engineering challenges to overcome.

“The foundations had to be strengthened by a deeper, more robust system,” said Homayun, “and because of the large classrooms which require column-free spaces, a wide-span truss system was used.”

This building, he continued, will define the future buildings on the campus.

“Gone are the days when a building was dedicated to one department,” Homayun said. “Now, multiple departments and colleges will share buildings and collaborate with each other inside and outside of the building footprint. This building does that by the sensitive juxtaposition of the requirements of two colleges in one building.”

CPPI enclosed the building with about 75 percent of the exterior skin installed —it's a brick veneer, installed all the windows and dried in the roof. Close to 95 percent of the first floor has had its sheetrock installed with nearly 60 percent for the second floor. The work on the third floor will begin shortly. The fourth floor will house the mechanical penthouse.

“A lot of heavy MEP trades are topping out all the overhead rough ends and everything of that nature,” said Josh Mayberry, CPPI's project manager. “One of the bigger challenges that we always face is getting the job within budget, and we dealt with that in the pre-construction phase. We were able to value engineer about $1 million to get it within the stated cost limitations. It's a big steel structure, and we had design questions to overcome in getting it finalized and having the steel fabricated. Erection, once those issues were out of the way, was pretty easy. Otherwise, nothing really huge has been an issue — it's just your day-to-day grind to working with subcontractors and getting it done on time.”

A hurricane stopped work for about five days, and a snow storm caused the loss of three days.

“The weather has been a huge part,” said Mayberry, “and hurricanes, unfortunately, are becoming more and more frequent. We haven't had a lot of rain, but we have had a lot of storms. We made up for the lost days with subcontractor acceleration —working on long weekends, and bringing in crews on weekends to stay on schedule.”

The work is done via day shifts, which extend into the early evenings. At first, some students were curious about the work and were coming too close to the job site, but that is no longer an issue. The university has been helpful in providing some space at one of its staff parking lots for the construction workers —between 120 and 150 on a daily basis, with a shuttle taking them to the job site. Also being utilized is a parking lot adjacent to the work site.

“There is not ample parking and laydown space,” said Mayberry, “and the university has been very nice to let us have some open fields that they use for over-flow parking.”

The tight work site, created some difficulties for the installation of the nearly 300 ft. of water pipe that was trenched to link the IAB with the external chiller plant. However, the crews found a solution that included the use of footers.

CCPI had over a year to plan the project in terms of drawing up the schematics and schedule, and it provided the university all the information needed to plan everything to minimize the construction disruptions of campus life.

“We are upfront with everything we do to avoid any issues,” said Mayberry. “That's the nature of the construction management world. We're an integral part of the planning process with the owner and architect. It's a very demanding job and we have a very demanding client with Georgia Southern — they have a large infrastructure of people who do their networking look after their facilities, and they have been very helpful and knowledgeable. They are a good partner to work with.”

While not a LEED building, it has LEED elements such as low-flow water systems.

The subcontractors include Trinity Fabricators for the manufacturing of the steel beams and Ellis Wood for site work.

CPPI's two on-site superintendents are Clarence Satchell and Mike Hatcher, who have worked on many projects.

“They hold daily safety huddles to make sure that everybody is looking after each other's safety and that the game plan is being followed,” said Mayberry. “They also hold weekly superintendent meetings all the subcontractor superintendents and foremen for each trade to go over the weekly plan of what's going on.”

Tallies are still being determined for the amount of materials removed and new materials being brought in.

A large crane was used to do most of the heavy lifting of materials, and for the site work, dozers and front-end loaders were used. A lot of all-terrain forklifts can be seen at the job site.

Mayberry noted that most of the subcontractors are renting equipment for the project from equipment dealers such as Sunbelt Rentals and United Rentals, which are looking after the maintenance.

For CPPI, this project is a combination of applying lessons learned and seeing where techniques can be improved.

“We apply all the lessons learned from the past, whether that be things we missed in the design documents or things we need to work with subcontractors on,” he said. “We learn lessons every day. If we're going to do it again, we're going to do it this way. A lot of that is scheduling and how we go about putting people ahead of others in terms of the sequence.”