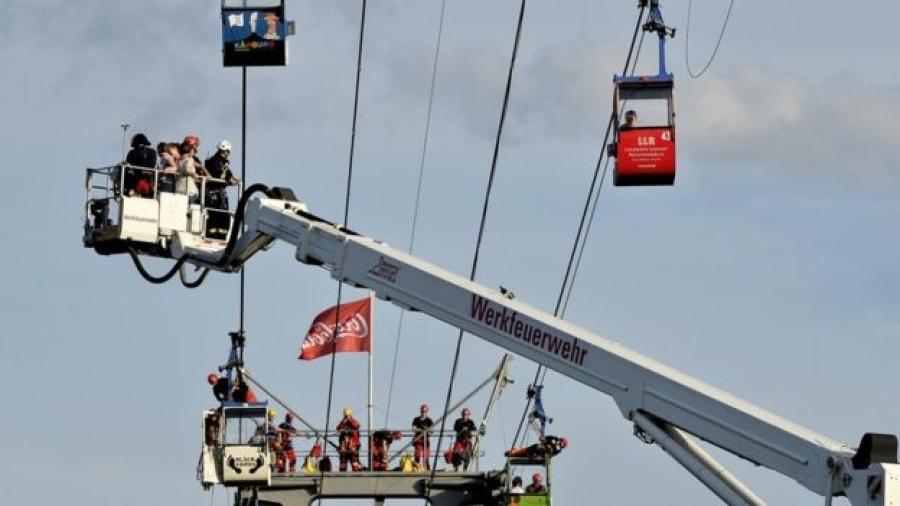 
Crews used a crane to rescue 75 passengers who were stranded in mid-air after a cable car hit a support pillar in Germany July 30, the BBC reported.

Fire and rescue teams in Cologne, Germany, responded when all 32 cars stopped over the city, some 130 ft. in the air, after one bumped part of the support structure. Crews used a mobile crane to bring the passengers to safety. A pregnant woman and a man sustained minor injuries as they were rescued, but there were no additional injuries, and no one was killed, The Telegraph reported.