This is the largest timber industry event in the Midwest. 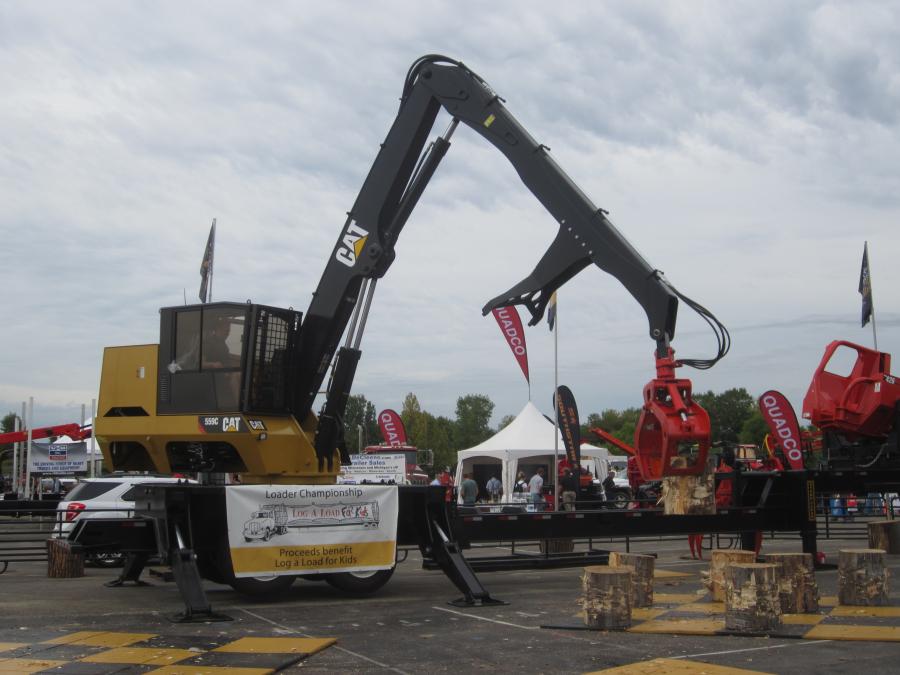 Attendees raised money for the Log a Load for Kids, sponsored by Caterpillar Forestry, while operating a Cat 559C knuckle boom loader.

Now in its 71st year, the Great Lakes Logging and Heavy Equipment Expo, presented by the Great Lakes Timber Professionals Association (GLTPA), was held at Sunnyview Expo Center in Oshkosh, Wis., on Sept. 8 to 10. This is the largest timber industry event in the Midwest, according to the association, and approximately 7,000 individuals attended from across the United States and from as far away as Austria, Canada, Finland and Sweden.

Fabick CAT was a major sponsor of this year's expo, which featured a number of events open to the public, including more than 180 exhibitors involved every aspect of the heavy equipment industry — from chainsaws and processors to dozer and dump trucks, environmental stewardship and more. Additional activities included the loader championship sponsored by Cat Forest Products; Wisconsin/Michigan tug-o-war; women's bowling pin toss; the Phoenix Steam Engine sponsored by Mid-States Equipment; and the Great Lakes forwarder operator challenge, sponsored by GLTPA, Komatsu Forestry and Roland Machinery. Nortrax also was a sponsor of the event.

The 2016 Great Lakes Logging & Heavy Equipment Expo got off to a great start with the annual kickoff event co-sponsored by Fabick CAT. Nearly 600 people enjoyed a night of good food, beverages and networking with industry professionals at the Best Western Premier Waterfront Hotel & Convention Center.

Plans are under way for the 2017 Great Lakes Logging & Heavy Equipment Expo, which will be held Sept. 7 to 9 at the U.P. State Fairgrounds in Escanaba, Mich. For more information, visit www.gltpa.org.