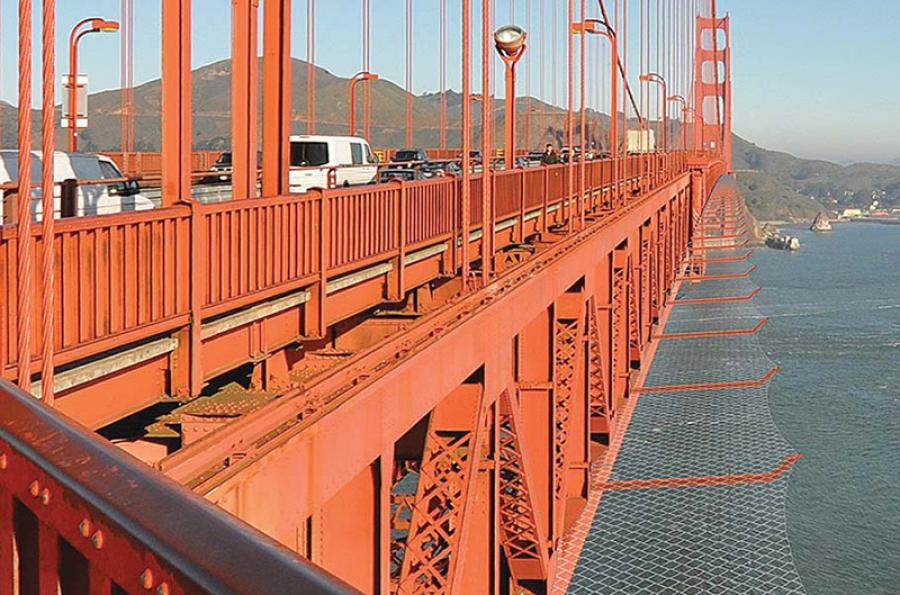 The Golden Gate Bridge Physical Suicide Deterrent System and Wind Retrofit Project is estimated to begin this year and be completed in 2021.

The iconic Golden Gate Bridge will soon see the construction of a suicide net and deterrent, but when construction begins, traffic may be disrupted for up to four years.

Perhaps luckily for some commuters, that traffic scramble may only be at night.

That's according to the Golden Gate Bridge, Highway and Transportation District, which is proposing its Board of Directors approve $2 million to pay the California Highway Patrol to manage traffic impacts of nighttime construction.

The board's building and operating committee is set to vote on the matter at its meeting today.

Traffic may need to be disrupted because the space necessary for contractors to build the suicide net and deterrent and then wind retrofit project is limited, according to a bridge district staff report. So they'll need to use the bridge roadway and sidewalks.

“In order to utilize the bridge roadway, the work must be performed at night,” bridge staff wrote in a report, because that's when traffic volumes are low and traffic lanes can be closed.

The bridge district and the CHP negotiated an amount not to exceed $2 million for the contract, according to the staff report, representative of 19,000 officer hours, 2,900 sergeant hours and 63,932 patrol car miles.

At today's meeting, the building and operating committee is also slated to vote on approving $882,831 to pay for independent environmental compliance monitoring of the suicide deterrent project.

The Golden Gate Bridge Physical Suicide Deterrent System and Wind Retrofit Project is estimated to begin this year and be completed in 2021.