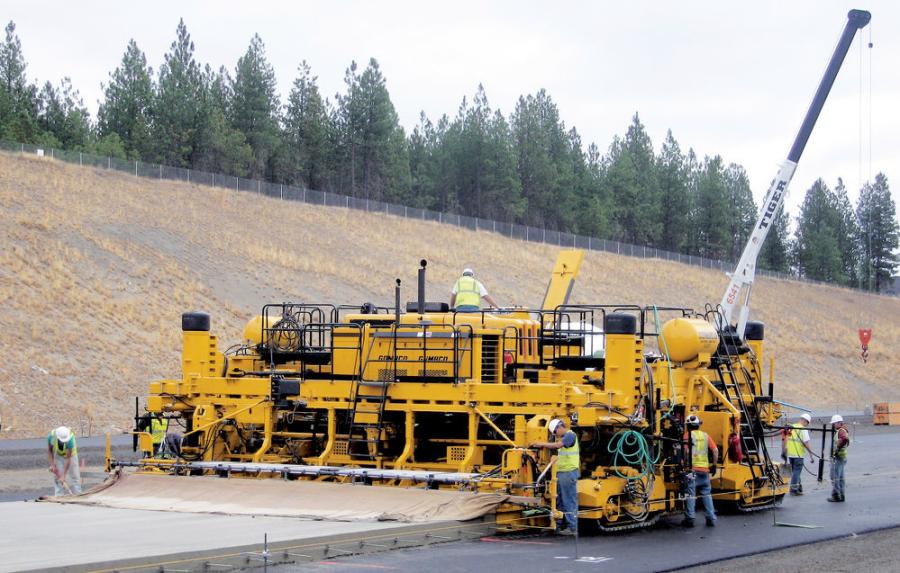 The GOMACO 2800 Slipform paver was used for the reconstruction of six bridges on I-40. According to the general contractor, J. Lee Milligan, it is the go-to piece for concrete paving.

The replacement of aging infrastructure that has maximized its lifespan, particularly bridges, in the Greater Amarillo Area is a major priority for the Texas Department of Transportation (TxDOT). 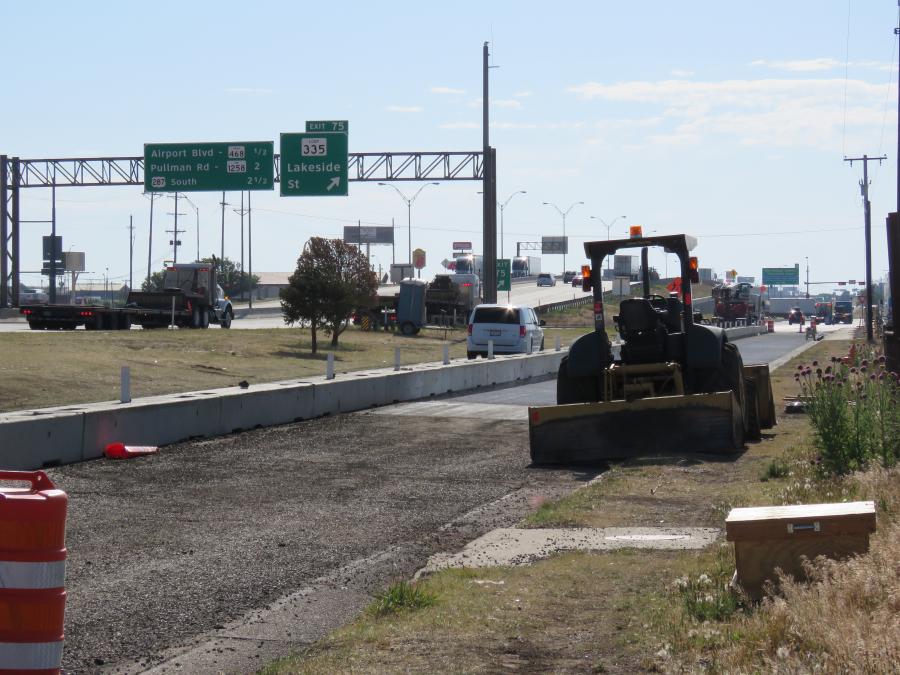 "I-40 is a major freight corridor and the challenge is keeping the impact to our customer and stakeholders to a minimum is vital," said Roy "Corky" Neukam, TxDOT's Amarillo Area Engineer. "The overall work is good, high quality in terms of workmanship."

Access to the various work sites (road and bridge) is limited due to the one-way frontage roads, but TxDOT is doing what it can to help the general contractor bring materials and equipment in and out of the job sites.

"The working relationship is built on partnering and common goals for achieving a good quality product," said Neukam.

This is an equipment-driven job and a GOMACO 2800 slipform paver is playing a key role in the construction. "It's the workhorse in Texas for concrete paving," said Neukam.

The bridge work is based on demolition and reconstruction, a process that spans several months.

"This is a six-lane interstate with frontage roads and to demolish and rebuild the WB bridges, we had to shift traffic to the EB lanes," said Neukam. "In general, demolition took 10 percent of the time to replace a bridge. The construction process is based on installing the MSE walls and embankment; drilling shafts and putting in columns and caps, aiming beams, placing precast concrete panels, and tieing steel; and pouring the concrete deck, along with your bridge rails. About 200 soil nails were placed for each of the MSE retaining walls that were installed and the drilling machines were crucial to getting it done.

"The work is going smoothly," he added. "Our contractor and subcontractors are very skilled and they know what they are doing. The bridges are located on a straight corridor and you have to consider the travelling public and stakeholders by providing exit and entrance ramps for all the businesses. We ensured that when one bridge was closed, that we could provide access to both sides of the frontage roads on the remaining one."

The road work associated with the bridge work is proceeding well and should be completed in the last quarter of 2021.

The initiative is designed to improve traffic operations, mobility, and safety along a 4.26-mi. portion of the I-40 corridor. The work also includes the reversal of the westbound ramps between Spur 468 (Airport Drive/Juett Attebury Drive) and Whitaker Road, and ramp profile modifications of the remaining ramps. 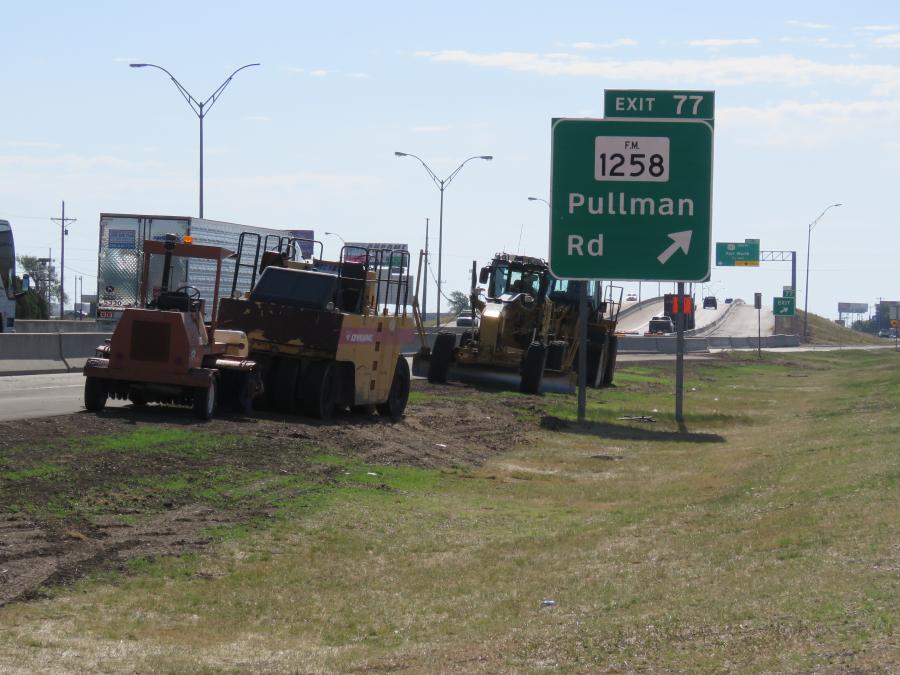 The work zone in Potter County extends from west of Whitaker Road to the U.S. 287 split.

The six bridges, which are crucial to traffic flow for commuters and commerce, were built in the late 196os. They are still safe to drive on, but can longer carry oversized trucks and those carrying loads above 89,000 lbs.

"The inspections indicate the deck and other concrete elements are suffering from chloride damage from road salts," said Kit Black, TxDOT's director of transportation, design and engineering, Amarillo district. "This chloride damage is causing the load rating to be lower than the design value. Further decline of the load rating would cause the bridges to be load posted, limiting the weight of the freight allowed to cross the bridges. Since this is interstate traffic, this would cause major disruption to cross-country freight traffic. I-40 is the primary east-west freight corridor between IH 20 and IH 70. There are few, if any, alternatives."

The reconstruction has broad community support.

"This project has involved several stakeholders from truck stops to restaurant chains to tire and car dealerships," said Sonja Gross, public information officer for TxDOT's Amarillo District. "TxDOT involved these partners early in the process through a series of public meetings and continues to keep in constant contact through traditional and social media, e-mail updates, in-person meetings as requested and other means. We couldn't do a project of this nature without the support of our stakeholders and we appreciate their continued support and patience as we work to deliver a quality project that will ultimately benefit them and their customers in the long run." 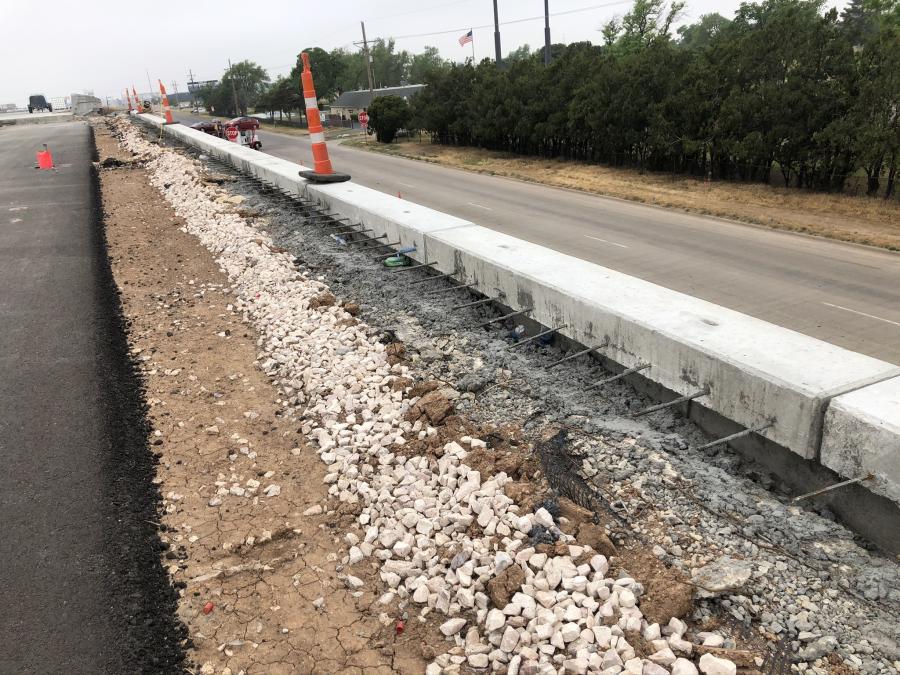 Instead of breaking the work into back-to-back contracts, they were combined as the work was similar for all three locations and, most importantly, it is expected to shorten the construction time, save money, and minimize traffic impacts.

The bridges and road infrastructure were designed by WSP USA, Inc.

"Minimizing impact to traffic, businesses, and the public is always a major goal for TxDOT, and doing so on an interstate with a large volume of truck traffic is sometimes a challenge," said Black. We planned and implemented phased construction for these bridges in a way that minimized this impact. Seventy years is the minimum design life we hope to see for these bridges. Mechanical stabilized earth retaining walls and soil nails with fascia were used for this project. These methods minimize depth of construction and, therefore, decrease the time for construction."

The traffic management plan is based on switching traffic from the bridges that have been and are being demolished and detours.

"Roadway work zones can be hazardous, both for workers and motorists who drive through the complex array of signs, barrels and lane changes," said Gross. "We are reminding motorists to always be attentive, drive with caution, and always follow posted work zone speed limits."

The amounts of concrete, steel, and asphalt being removed via excavations and demolitions and new construction are still being tallied.

Materials are being recycled on-site.

"They are being recycled through recycled asphalt pavement," said Neukam. "We mill that up and incorporate that into our new mix." 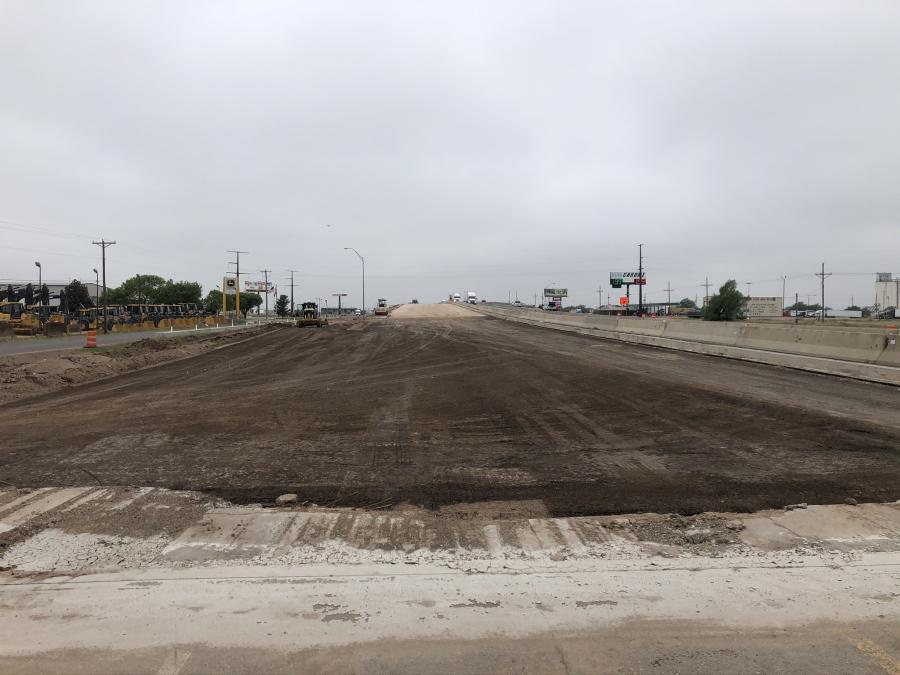 "TXDOT has several recycling efforts throughout the year, whether they're internal or external on job sites," said Gross, "because we know the importance of protecting this environment in which we inhabit and we'll continue to be good stewards of it."

JLM is using cranes, excavators, dozers, loaders, rollers, pavers, and other standard construction equipment. Some of the equipment is manufactured by John Deere, Dynapac and GOMACO.

Neukam, who has been with TxDOT for 12 years, has been involved in many projects.

"I've learned and expanded on customer service and dedication to our stakeholders," he said. "The importance of business along our frontage roads is something we recognize and we have to mitigate and reduce the amount of delays and impacts to any of our customers and stakeholders."

Completion of the project, which began on April 1, 2018, is expected in September 2022. While multiple funding sources are involved, Propositions 1 and 7 that were approved by Texas voters in recent years has allowed TxDOT's Districts, including Amarillo's 17-county District, to greatly address aging infrastructure. CEG