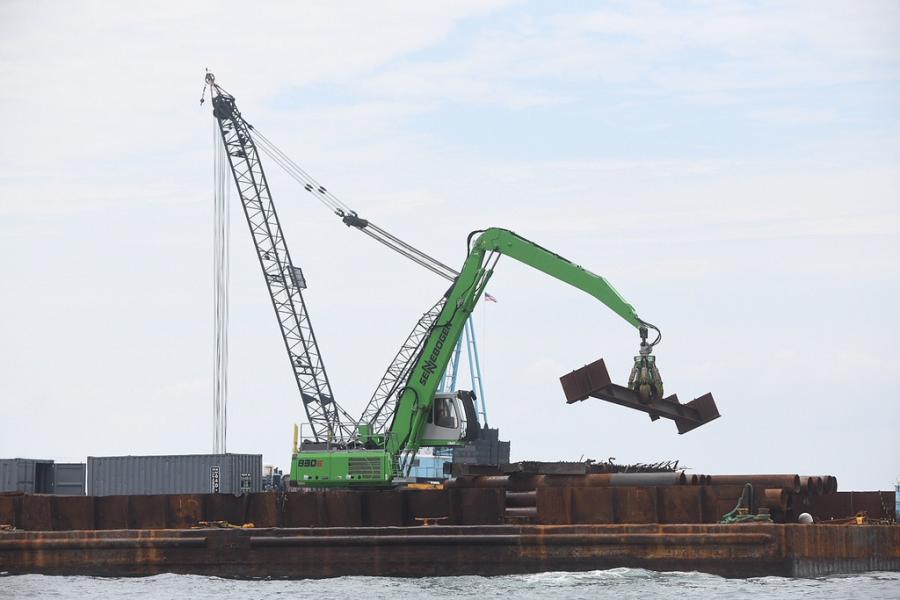 The materials for the reef expansion will be strategically placed to improve New York's diverse marine life and boost Long Island's recreational, and sport fishing and diving industries.

Announced in April, the program is poised to bolster 12 artificial reefs off the shores of Long Island — the largest expansion of artificial reefs in state history. The materials for the reef expansion will be strategically placed to improve New York's diverse marine life and boost Long Island's recreational, and sport fishing and diving industries. In addition to the inaugural expansion of the Shinnecock Reef announced May 31, five additional reef sites will be enhanced this year at sites off the shores of Smithtown, Moriches, Fire Island, Hempstead and Rockaway.

"Long Island's economy thrives when there are fish for anglers to catch and recreational opportunities to explore marine life along the coast," Cuomo said. "These artificial reefs are an investment in a stronger, more diverse marine ecosystem that will bolster the economy and bring a new purpose to the former Tappan Zee Bridge that will continue to serve New Yorkers for generations to come."

At Cuomo's direction, and with multi-agency coordination, recycled materials from the Department of Transportation, Canal Corporation and the Thruway Authority will be used to develop New York's artificial reef sites and increase the biodiversity of these habitats for a variety of fish and lobsters. Construction of New York's first artificial reef dates back to 1949, and this latest initiative marks the state's first coordinated effort to stimulate the full environmental and economic benefits of artificial reefs.

On May 31, a total of 1,093.2 tons of materials were added to the Shinnecock Reef. Barges dropped 885 tons of clean, recycled Tappan Zee Bridge material, as well as deconstructed New York State Department of Transportation project materials, including:

In addition, the state placed three decommissioned Canal boats at the reef, including a 110-ft. barge, a 74-ft. tugboat and a 40-ft. tender. The 35-acre reef is located two nautical miles from shore and is 85 ft. deep at its deepest point.

New York's marine resources are critical to the state's economy, supporting nearly 350,000 jobs and generating billions of dollars through tourism, fishing and other industries. More than 500,000 anglers in the region will reap the benefits of this initiative, supporting the region's growing marine economy which accounts for approximately 9.7 percent of Long Island's total GDP.

These artificial reefs are an investment in a stronger, more diverse marine ecosystem that will bolster the economy and bring a new purpose to the former Tappan Zee Bridge that will continue to serve New Yorkers for generations to come.

Acting State Department of Transportation Commissioner Paul A. Karas said, "We are enormously proud of our contribution to the largest artificial reef in New York State's history. Long Island is renowned for its abundance of outdoor recreational activities, which Governor Cuomo has been an unequaled supporter of throughout his Administration. At the Department of Transportation, we are in the business of building infrastructure and promoting economic development, and this new reef will build a new infrastructure right off the coast that will protect fisheries and ecosystems while providing a new foundation for tourism and economic growth on Long Island."

Thruway Authority Acting Executive Director Matthew J. Driscoll said, "Recycling and repurposing materials from the Tappan Zee Bridge to expand the state's environmental resources and boost economic development is the outcome of Governor Cuomo ensuring that government at all levels work together to achieve results. It is rewarding to know that the Tappan Zee Bridge, which served the Thruway Authority admirably for decades, will now benefit Long Island communities in its new capacity."

Throughout the summer, state agencies will be deploying 33 barges of Tappan Zee Bridge recycled materials and 30 additional vessels that have been cleaned of all contaminants. A total of 43,200 cu. yds. of recycled Tappan Zee Bridge material, 338 cu. yds. of steel pipe from DOT, and 5,900 cu. yds. of jetty rock will be submerged and added to six reef sites as part of the first phase of this initiative.

The reefs are built out of hard, durable structures such as rock, concrete and steel pipes, and usually in the form of surplus or scrap materials that are cleaned of contaminants. After materials and vessels settle to the sea floor, larger fish like blackfish, black seabass, cod and winter and summer flounder, move in to build habitats within the new structures, and encrusting organisms such as barnacles, sponges, anemones, corals and mussels cling to and cover the material. Over time, all these structures will create habitat similar to a natural reef.

Artificial reef construction is part of Governor Cuomo's NY Open for Fishing and Hunting Initiative, an effort to improve recreational activities for in-state and out-of-state sportsmen and sportswomen and to boost tourism opportunities throughout the state.