Grade Above Others Lives Up to Its Name on Latest Project 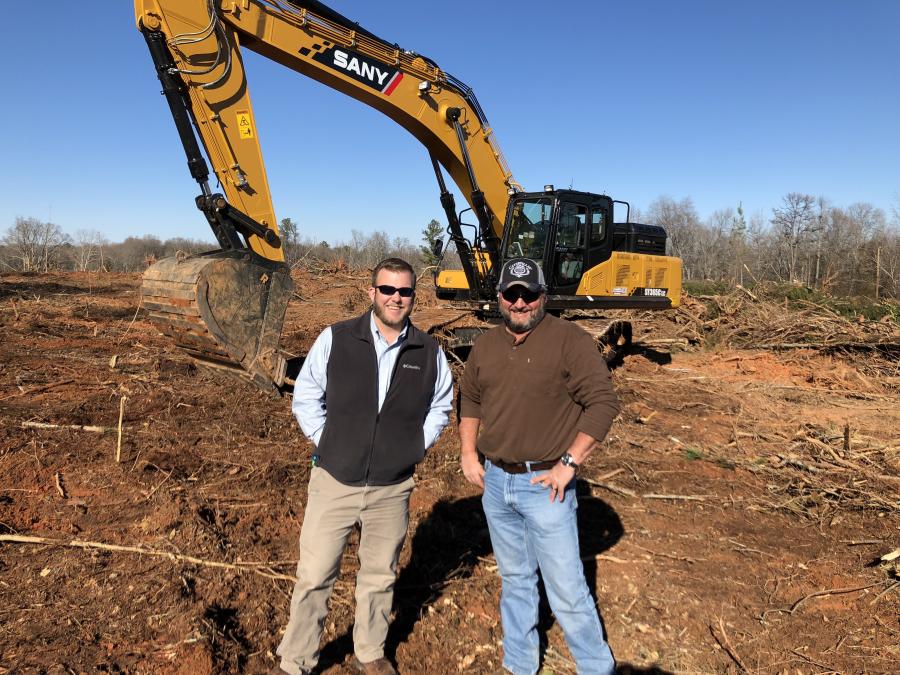 Grade Above Others, a construction company based in Spartanburg, S.C., is living up to its name on its latest project — Phase 1 of the 117-acre HeartRidge Manor subdivision.

The company is currently ahead of schedule on the 135-home development. Phase 1 was supposed to take six-and-a-half months, but right now, Grade Above Others is running about three-and-a-half weeks ahead of schedule. Its responsibilities on the job include site prep for the homes from start to finish, including clearing, curbing, grinding, disposal of mulch and, finally, mass grading.

According to Thompson, a bigger crew helped make it possible to move ahead.

“We had two big crews for about two weeks waiting on permits from another site, so I brought them in, and we hit the dirt quickly,” he said. “Now that we're into the storm drainage phase of it, we just added on another storm sewer crew to help go ahead and start getting the pipe in. We've got a lot ready, and we need to contain and manage the water, so we brought another crew in and added another storm crew.”

SANY Equipment Is the Driving Force 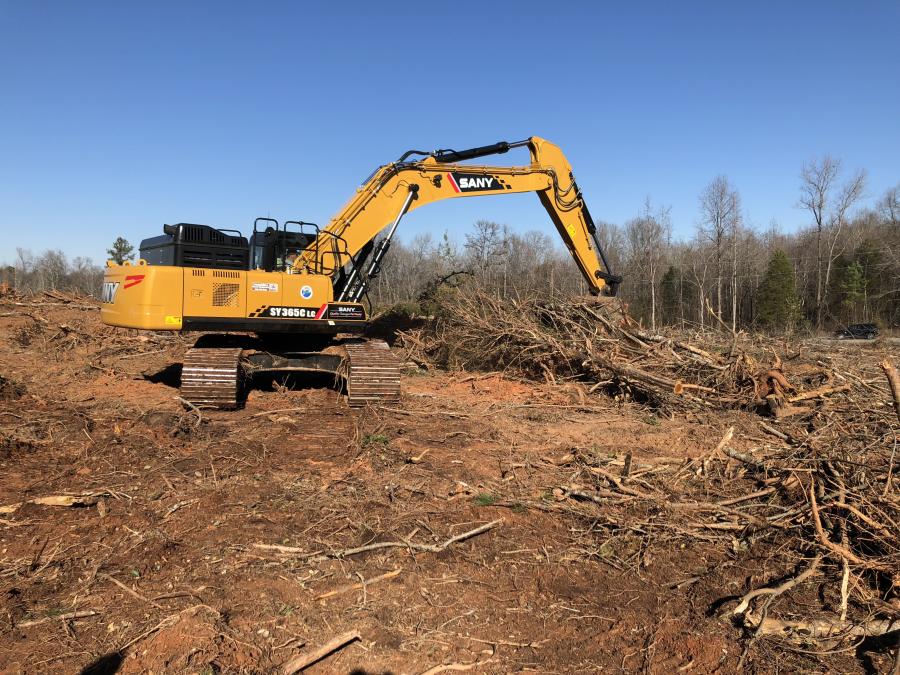 Thompson also said the right equipment, and more of it, has helped the company maintain its pace. A Grade Above is using two SANY 235 excavators, a SANY 365 excavator, a SANY SY 200 motorgrader, five Caterpillar 336 excavators, five 30-ton Cat trucks and a Volvo 210 excavator.

The SANY equipment in particular, he said, is helping crews get work done, and it all comes down to the engine.

“Once you strip it down and get down to the heart of the machine, it's basically the motor, transmission and the pump,” said Thompson. “I love that SANY machines come with Cummins motors in them. I can go to 30 different places and find parts for Cummins motors, but, on a lot of machines, it's harder to find the parts to get you up and going quickly.

“Cummins is a great motor, and then on the pump and transmission side, they are built with the same kind of pumps that are known to have reliability. So, to me, with the reliability and the price that the SANYs are offered at — it is a huge savings.”

He also said the SANY excavators are fast and extremely productive.

“They're just as good on fuel consumption, said Thompson. “Production is just as fast. It's got just as good of breakout force, and the speed is great. The travel speed is very good. We've been very happy with them.”

Grade Above Others relies largely on The Ironpeddlers, a Monroe, N.C.-based parts and equipment seller, for its SANY and other equipment needs. Thompson estimates that 95 percent of his equipment has come from Ironpeddlers.

“I like their lease-to-purchase program,” he said. “It's good for tax purposes, and then it also gives us an opportunity to obtain more equipment. If we have a lot of equipment hitting a job hard, and we need more, they always have it.”

He also likes that the company is close to his home base and the company's job sites.

“Ironpeddlers has locations all over, they've got one here [Greenville, S.C.] within 15 miles of us. So, we can get ahold of them and say, 'hey, a problem came up. What can you do?'”

Thompson got his start in the grading business after high school with one of his friends scraping driveways for a small paving company, but he had also been around the industry his whole life, like others in his family.

“My father and grandfather had been in it all their lives, but my grandfather got sick and I never had the chance to work with him,” he said. “My father ran equipment for other people, and, when I got out of high school, I went to work with M. B. White Contracting out of Spartanburg. At age nineteen, I was a foreman for them, which gave me the opportunity to start doing some driveways and other things.

“After they went out of business, I got a job as a foreman for Eagle Construction Company on the I-85 Bypass around Spartanburg, but then I left and purchased a Bobcat and a flatbed. One of the guys that we were scraping a driveway for asked if we could grade a street. And I told him, 'yes,' and told him that I had worked on road projects on I-85.”

“I rented a couple pieces of equipment from Ironpeddlers — I think that was 1992 — and graded the road. It's been growing ever since, and we are running as hard as we can go.”

The Ironpeddlers has been serving the construction equipment industry since 1974. The company specializes in helping to keep machines running in top shape with its vast parts inventory and dealer network. The company's skilled technicians can repair its customers' broken equipment, allowing them to stay on track.

The Ironpeddlers also is a dealer of SANY equipment and offers a large selection of used equipment. With five locations across the Southeast, the company has its customers' heavy equipment needs covered.