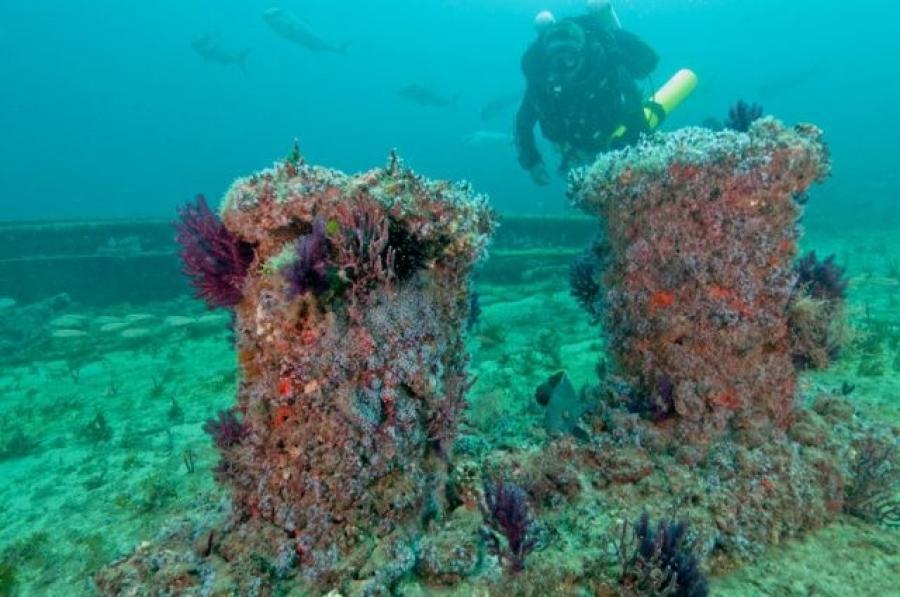 KILL DEVIL HILLS, N.C. (AP) A fishing group has received a state grant to build a new artificial reef off North Carolina's Outer Banks in hopes of luring anglers as well as the fish they aim to land.

The Virginian-Pilot of Norfolk reported the North Carolina Division of Marine Fisheries awarded the two-year grant to the Outer Banks Anglers Club, which hopes to enhance the fishing reputation near the shore along the state's famed barrier islands. The agency used money from the sale of coastal recreational fishing licenses, according to club spokesman Tony Lombardi.

“We're trying to make inshore fishing equal to what they get offshore,' said Dick Parker, chairman of the artificial reef committee for the anglers club.

Artificial reefs have helped create a world-class fishing reputation near the shore in southeastern North Carolina. The new artificial reef will be constructed eight mi. south of Oregon Inlet by sinking a decommissioned ship more than 100 ft. long with an added 2,000 tons of assorted pieces of concrete pipe up to 8 ft. long and more than 6 ft. in diameter.

Another 6,000 tons of concrete and possibly another old ship will go into the site during the second year of the grant, Lombardi said. Concrete from the demolition of the old Bonner Bridge will go toward beefing up the existing four reefs in the area and will not be used at the new reef, he said.

Only four artificial reefs lie offshore from the Outer Banks near Oregon Inlet, and no new material has been added to the four in 10 years, according to Parker. Over time, reefs tend to sink and deteriorate and become less effective, he said. The new reef and the additions to the existing reefs will make a big difference, he said.

“This means better opportunities to catch more fish,' he said.