Grasping OIL Needs… From the Derrick to the Doghouse and More


In less than six months, Brady Crane Service of Healdton, Okla., has logged more than 560 hours on its new Link-Belt 120-ton (110-t) TCC-1200 telescopic crawler crane. Brady Crane Service also has more than 2,000 hours on its 110-ton (100-t) TCC-1100. The company's workload consists mostly of oil and gas — unloading and assembling drill rigs. In most cases, up to 80 truckloads are unloaded for a fully functioning rig.

"We use three cranes, two to tear the rig apart from the old site and a third to begin assembly of the rig at the new site. Once we get to a certain point, we'll switch and put two at the new site to build up substructures," said Robin Watts. 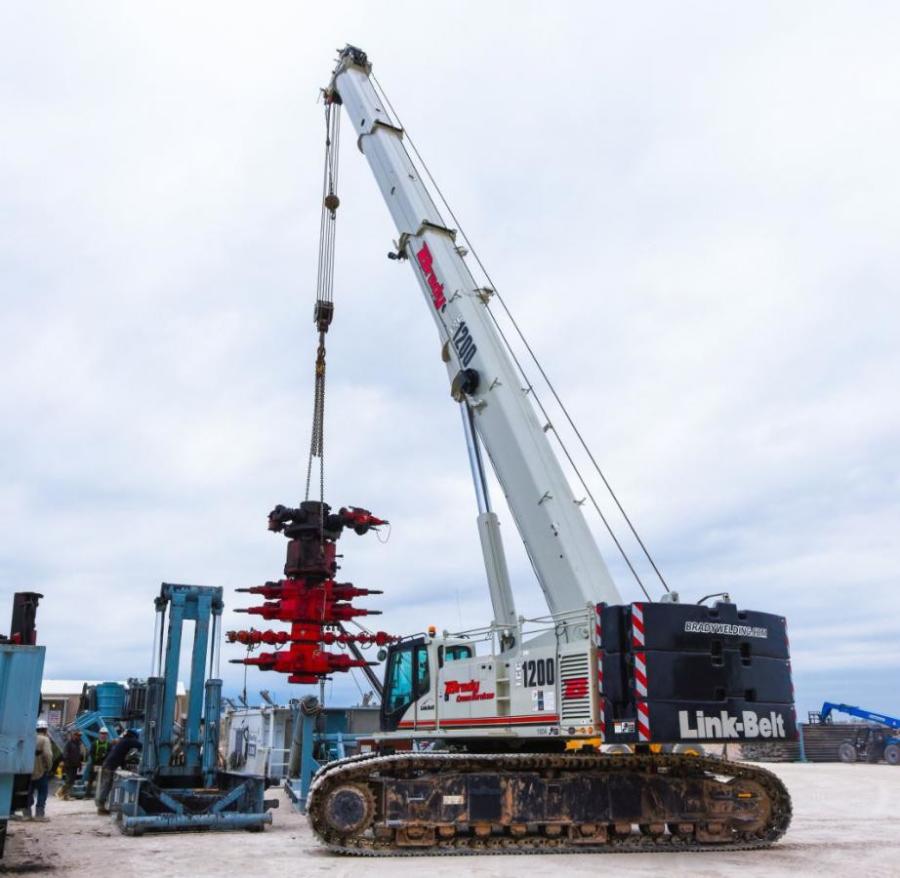 Brady is erecting a 2500 hp triple box, hauled 120 mi. from the previous site to Lindsay, Okla. The TCC-1200 is used to load and unload trucks, and pick and carry everything from the derrick to the doghouse, substructure, top of the substructure, to the draw works.

Substructures are a tandem lift. A larger (in tonnage capacity) all-terrain crane is brought in and stays on one end with the load while the TCC-1200 picks and carries the substructure from its drop off point, travelling around the center point of the rig.

"We can mobilize the 1100 and 1200 quickly since no outriggers are involved. You can pick and carry with your full range of chart. Whatever we tie up to, if it is within our chart, we know we can move it as long as it is level," said Watts.

"Having a crane capable of handling that extra weight is important," said Watts.

Whether assembling or breaking down the new TCC-1200, operator Justin Browning estimates that it takes 45 minutes to move the 120-ton telecrawler.

"We haul it down the road in four trucks: one large truck with the super structure, being under 90,000 lbs., two smaller trucks for a track and carbody counterweight on each truck, and the fourth truck for the other counterweights," Browning said. CQ