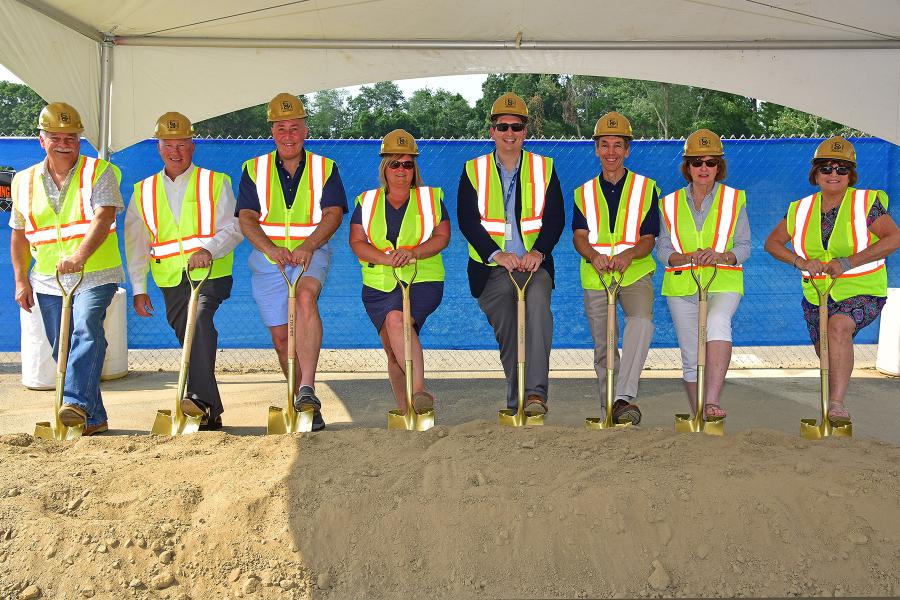 A groundbreaking recently was held to kick off the Consolidated Early Learning Academy project in New Fairfield, Conn.

This project consists of the construction of approximately 41,000 sq. ft. of building addition to an existing elementary school building as well as limited renovations and upgrades to corridors, vestibules and teaching spaces in the existing building. The new addition is built adjacent to the existing building with several areas proving connecting access. The project also includes both new and replacement sitework and exterior features.

Major sitework consists of all new underground utility work, pavements and drives and the construction play areas. The existing school building and exterior areas outside of construction fencing will be occupied by students and staff during the construction period.

The O&G Building Group is the construction manager, JCJ Architecture is the project architect, Colliers International is the owner's project manager. The project is expected to be completed in fall of 2022 and will meet the State of Connecticut High-Performance Building Standards.