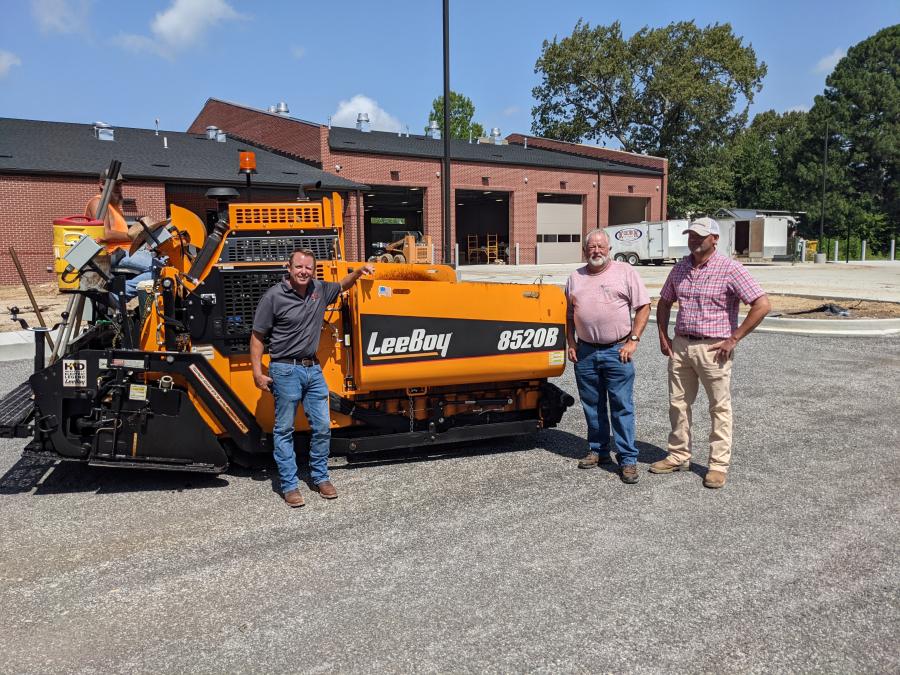 Ronnie Geurin was working as an operator doing custom dozer work when he decided to explore business opportunities in the local construction market that would provide more predictable and steady work.

He considered the ongoing development in southwestern Kentucky and saw paving as offering the opportunities he was looking for. 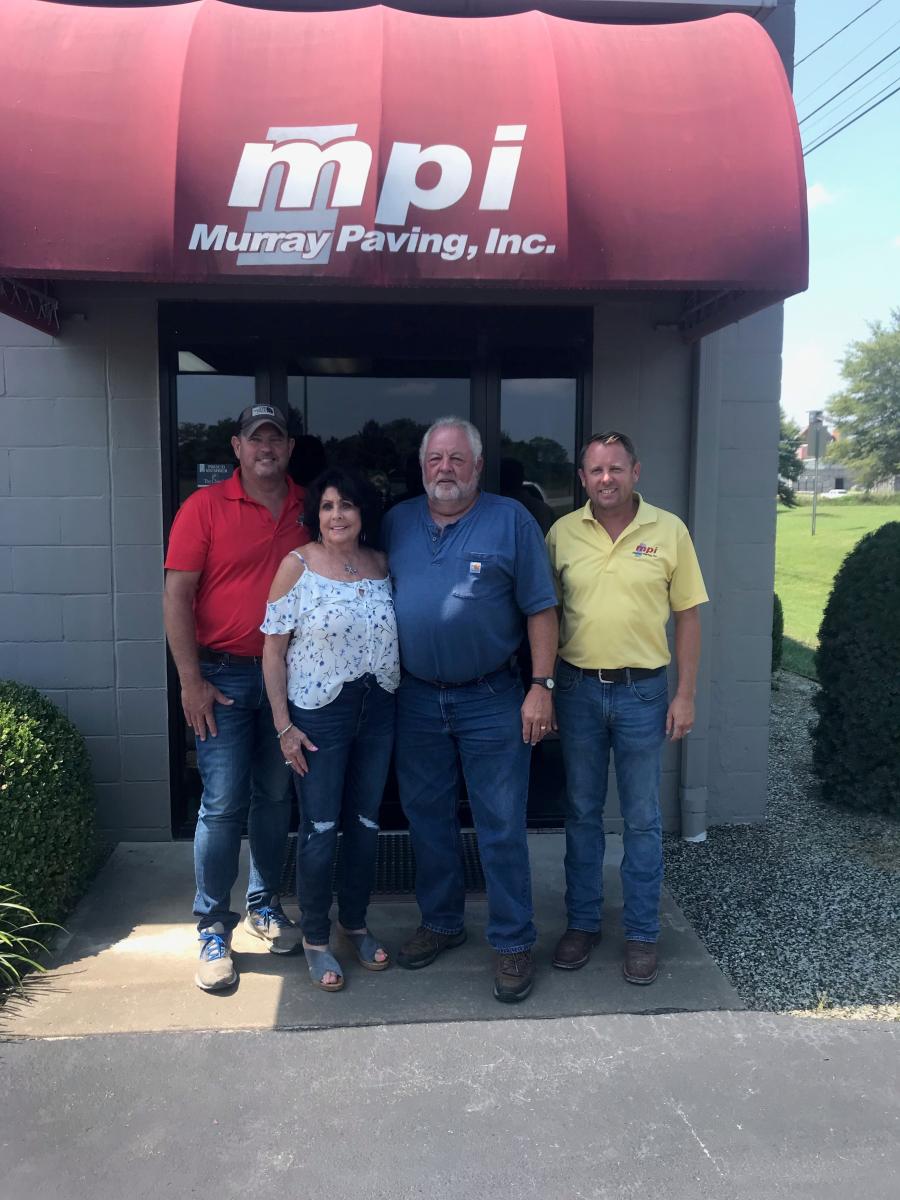 Growth and diversification have defined the company since its founding. Originally, Murray Paving Inc. did excavation site work in support of its paving operations and also offered sealcoating services. The company also opened an asphalt batch plant in 1992, which it outgrew and subsequently added an asphalt drum plant four years ago. With the volume of paving work, the company elected to halt its excavating operations in 1994 and sold off its sealcoating business to focus entirely on paving.

Soon after founding the company, Geurin decided to add a paver to his equipment fleet to meet the demands of his expanding operations and purchased a used paver at auction. While he saw the potential for increased efficiency with the acquisition, the paver he purchased wasn't up to the task and he began to investigate the purchase of a new paver.

Based on the scale of the projects his company was undertaking, he decided to purchase a LeeBoy paver in 1982. That initial purchase led to a strong respect for the design and build quality of LeeBoy machines, he said, and as his company continued to grow, so too did his fleet of LeeBoy equipment.

"When I purchased my first LeeBoy, the Lee family was still directly involved with the company," Geurin said. "I was impressed with Mike Lee's hands-on approach and accessibility." At the time, Lee was vice president of product development.

"I went to the LeeBoy plant in North Carolina when the 8500 asphalt paver was first introduced and purchased one from the line while it was still in sheet metal," Geurin said. "A year later, Mike Lee called to explain that they'd developed some improvements to the paver and said if I hauled my 8500 to the factory, they'd do the upgrades at no charge."

Geurin added that while the reason he initially purchased his first LeeBoy paver was due in large part to the Lee family's involvement, the reason he has kept coming back is the combination of outstanding equipment paired with exceptional support.

Murray Paving also has two Komatsu loaders at work at the company's asphalt plants, also purchased from Brandeis. But for Geurin, his company's LeeBoy machines are his "bread and butter," he said.

"LeeBoy pavers are engineered to save labor, they're easy to move from job site to job site and they have all the features of larger machines at a fraction of the cost." 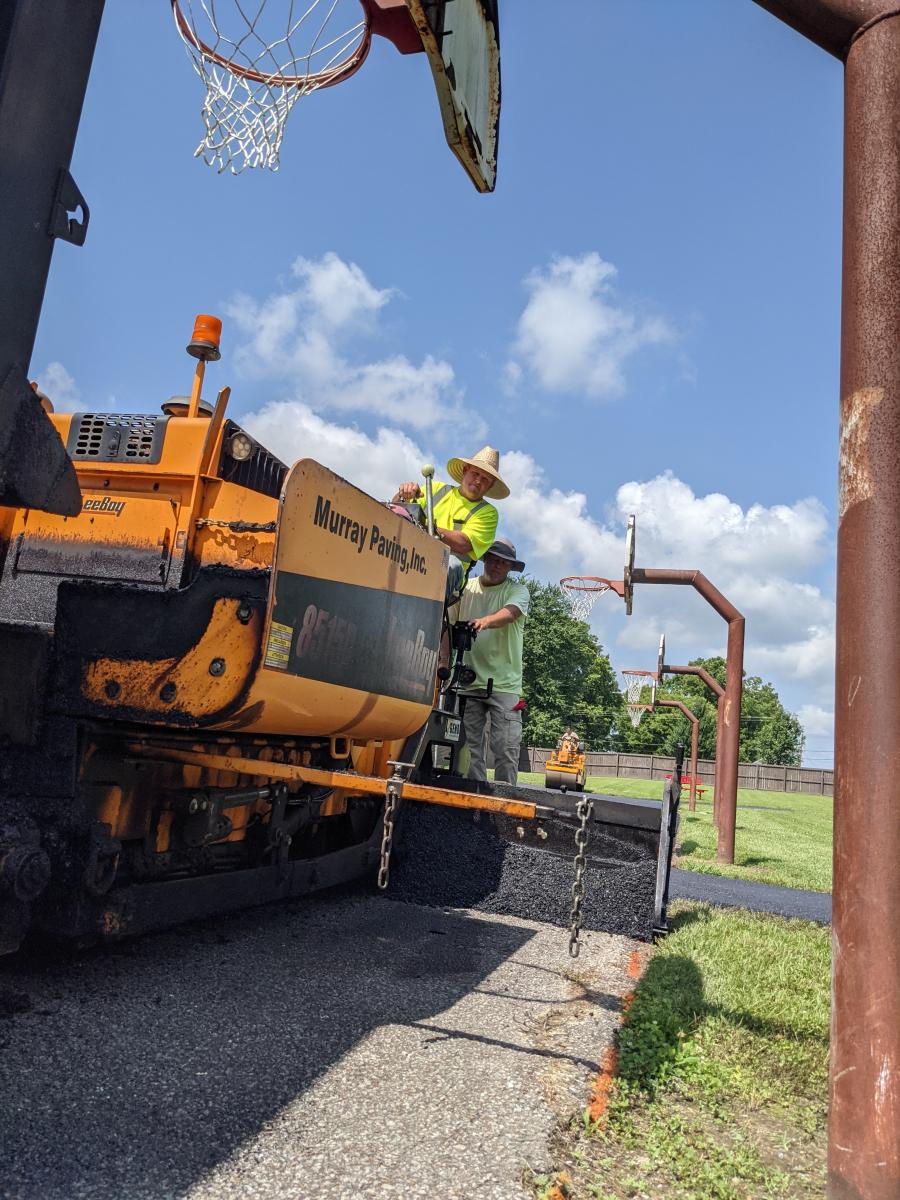 Although Murray Paving has a technician on staff, the company relies on Brandeis' trained service technicians for more complex technical issues.

"They understand that we're a seasonal business and they get right on it if there's an issue with one of the machines," he said.

"Chad [Porter] is extremely knowledgeable and his hands-on approach demonstrates a genuine interest in my business," said Geurin.

The respect is mutual.

"Murray Paving's quality of work is second to none," Porter said. "As a representative for Brandeis, we're proud to be associated with Murray Paving in providing them with the LeeBoy equipment that fuels their ongoing success."

"Tony [Wight] provides a wealth of knowledge and is always eager to be a part of not only the sales, but also the customer service process," Porter said. "He can take a look at a paver on the job site and know immediately what adjustments are needed to improve mat quality."

Geurin recently added to his company's substantial fleet of LeeBoy equipment with the purchase of a new LeeBoy 8520B paver. The 8520B is designed and engineered for county roads, driveways, municipal work, parking lots, state roads and subdivisions. The 8520B paver has an above-deck generator, front-adjustable conveyor chains to fine-tune tension without the need for lift conveyors and a material management system with a wide, slow moving conveyor system to maximize material consistency and transfer to the screed for a flawless mat.

"They are built solid and are long lasting while delivering efficiently with consistent top-quality results," he said.

As well as Murray Paving's new 8520B, the company's LeeBoy lineup includes three 8515 pavers; an 8616B paver; and five LeeBoy rollers. One of his rollers, a LeeBoy 300, purchased in the early days of his business, is still in service and goes out on nearly every job. He's rebuilt the roller several times and claims he "wouldn't trade it for a house in Georgia."